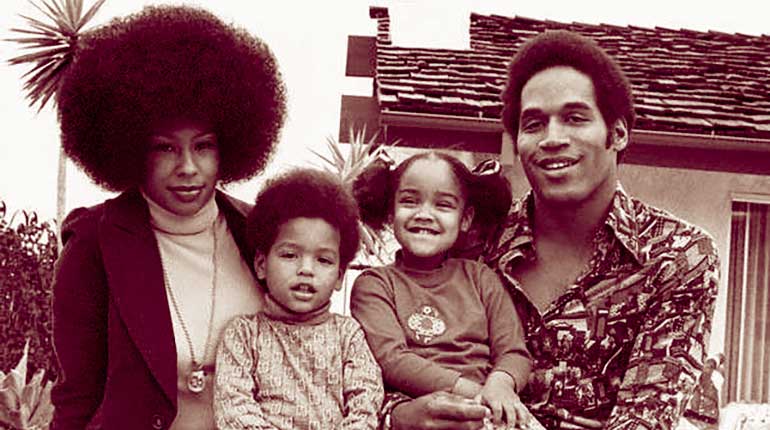 Aaren was born on 24th September 1977, in the United States of America. She held American nationality and belonged to mixed ethnicity. The name of her parents is father O. J. Simpson and mother Margurite L. Whitley.

What Was Aaren Simpson’s Cause Of Death?

Aaren was only one year and eleven months when she passed away. She passed away after she accidentally drowned in the family’s swimming pool on 18th August 1979. She then was in a coma for a while before taking her last breath.

Even though Aaren Simpson’s family successfully rescued her and rushed to the hospital, the University of California Medical Center in Los Angeles, they could not save her. According to the St. Petersburg Times, she was pronounced dead on 26th August 1979. Then, sources mentioned respiratory failure as the reason behind her death.

Aaren’s parents and family were much devastating at the time, as they were going through a divorce in early 1979.

Family friends and close members attended the private funeral. She then was buried in Holy Cross Cemetry, Culver City, Los Angeles. After she died, her father made some donations to the UCLA cancer research center.

Aaren’s parents tied the knot on 24th June 1967. Her father was only nineteen years old when she tied the knot. In the following year of marriage, Marguerite gave birth to their first child, daughter Arnelle L. Simpson.

Aaren Simpson’s parents are no longer together as their divorce was finalized in 1979. Sources have mentioned her father’s extra-marital affair with Nicole Brown as the reason behind their separation.

OJ Simpson and Nicole first met while she was working at a nightclub, The Daisy as a waitress. They started dating even when he was married to Marguerite.

Sadly, O. J.’s second marital life also did not work out. Seven years later, his second wife filed for divorce on 25th February, where she mentioned irreconcilable differences as the reason behind the divorce. The court finalized their divorce in 1993.

Aaren Simpson’s Mother Is Married Twice After Divorcing Her Father

Sources like Vogue has mentioned that Aaren’s mother Marguerite married two more men after divorcing her husband, O. J. A couple of years after separation, she married Rudolph Lewis in 1986. However, they divorced in 1991 after five years of marital life.

In the following year, she tied the knot with Anthony Thomas, who is a furniture sales representative. Now, it is not mentioned whether they are still together or already divorced.

As of now, Marguerite is totally off the headlines and is leading a low-key profile.

J. was accused of murdering his second wife and friend Ron Goldman after they were found dead by stabbing outside her condo in Los Angeles on 12th June 1994. However, he was not found guilty.

In 2007, Simpson was again arrested for kidnapping and armed robbery in Las Vegas.

During one of the interviews with Walters, O.J.’s first wife, Marguerite, claimed that her former husband never abused her in their twelve years marriage. She also confirmed that her ex-husband was innocent in Nicole and Ron’s murder.