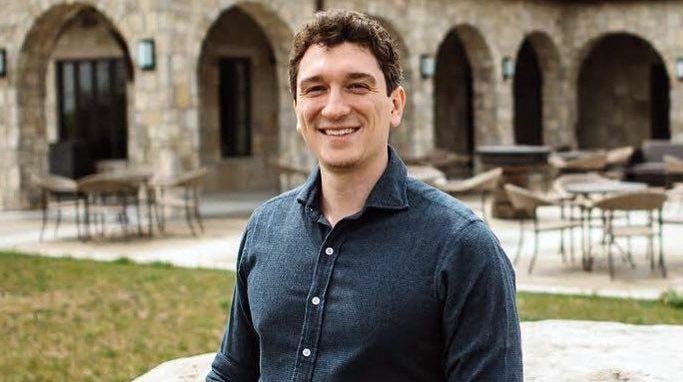 Alex Lagina is an American television producer and an actor who is best known for his casting in the series ‘The Curse of the Oak Island.’ He is also the only son of Marty Lagina, an engineer by profession and the executive producer of the same television reality series.

Talking about his early life, Alex Lagina was born in 1987 in Traverse, Michigan, the USA, to his father, Marty Lagina, and his mother, Margaret Olivia Lagina. He was raised in Traverse along with his sister Madelin (Maddie). They both spent their childhood in the same city.

Alex is close to everyone in the family, especially his father, Marty. Hence, he tries to follow his father’s footsteps in every step of his life.

Currently, Alex is a general manager at an Italian wine company and also makes appearances in his family’s show business.

Apart from the television series, he also has an indirect contribution from his additional business of winery in Traverse City, Michigan, that adds up to his net worth. As per reports, his father, Marty Lagina, has a net worth estimated at $100 million under his name.

After graduating from college, Alex went back to his hometown to continue the family business. But he started his own business in the development of Mari Winery because of his father’s interest in the winery.

With the success of the award-winning Mari Vineyards wines, he shifted his focus to support the expansion of the vineyards and the construction of the new winery on Old Mission Peninsula in Traverse City, Michigan.

He is also the manager of his Mari Vineyards Wines.

The Lagina family owns a large wind turbine company, which is considered the largest in the state of Michigan. This business is also managed by Alex when he is available.

After spending a lot of time in his hometown, Alex then got more interested in his father’s and uncle Rick’s film business of Oak Island. He later joined the business and became the producer and the cast of the series.

He came into fame after filming for The Curse of Oak Island. The show followed Alex, his father Marty Lagina, and his uncle Rick Lagina as they attempted to use modern technology to hunt for hidden treasures on Oak Island, which is off the coast of Nova Scotia.

The series became a big success for the family. Thus, the series of ‘The Cursed of the Oak Island’ continued with several other seasons, which the Lagina family and Alex himself produce.

Despite being successful and popular among the public, the show has been under various controversies due to its high risks to danger and life-death situation of the people.

Alex seems to be a private person whose details about his personal life have not been made public. Moreover, there has not been any speculation about his married life or relationship with any woman either.

As a result, it is assumed that Alex is single and is really dedicated to his work. He doesn’t have any children as of the present day.

There have been many rumors relating to Alex Lagina’s death, mainly because he has remained inactive in his social media, and to top that rumor, there have been a number of reports stating the deaths that occur in Oak Island.

This fact hinted that Alex might have been dead while shooting for the show on the set. It was also reported that someone’s son died while filming. But it turns out that it was not Alex, but a guy named Drake, a fellow cast member, who actually lost his life.

The rumors surrounding the death of Alex have never been officially confirmed by his own family nor media outlets.