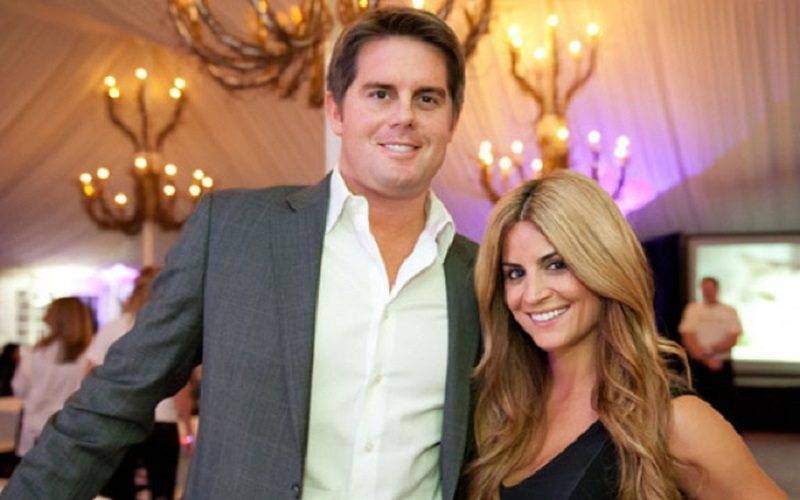 Alison Victoria is a seasoned interior designer and Tv personality. If you stumble upon the HGTV network, then you might recognize her from reality shows like Kitchen Crasher and Flipping Across America. As you might have guessed already, Alison is quite experienced when it comes to flipping properties she has renovated.

Victoria first started designing in the late 90s. Back then, she was one of the youngest designers employed by Christopher Homes. There are reports that Alison and her spouse, Luke Harding, are separated. Moreover, she could even be dating a new partner right now.

Like most modern couples, Alison and Luke Harding first met on a dating website in 2011. They were both members of match.com, a website specifically designed to link people with shared interests and values.

Alison was finding her feet as a television personality at the time. Luke, on the other hand, was an established entrepreneur who was at the helm of a prestigious insurance company.

They first communicated online before eventually setting up a date in the real world. Three years after dating, Luke decided to propose to Alison Victoria. He took her to one of the most romantic cities globally, Paris. If that wasn’t enough, Luke even organized a picnic next to the Eiffel Tower, which is where he’d ask her to marry him.

Their wedding ceremony was held at the Drake Hotel, in a private wing designated for ceremonies such as these. Victoria showed up in a wedding dress designed by Rebecca Taylor. At the same time, Harding rocked up in an Adrian Park Piece.

The rest of the 120 guests in attendance had to dress in line with the day’s theme, ‘Midnight in Paris.’ Unfortunately, the two split up after six years of marriage. This was reported back in February 2019.

In a relationship with a long-time Boyfriend, Michael Marks

Michael and Alison met during a tumultuous time. The latter had just gotten out of two long-term relationships essentially. First came the separation from Luke Harding and then the dissolution of her collaboration with her business partner, Donovan Eckhardt.

Alison credits her boyfriend, Marks, for helping her get through the challenging period. It reflects their relationship, which can only be described as strong.

An examination of Michael’s biography tells us that he was brought up in Chicago. Interestingly, Marks has roots in both the Peloponnese region and the Island of Ikaria.

Michael is also a highly educated man. He was enrolled at Boston College, where he got to study at the institution’s School of Management.

After his stint in Boston ended, he tried his hand at Kendell Culinary School. An itch for something new struck once more, and Michael decided to venture into real estate.

He worked at Marcus & Millichap, a real estate firm, for nearly a decade. By 2012, however, Michael had made the switch to Cushman & Wakefield. Presently, Marks is listed as the company’s Managing Director.

Her other relationships and rumors

For a long time, people believed that Alison and her work partner, Donovan Eckhardt. It came after Alison Victoria had described him as her ‘Work husband.’ However, their relationship did not extend beyond friendship. After the bitter fallout, which involved misplaced funds, the two are not on speaking terms anymore.

Other than this, Alison was also rumored to be with a man identified as Kenneth Wayne Johnson. This came after Alison’s touching Instagram post on Kenneth’s birthday.