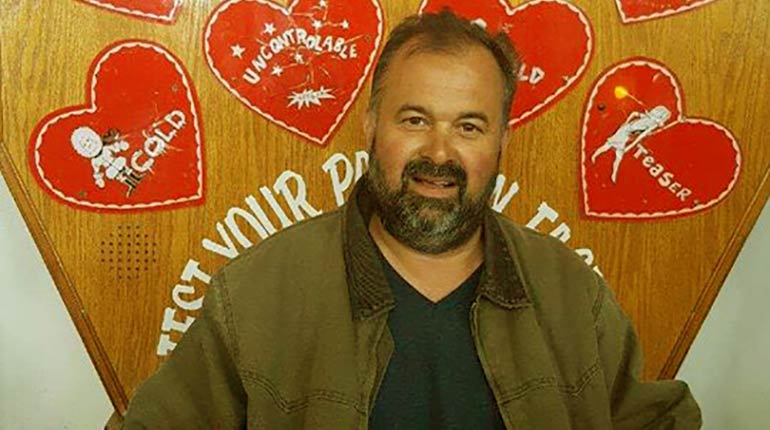 History channel’s American Pickers is a show about antique collection spearheaded by Frank Fritz and Mike Wolfe. With over a decade’s worth of episodes, fans have grown fond of the series as well as it’s co-hosts. As a result, they quickly noticed something wrong with Frank and raised their concern on social platforms. The reality star then revealed that he had been sick for a long time and was braving it through. Here’s a quick update on American Pickers Frank Fritz’s illness as well as information on his weight loss.

What happened to Frank Fritz on American Pickers?

Back in July 2017, the American Pickers star got his first criminal record following an incident on highway I-80-mile marker 282 near Walcott exit. He was arrested driving under the influence after the high patrol got a distress call about a Silver Pickup driving on the wrong intersection.

The police officer eventually flagged him down and prevented any further accidents. According to reports, the reality star failed his sobriety test and admitted to drinking a beer after taking a dose of Xanax as his anxiety prescription.

He was later arraigned at the Scott County Jail, charged with an OWI first offense, and released on a fine of $625. Moreover, the judge also had him on probation and ordered him to enroll for a substance evaluation program.

The 54-year-old actor came clean about his struggles in an interview with Quad-City Times and later on Facebook back in February 2013. Frank’s diagnosis with Crohn’s disease, a chronic illness that affects the normal functionality of the body’s ileum has been part of his life for over three decades now.

Symptoms include diarrhea, bloody stools, abdominal pain, fever, and sometimes skin and eye irritation. The disease not only affects him but his family, friends, and co-workers. For instance, since he is always traveling, the production team may incur extra costs of getting mobile restrooms or canceling the trips altogether.

Other celebrities with similar to Frank Fritz illness

To increase awareness of Crohn’s disease, here are some noteworthy stars also going through the same ordeal as Frank Fritz. Ben Morrison, the comedian, often refers to in as ‘Pain in the Ass’ while Kevin Dineen, the Canadian Right-wing, struggled to come to terms with it.

Others include Thomas Menino, George Steele – a wrestler, Shannen Doherty, Mary Ann Mobley, David Garrard, and Mike McCready. The privileged are also no exemption to the chronic disease. Case in point, President Dwight D. Eisenhower also lived with the disease and won a second term.

Most of the symptoms of Frank Fritz’s illness can easily go unnoticed. However, weight loss is hard to conceal. The reality star has shed a few pounds over the year, as indicated by different sources. This has happened despite adhering to a strict diet to manage his illness. In 2020, he currently weighs about 156 pounds or 71 kg.

Case studies have shown that Crohn’s disease does not affect life expectancy. Moreover, current advancements in medicine and technology have it somewhat easier to manage the illness. Therefore, the rumors going around about American Pickers Frank Fritz’s death are unsubstantiated.

As for his criminal record incident back in 2017, there were no casualties or anyone harmed. He may have missed out on a couple of episodes due to his court-mandated trials. As for the death rumors swirling around the time, the co-hosts laid their colleague Staunton Al Morkunas to rest a month after Frank’s arrest.

The reality star is very much alive, healthy, and dealing with the illness while filming the next season of American Pickers. He even appeared on the latest episode of American Pickers titled Young Grasshopper, aired on March 16th, 2020.

The reason why some of you are dragging American Pickers Frank Fritz’s illness with his death is probably that he doesn’t post much on social media. The last post he made on Facebook was in March 2018 about his motorcycle. Over on Twitter, things are worse and date back to 2016. Regardless of his absence, the reality star is alive and healthy.