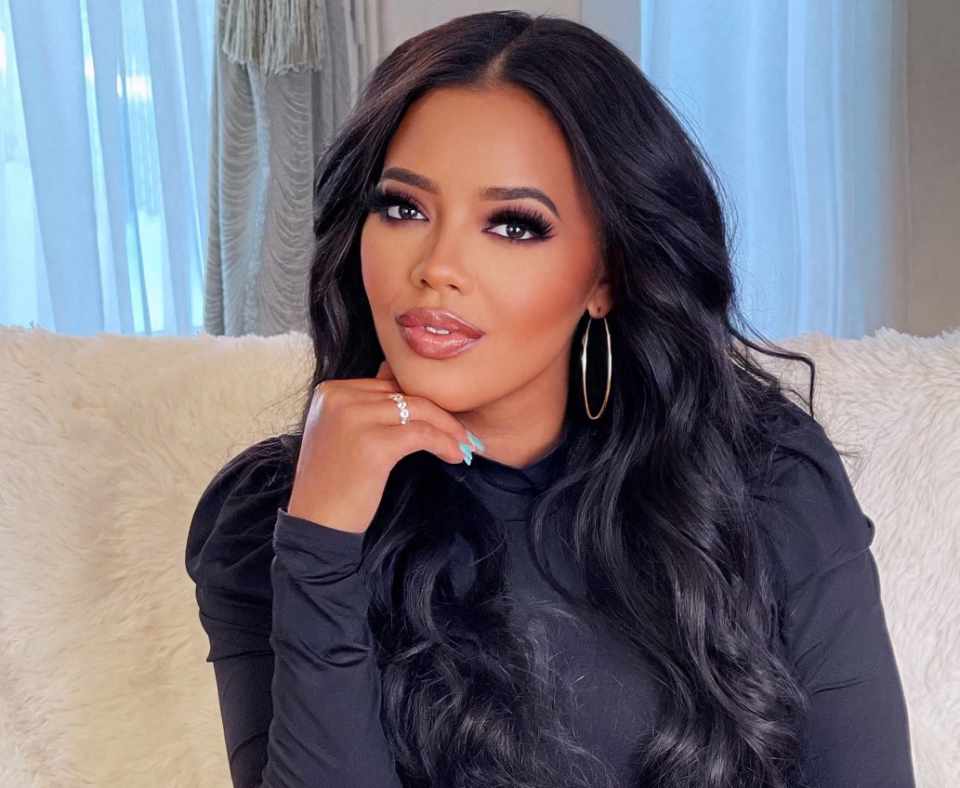 Angela Simmons is the second-oldest daughter of rapper-singer Joseph “Rev. Run” Simmons – of Run-DMC fame. She is a magazine editor, entrepreneur, fashion designer, and reality TV star, who appeared on the MTV reality series “Run’s House,” centered around her family.

Who is she dating recently? Find out her net worth and other siblings right here.

Angela Simmons first came into recognition as part of the MTV reality series “Run’s House.” The show centers around the home life of Run-DMC rapper Joseph “Rev. Run” Simmons. It ran for six seasons, from October 13, 2005, to July 13, 2009, and featured Joseph’s extended family.

Despite getting his start in showbiz, Angela Simmons did not rest on the laurels of her family name and branched out into her own. She worked as a journalist and editor for the now-defunct “Word Up!” magazine – a monthly teen magazine covering entertainment and pop culture.

Concurrently, she also pursued fashion design from the Fashion Institute of Technology at SUNY New York. However, she never graduated and dropped out to pursue her career full-time.

She subsequently began working on a signature line of women’s footwear under the banner of Run Athletics – their family athleticwear brand. Alongside her older sister Vanessa, Angela launched Pastry Footwear in March 2007. The line is inspired by pastries and was designed by Vanessa and Angela themselves.

Since then, Angela has branched out on her own and released her line of faux fur clothing in 2015, called Foofi and Bella. Nowadays, Angela is an eminent businesswoman and fashion designer.

Furthermore, Angela has a smartphone app called Purpose App, which is described as “reading tips for staying fit, motherhood, entrepreneurship and so much more.” She also has a signature apparel line, called Purpose which caters to casualwear and kids clothing.

Besides that, Angela also has a blog up on her official website, where she offers skincare tips. Additionally, she has compiled her skincare routine into two books, namely “Face It – All About Skin” and “Face It – Taking Control of Your Health.” The books are available in both hard copy and eBook formats.

Outside of her business ventures, Angela is a philanthropist. She is the founder of Angela’s Angels Foundation, which works towards the benefit of impoverished people, and women and children most at-risk. The crowning jewel of the foundation is her Pressure Makes Diamonds that caters to women’s welfare.

Angela also has footprints in the entertainment industry. She stars in, and executive produces the WE tv reality TV show “Growing Up Hip Hop.” The reality show premiered on January 7, 2016, and is currently in its sixth season.

At the time of this writing, Angela Simmons is dating professional boxer, Daniel Jacobs. Jacobs is a top ten ranked middleweight boxer and a two-time division champion, holding the world championship for federations like the International Boxing Federation (IBF) and World Boxing Association (WBA).

Angela made their relationship Instagram official in August 2020. However, she has since made no mention, nor has she posted any new photos with Jacobs, leading fans to speculate that they broke up.

That is where Angela is currently is right now – in between relationships. Ms. Simmons is not dating anyone at present, as far as we know. She is mainly occupied with running a multi-faceted business empire while caring for a child under the age of ten.

Dating life and Past Affairs. Children

Angela Simmons has been the subject of numerous gossips and speculations about her love life. Most of the gossips have no leg, but some do. She reportedly dated singer-songwriter/record producer Johnny “Skillz” Gill Jr., from 2009 to 2010. Furthermore, she was also romantically linked to rapper/actor Shad “Bow Wow” Moss circa 2012. Besides that, Angela also had an on-screen/off-screen romance with her “Growing Up Hip Hop” co-star Romeo Miller.

Angela began dating Sutton Tennyson in 2016. They got engaged in September later that year and welcomed their only child together, son Sutton Joseph Tennyson, on the 29th. Despite being parents to a newborn, their relationship did not last long, and they called off their engagement sometime later.

She recently revealed her struggles at finding a steady relationship in light of the recent death of her ex-fiancé and the father of her baby, Sutton Tennyson. Sutton was shot and killed during a violent altercation with an armed assailant in Atlanta, Georgia, in November 2018.

Coming off the death of her ex-fiancé and the father of her baby, Angela Simmons revealed in mid-2018 that she was ready to date again. Since then, Angela has been the subject of numerous gossips regarding her love life.

One such persistent rumor was that she was dating NFL linebacker for the Chicago Bears, Khalil Mack. They were spotted cozying up in public in Chicago, fueling the dating rumors. While neither party outright confirmed or denied dating, they nonetheless broke up sometime later.

Angela Simmons was born Angela Renee Simmons on September 18, 1987, to Joseph Ward Simmons and Valerie Vaughn. Ms. Simmons is currently 33 years old as of this writing and will turn 34 in a couple of days.

According to IMDb, Angela Simmons stands at 5 feet 4 inches (1.63 meters).

Angela Simmons is the second-oldest child of rapper-singer Joseph Simmons and his first wife, Valerie Vaughn. Joseph is most known by his pseudonym “Rev. Run” — one of the founding members of the rap/hip-hop collective Run-DMC. The remaining two members are Darryl “DMC” McDaniels and Jason “Jam Master Jay” Mizell.

Considered one of the most influential hip-hop groups in history, Run-DMC has released seven studio albums, one live album, six compilation albums, and thirty singles. Three of their albums went platinum, and so did three of their singles.

Joseph married Angela’s mother, Valerie Vaughn, in 1983 but divorced her sometime later. After that, he married his second wife, Justine Jones, in June 1994, with whom he is married today.

Angela Simmons has two full-siblings, three half-siblings, and an adopted sibling. As she is the second-oldest child of Joseph Simmons, she only has one older sibling: her sister, Vanessa Jean Simmons. Vanessa was born on August 5, 1983, and is a film and TV actress. She is also Angela’s business partner.

Angela’s younger full-sibling is her brother Joseph “JoJo” Ward Simmons, Jr. JoJo is a record producer who heads Who’s House Entertainment. He is a married father to daughter Mia with his wife, Tanice Amira.

Furthermore, Angela has three younger half-siblings from her father’s second marriage to Justine Jones. The oldest of the three is Daniel Dwayne “Diggy” Simmons III (born on March 21, 1995). Diggy is an aspiring rapper, actor, model, and entrepreneur.

The middle child is Russell “Russy” Simmons II, who stars in the reality shows “Rev Runs Around the World” and “Rev Run’s Sunday Suppers.” Finally, the youngest of the three was Victoria Anne Simmons, who died moments after her birth on September 26, 2006, due to a congenital disability called omphalocele.

According to Celebrity Net Worth, Angela Simmons has a net worth of around $7.5 million. The 33-year-old began as a journalist and magazine editor but quickly became a successful fashion designer and entrepreneur.

Most of Angela’s wealth comes from her litany of business ventures. She has a signature line of women’s footwear, fur clothing, a hair boutique, a skincare brand, a smartphone app, a fitness program, and several pieces of merchandise.

Besides that, she stars in, and executive produces the WE tv reality TV show “Growing Up Hip Hop.” As such, she is one of the highest-paid – if not the highest-paid — cast members on the show.