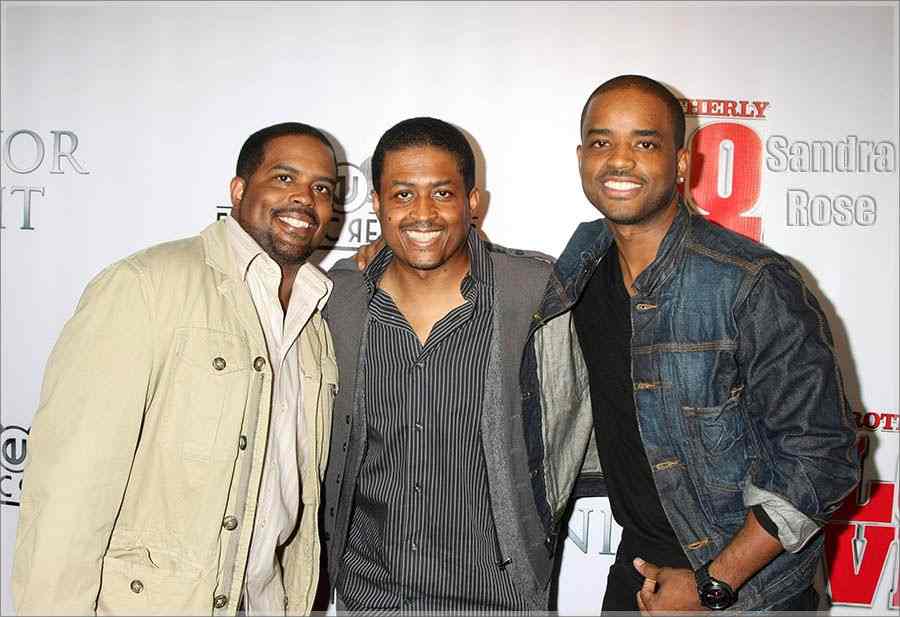 Everybody knows the Tate brothers from Hollywood. In fact, they have been in the spotlight since way back. The three brothers, Larenz Tate, Larron, and Lahmard Tate, have produced, directed, and even acted in numerous Hollywood movies. Time and again, these brothers hit the social waves because of their professional and personal lives.

The brothers’ die-hard fans have always been urged to know about their private persona, and we assure you we will get that covered for you, not to mention the questions about their brotherhood.

This article will confirm whether the Tate brothers are triplets or not. Also, you will be comparing the three brothers’ biographies.

The famous Tate brothers are often mistaken to be triplets by their fans because of their stunningly similar looks. However, they are not triplets, and this can be easily verified with the help of their totally different birthdates.

Out of the three brothers, Larron is the eldest one, followed by Lahmard in the second, and Larenz is the junior one. And yes, they are neither twins nor triplets, but they do share the brotherhood like one.

The three brothers belong to the same family and are not from different parents. Their parents are Larry Tate and Peggy Tate. The couple used to live in Illinois, Chicago, while their sons were born. However, they decided to move to California later in 1979. At that time, their kids were all below ten years.

As the couple migrated to California, they helped their sons begin their acting career by encouraging them to join acting classes from their early teens. The parents enrolled three brothers in Inner City Cultural Center, where they continued on the way to Hollywood.

Of the three, Larenz is the youngest sibling in the Tate family. Larenz’s date of birth is September 8, 1975, which makes him of age 46 years as of early 2022. He moved to California with his parents when he was just four years old. With two elder brothers in the film industry, Larenz was greatly influenced to join an acting career because of them.

In 2006, Larenz married his girlfriend, Tomasina Parrott, to whom he fathered four children.

Talking about his acting career, he was debuted in a secondary role in a television series named The Twilight Zone back in 1985. He also played a role in movies like 21 Jump Street and The Wonder Years. After that, he proved to be a successful actor through the experience of over 30 years in the industry. His noteworthy movies and TV shows are The Post Man, Dead Presidents, Deuces, Love Monkey, Rescue Me, and Power.

Through all these years in the industry, Larenz has an expected net worth of around $2.5 million, as informed by Celebrity Net Worth.

Larron is the eldest among children of the Tate family. His birth date is June 28, 1969, and as of early 2022, he is running in his mid-52. He is the first child from the Tate family to get into the movie industry.

Although he was not into acting at an early age, he got interested when his friend Malcolm-Jamal Warner became popular through a TV sitcom named ‘The Cosby Show .’With the newly gained enthusiasm for the film industry, Larron performed and especially produced multiple movies and TV shows in his 25 years of experience. Because of this, the public prefers to call him a producer rather than an actor.

Exploring his career, Larron has produced some popular movies like Business Ethics (2019) and Beta Test (2016). For more information, his brother Larenz Tate was a cast in the latter movie. We haven’t found an authentic description of Larron’s net worth. However, there are rumors that his worth is around $15 million.

Lahmard is the middle son of Larry and Peggy Tate, born between brothers, Larron and Larenz. As of 2022, Lahmard is of 52 years. He is also working actively in the film industry and is a notable figure in Hollywood. Influenced by his parents and elder brother, Lahmard also chose an acting career from an early age.

He debuted on the red-carpet way back in 1987 through movies like Jason’s Lyric and Across the Tracks. Despite being a young actor, he performed in major roles for those movies. Furthermore, he is a producer, too, like his elder brother.

Looking through his film career, after his successful debut, Lahmard has worked on famous movies like Barbershop (2002) and Rocky Balboa (2006). With cumulative income from acting and production, Lahmard is estimated to possess a worth of around $16 million.