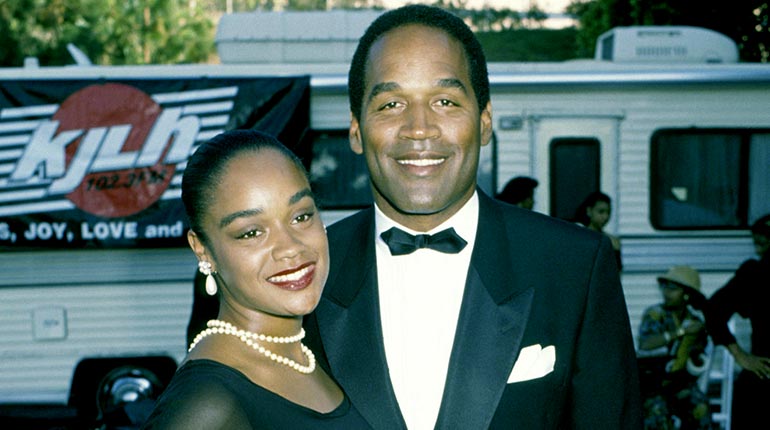 Arnelle Simpson is a celebrity child born to O. J. Simpson, who is a former American football running back, advertising spokesman, broadcaster, actor, and convicted felon.

She came into the spotlight for defending her father in court. Her father got arrested for murdering his former wife, Nicole Brown Simpson, and friend Rob Goldman.

Today, on deck, we present Arnelle Simpson’s biography that includes seven facts about her, we bet you didn’t know about. Scroll down to know everything:

Arnelle was born as the oldest of three children of her parents; O. J Simpson and his wife, Marguerite Simpson. The name of her youngest sibling is Aaren Lashone Simpson, who was only two years old when she died of drowning in a swimming pool. Jason L. Simpson is her younger brother’s name.

Besides this, Arnella has two half-siblings from her father’s second marriage. Her father and second wife Nicole Brown welcomed two children together; Sydney Brooke Simpson and Justin Ryan Simpson.

Do you know Arnelle took the responsibility to raise her half-sibling after her father murdered Nicole?

J. Simpson’s life has made an adverse effect on her life, not only personal life but also in a professional career. During the interviews, Arnelle mentioned how people used to treat her differently after knowing her family history.

Talking about Arnelle’s professional career, there is nothing much in detail. She has worked and appeared in numerous documentaries regarding her dad’s murder trailer.

Arnelle first made her on-screen appearance in 2013, working for television series, Mugshots. Likewise, she appeared in O. J: Trial of the Century in 2014. She then was seen in Award-winning documentary O. J: Made in America in 2016.

Besides this, Arnelle also appeared in a television documentary and mini-series like O. J Simpson Chasing Freedom and Is O.J. Innocent? The Missing Evidence.

Apart from making television appearances, Arnelle has worked for a rapper named Hash.

Talking about Arnelle Simpson’s personal life, she has tried her best to keep everything behind the curtain. She has barely appeared in any interviews to open up about her private life.

Arnelle Simpson’s dating and break-ups are currently hidden; thus, many gossip mongers claim her to be single.

However, Arnelle previously dated Shaquille O’Neal, who is the NBA player. The pair started dating in September 1995, but could not save their relationship from breaking up.

Besides this, Arnelle was rumored to be dating Anthony Treach Crisis, an American rapper. As per sources, they started dating in 1996 and broke up after a year of the relationship.

As Arnelle has appeared in numerous television series, documentaries, and mini-series, there is no doubt that Arnelle has collected a hefty amount of money. She also inherits money from her millionaire father.

Exactly, Arnelle Simpson’s net worth is not revealed, but, as per sources, her worth is in seven digits. Regarding her father’s worth, he has a net worth of $3 million. O.J made such a huge amount of money from his football career.

J. Simpson’s net worth was $10.8 million in 1992. Likewise, he also paid $33.5 million to Goldman’s family after he was found not guilty for kidding his former wife.

If you check Arnelle’s history, you can see her supporting her father on legal matters. Back in 1994, her father was arrested for killing his former wife and friend Ronald Goldman. In addition to this, he was accused of armed robbery and was sentenced to jail in 2007.

During those times, Arnelle defended her father and supported him. In 2008, Arnelle supported him during the charge with robbery. She again made headlines for supporting him during his parole hearing in 2017.

In 1999, Arnelle’s father was also dragged into controversy for not paying $1.44 million tax.

Arnelle’s father is married twice and divorced in the same number. He was first married to Marguerite L. Whitley. He was only 19 years old when the pair tied the knot on 24th June 1967. The couple welcomed three kids together; Arnelle L. Simpson, Jason Lamar Simpson, and Aaren Lashone Simpson.

Her parents divorced because of O.J.’s extra-marital affair with Nicole Brown. They first met in 1977. After Whitley knew about her husband’s affair, they separated and divorced in March 1979.

Six years after divorce from the first wife, Simpson then married on 2nd February 1985, and welcomed two kids together; Sydney Brooke Simpson and Justin Ryan Simpson. O.J. and Brown were married for seven years and divorced in 1993 after his second wife filed for divorce on 25th February 1992, citing irreconcilable differences.

Arnelle was born on 4th December 1968, somewhere in the United States of America. She is the first child of O.J. Simpson and his wife, Marguerite L. Whitley. O.J’s daughter Arnelle is American nationality, whereas her ethnicity is Afro-American.