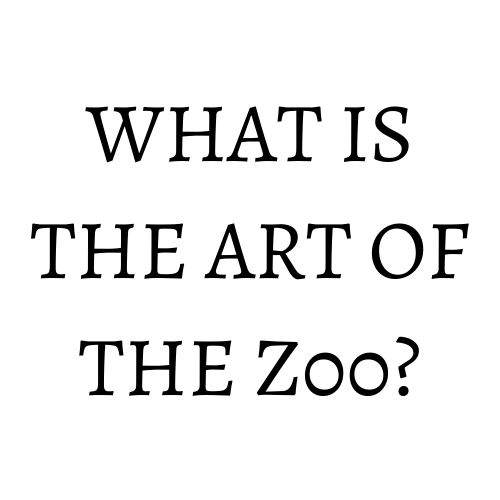 Tiktok is all about making creative, fun videos and following trends. It is believed that when a trend is followed, people get more views and followers on their TikTok handle. So, various trends come and go. Recently one such trend known as “Art of the Zoo” has been circulating on the platform.

Most f the TikTok users may already know about the trend, while some are still lagging behind and are googling to know about it. So, here we have brought to you all the necessary information about the “Art of the Zoon Trend,” including its meaning in Urban Dictionary.

Art of the Zoo: Meaning Revealed According to Urban Dictionary

A new TikTok trend is going viral these days. The movement called “Art of the Zoo” is something that is making TikTok users go crazy. After the users themselves know the real meaning behind Art of the Zoo, they ask other users to google the meaning and record theirs before and after reactions. The reactions are mixed with a total shock and terror. While it is fun to watch people’s reaction videos, it’s only fun until you yourself know the meaning.

So, according to the Urban Dictionary, “Art of the Zoo” means human beings getting sexually involved with various animals. So, after knowing its actual meaning, the public is cringing over it and is regretting following such a trend.

Art of the Zoo Real Meaning

“Art of the Zoo” simply is the other phrase for “Bestiality.” Now that you also know the meaning of Art of the Zoo, you too must be as shocked as all the other TikTok users who followed the trend. So, after learning the meaning, we hope now the phase makes sense to you.

Art of the Zoo is Getting Viral on TikTok

Every day a new trend is going viral on the TikTok platform. However, it is up to the users to choose which one to follow and which one to ignore. One such video with the hashtag “At of the Zoo” is viral on TikTok. As it has an intriguing name most of the people who get curious to know about it are following the trend and this is how the “Art of Zoo” trend is circulating all over the TikTok platform and now has also become one of the phrases with the highest search history.

How do TikTok users React to the Art of the Zoo Trend?

The TikTok users have been following the Art of the Zoo trend by recording their reactions after googling the phrase. The reaction videos show a person’s face suddenly turning pale and horrified. The users who followed the trend show a mixed reaction, however, all of them are yucking literally regretting their decision. One of the trend followers was seen saying

“Nooo, I should have minded my own business”, while the other person writes “Do at your personal threat.”