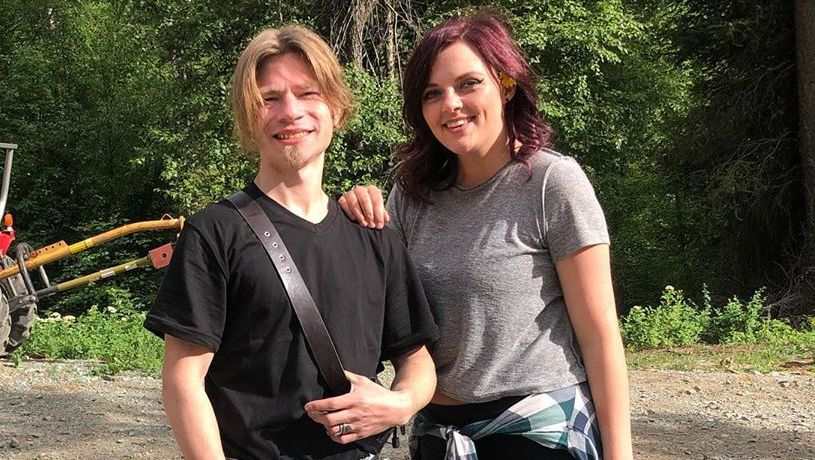 Bear Brown is one of the lead casts of Alaskan Bush People. It is a Discovery show that documents the lives of people living in the Alaskan wilderness where they do not have any access to the facilities of modern civilization. One of the cast, Bear Brown shared engagement rings with Raiven Adamss in 2019. Since then, the couple went through their shares of highs and lows. Amidst all the drama and occasional fights, Raiven gave birth to Bear’s child in late 2020.

Even though the couple shares a child together, fans do not know if they are still together. In this article, we discuss what happened between Bear Brown and Raiven Adams. So, did they split, or are they still together? Let’s find out.

What happened between Bear Brown and Raiven Adams?

Bear and Raiven made their relationship public in August 2019. Shortly after that, the couple engaged. However, two weeks after the engagement, they decided to split. It was mainly Raiven’s decision as she posted on her Instagram handle. Raiven mentioned that the wildlife of Alaska was too much for her to handle. In addition, she had to deal with the dramas, the accusations, and all the negativities that came with it.

Raiven once filed a case against her fiance, Bear Brown that he threatened her occasionally. According to her, Bear used guns and violence against her and boasted that US guns laws do not apply in the wilderness of Alaska. For some reason, Raiven canceled the case. The couple reconciled and separated several times. They gave birth to a baby boy in late 2020. By then, the couple was already living separately.

First, Bear Brown rejected the parenthood of the baby. He claimed that the baby wasn’t his, which he probably did to save himself from baby allowances as obliged by the law. However, he had a change of mind and applied to take joint custody of the baby. On the other hand, Raiven demanded full custody of the baby and filed a restricted order on Bear.

Did they Split or still together?

Bear met Raiven at his brother’s wedding ceremony. Raven’s mom photographed the occasion, and she helped her mom take care of usual ordeals. It wasn’t the first time she gave company to her mother at a wedding ceremony. Bear and Raiven met and kicked off the relationship from that event.

Even though the couple has fought and come together several times, we suspect this time their separation is for real. They never exchanged wedding vows as their relationship was full of tantrums. Maybe they never got the chance to do so. Raiven gave several chances to her partner, but she couldn’t keep up with the circumstances anymore.

Raiven celebrated River’s first birthday without the presence of Bear. River Anthony Brown is the couple’s first and only son. As of 2021, the couple has split. However, with the tone of their relationship and the arrival of a baby, we cannot say for sure if things will stay this way forever.