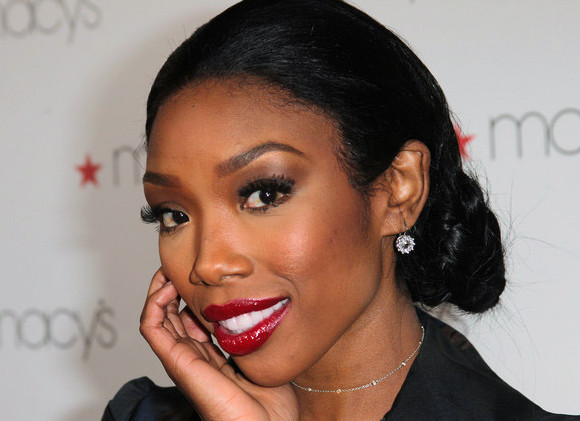 Brandy Norwood, who most people recognize just from her first name, is a prominent R&B Singer-Songwriter. Other than this, she is also a Composer, Actress, Producer, and Businesswoman. Since dropping her first album back in 1994, Brandy has gone on to bag several awards. She is living happily with her husband and kids.

These include the much-coveted Grammy Award for Best R&B Performance. Interestingly, Brandy is related to a number of high-profile celebrities. These include fellow RnB star Ray J, Rapper Snoop Dogg, and WWE wrestler Sasha Banks. Find out more about Norwood’s net worth and personal life in this review.

Who is Brandy Norwood?

Brandy Rayana Norwood was born on February 11, 1979, in Mississippi. As such, she is 42-years old. Norwood was brought up in Carson, California, and started singing in Church aged just two.

By the time she was a teenager, Brandy had transitioned into the role of a back vocalist. The early nineties marked a significant milestone in her career as she aligned herself with Atlantic Records. What followed was a lucrative partnership, particularly as her debut album sold six million copies worldwide.

Brandy’s rise in popularity eventually paved the way to television as sitcoms came calling in 1996. Two years on, she was back to making music with the release of the instant classic track, ‘The Boy is Mine.’ She worked on the song alongside a fellow artist, Monica.

The two went on to become one of the best-selling female duets of all time. Her second album, Never Say Never, was equally successful, especially with the critics. It was so good that it sold well over 16 million copies, earning her first Grammy Award in the process.

The 2000s era coincided with the height of Brandy’s musical career. Additionally, she also starred in the reality series Brandy: Special Delivery. Her third and fourth albums also earned enormous success. She then served as a judge on the first season of America’s Got Talent.

Norwood’s resurgence came in 2010 as she returned to television and reality television. She appeared on Brandy & Ray J: A Family Business. In April 2015, Broadway came calling as she worked on the musical, Chicago.

Other than this, she also starred and produced a sitcom titled Zoe Ever After on BET. Her seventh studio album, B7, officially dropped in July 2020. It was her first independent project as an artist.

Is Brandy Norwood Married to her husband? Any kids?

Norwood was initially involved with Wanya Morris, the lead singer of Boyz II Men at the time. She then went out with record producer Robert Smith. The two flew under the radar, seldom displaying public displays of affection.

They remained secretive about their relationship until February 2002, when Norwood officially announced that she and Smith were expecting their first child.

However, a year after the birth of their daughter, Sy’rai Iman Smith, Brandy Norwood and her former husband separated. The following year, Norwood had begun a relationship with NBA guard, Quentin Richardson. At the time, Quentin was playing for the Los Angeles Clippers. The two, unfortunately, went their separate ways in 2010. She then dated rapper Flo Rida.

Norwood eventually got engaged to music executive Ryan Press later in 2012 but they called off their engagement in 2014.

Sources estimate that Brandy has sold over 40 million records worldwide. Her work has earned her numerous awards, ranging from 7 Billboard Music Awards and even an American Music Award. With such accolades under her belt, Brandy Norwood’s net worth is $14 million.