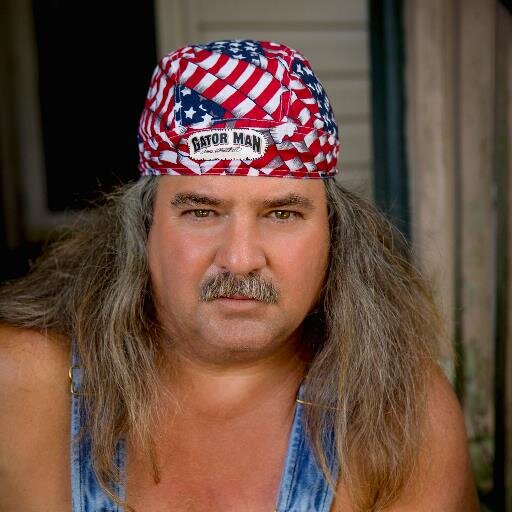 Bruce Mitchell was easily a fan favorite on History Channels’ Swamp People. It’s a show that highlights the dangerous lives of alligator hunters in the bayous and marshy areas of South Louisiana.

However, since 2019, he went missing and left fans wondering whether the alligators he passionately hunted finally got to him first. Whether or not that’s the case, here is an update on all the death rumors surrounding Bruce Mitchell and why he is no longer in Swamp People.

The very first time Swamp People blew our minds was back in August 2010 when the show first premièred. After wrapping up the first season with great reviews, the executive board ordered another season with more episodes. Moreover, they also brought in new cast members like Bruce Mitchell to shake things up a bit.

Like a lone wolf, the reality star only hunted with his dog Tyler while the rest had partners. By the end of the first season, we saw Bruce team up with army veteran Ron Methvin’s sharpshooter in the third season. Like every other duo, they had their squabbles and tests in the swamps of Louisiana but also came through for each other.

What happened to Bruce Mitchell of Swamp People? Why did he leave?

For the next six years, the reality star became a series regular, appearing in each episode. But by the sixth season, his presence became intermittent as the producers cast him in only a few scenes.

Season 8 saw him back with his partner Ron, which went on for the next two seasons. But by season ten of Swamp People, he left without as much of a partying short to his fans. That said, what really happened to Bruce Mitchell of Swamp People?

We caught up with the Alligator Man on social media, where fans still keep tabs on him. The former reality star created a whole new page on Facebook called Mitchell’s Swamp Adventures.

Bruce’s livelihood hasn’t changed a bit since he left the series. He still keeps to his roots as an alligator hunter, minus the camera. That said, if you’re still waiting for him to get candid on the reasons prompting him to leave Swamp People, you won’t find any.

Rumors went on that it was probably due to some discord with the showrunners. Others placed their bets on money issues, but neither has any truth in it. If anything, Bruce Mitchell is just as financially stable as he was while on set; more on that later.

The cast of Swamp People is constantly exposed to hazardous environments. If it’s not the jaws of the alligators they passionately hunt, it’s the mosquitoes of the Bayous and swamps.

When Bruce Mitchell took his leave back in 2019, skeptics went ahead and rolled out the notion that he died. However, the former reality star is very much alive.

Rumors of his death were, in fact, as a result of the death of his dog, Tyler. After thirteen years of servitude to its master, the dog’s heart finally gave out.

Tyler died in the year 2017 and was buried in the family’s backyard. To this day, Bruce still reminisces on the times he spent with the dog, serving him with zebra cakes after a successful hunt.

If the death rumors surrounding Bruce Mitchell aren’t true, then under which rock could he be possibly hiding in? Well, a lot has changed since the reality star parted ways with History Channel’s Swamp People. For starters, he partnered up with the Vanguard Outdoors Pro Team back in 2018 as the face of their marketing team.

Nowadays, you’ll find him engrossed with his fans on Twitter or Facebook Live, where he engages most of his fans. He also hosts a weekly cooking show named Bruce’s Front Porch Cooking Show, where he lets his fans in on his secret grilling skills and recipes.

Moreover, to pile onto his net worth and livelihood, the former Swamp People star set up a shop where he sells all kinds of merchandise.

You can also check out his gift shop here. When he’s not too busy hunting or spending time camping, fishing, and motorcycling, you’ll find him cooped up in the loving arms of his family. Let’s meet them all next.

The adventures of Bruce, nicknamed ‘The Alligator Man’, began over three decades ago when he was roughly 20 years old. It’s during the same year that he took on a wife named Janet Kliebert.

As a young lad, Bruce worked on the Kliebert’s Alligator & Turtle Farm in Southern Louisiana, which belonged to his father-in-law.

Upon marrying his daughter, Janet, whom he met while still in Junior high, The Alligator Man was inducted into the family business.

There isn’t much ground to cover on Janet other than that she manages Bruce Mitchell Productions, LLC.

Other than that, she is the loving wife and mother of two girls named Lorraine Michelle and Janice Marie, born in 1981 and 1984. Both Janet and Bruce are the proud grandparents of Jillian Marie and LoriAnn Katherine.

It’s too soon to tell whether they might grow up into the family business or appear on Swamp People. Nevertheless, if or when they do, rest assured we’ll be here to cover it.