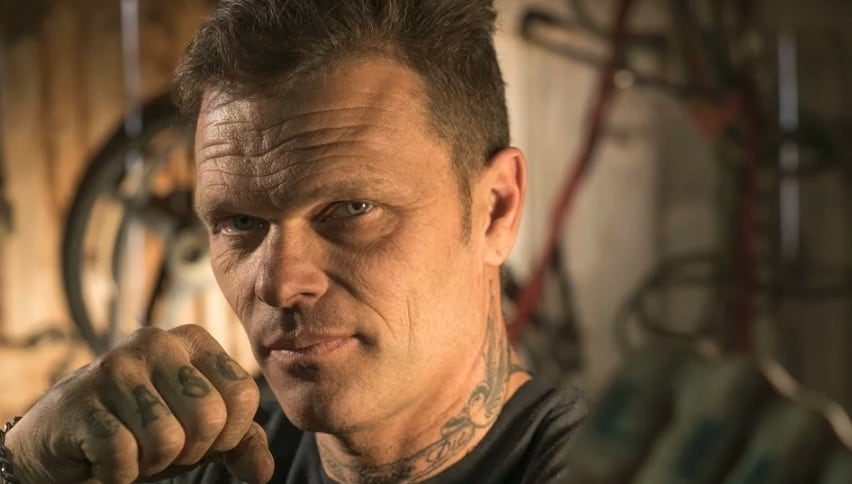 Chad Hiltz is a Canadian restoration expert and designer. These skills have helped him become a bankable TV personality. His customs shop, Hiltz Auto Co., is the subject of the Discovery Channel reality series Bad Chad Customs. The show premiered on New Year’s Day 2019 and was greenlit for a second season in August 2020.

Chad Hiltz Net Worth and Source of Incomes

According to several sources, Chad Hiltz’s net worth is estimated to be $2 million as of August 2021. We should point out that Chad is more than just your run-of-the-mill mechanic. He is also a reality TV star, entrepreneur, and car collector. Therefore, he has multiple revenue streams.

His primary source of income is his customization shop, Hiltz Auto Co. Whereas other tune-up shops employ the most cutting-edge tools and technology, Chad uses basic tools and scavenges spare parts, thereby saving up on expenses while delivering the best results.

As the central character on Bad Chad Customs, Hiltz is undoubtedly the highest-paid personality on the show. Additionally, Chad also makes a significant amount of money from merchandise sales. He has several pieces of clothing and accessories bearing his Hiltz Auto Co. Logo.

This includes men, women, and children’s shirts, hats, hoodies, jackets, and backpacks. The price of his merch varies depending on the type of clothing, ranging from $25 for a T-shirt or cap to $100 for jackets and hoodies.

Chad Hiltz not only tunes up cars, but he is also a collector. Unsurprising of a man with an obsession with cars, Hiltz has several vintage cars in his garage.

While the true extent of his car collection is yet to be disclosed, below is a list of some of his most prized possessions: 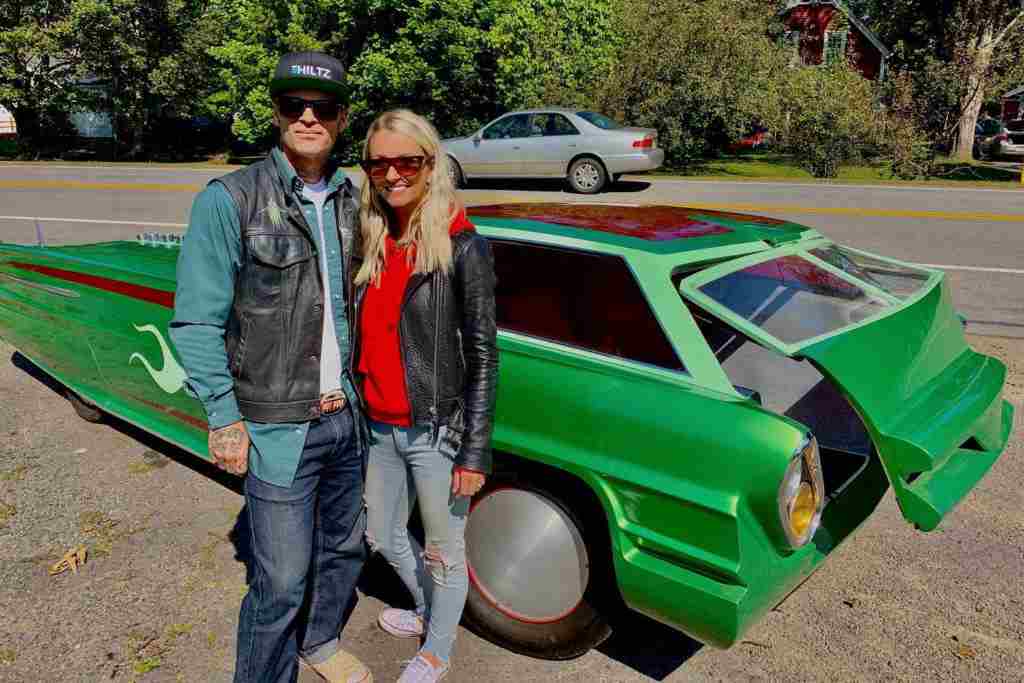 Chad Hiltz trained under the great Gene Winfield, who taught him all there was to know about automobile customization.

Subsequently, Hiltz started his own customization shop, Green Goblin Customs, named after the Marvel Comics supervillain in 2003. Hiltz quickly made a name for himself for his unorthodox ideas and creations.

Chad and his crew salvage metal parts from abandoned planes, cars, lockers, and boats and turn them into works of art. Subsequently, Chad co-founded Hiltz Auto Co. with his fiancée Jolene Macintyre.

Since then, Hiltz Auto has turned into a family affair. His wife-to-be, Jolene, currently works as the manager. Furthermore, he took his son, Colton, under his wing as an apprentice, as Chad’s father had done for him.

Chad Hiltz is Engaged with Jolene Macintyre. Their Kids

Chad Hiltz is currently engaged to his longtime partner, Jolene Macintyre. He proposed to Jolene back on August 12, 2017, and nearly four years down the line, they are finally set to tie the knot.

After two failed marriages, Chad seems to have found the perfect partner in Jolene, who doesn’t mind getting her hands dirty. She helps Chad with auto customization and works as the manager of Hiltz Auto Co. They star opposite each other on Discovery’s Bad Chad Customs.

Hiltz married his first wife back when he was in his twenties. They had a daughter but could not make their marriage work. By the time he was 27, Chad had already remarried. He fathered a son, Colton Hiltz (born on August 10, 1998), with his second spouse.

Jolene is a native of Canning, Nova Scotia. She holds a degree in commerce from Saint Mary’s University in Halifax. Furthermore, she also studied kinesiology, but nothing came of it.

How Old is Chad Hiltz? Parents and Early Life

Chad Hiltz was born in Kingsport, Nova Scotia, Canada, on August 13, 1971, to Patricia and Doug Hiltz. At the time of this writing, Chad is 50 years old.

He got into automobile tuning through his father – a car enthusiast himself and a gas station owner. They jointly purchased a 1932 Ford Coupé, after which they set about tinkering with the vehicle.

It was a father-son bonding moment and etched a love of cars on Chad that he would never be able to shake off. Chad never did get around to graduating high school but worked menial jobs to make ends meet.

Despite his passion for cars, Chad had no professional training to speak of. That is where Gene Winfield came in. Gene is an eminent American automotive designer and customizer.

He took Chad under his wing and taught him the finer points about auto customization and design. The rest, as they say, is history!

Chad Hiltz became an international sensation with the advent of Bad Chad Customs. Since then, his social media has blown up. Presently, he has over 65k followers on Instagram and over 23.7k followers on Facebook.

Furthermore, he also has an official YouTube channel with over 119k subscribers. His most popular videos have hundreds of thousands of views, while his channel boasts a total of 22.8 million views collectively.