Cody Rigsby is perhaps not a superstar, though he plays a vital role in their daily lives for some. For a few who didn’t know, Cody is among the most well-known fitness experts in the US and is famous for sharing inspiring wellness and lifestyle tips on his social media accounts like Instagram.

His appealing personality and smoothly shared sentiments allow his audience to feel surprisingly close to him, introducing him as a big name and a great companion to those who have bikes in their households.

And after acquiring a reputation from being a Peloton instructor to “King of Quarantine” during the COVID-19 pandemic, Cody Rigsby became one of the contenders in Dancing With the Stars season 30.

This article will talk more about Cody Rigsby’s Wikipedia- his journey in Dancing With the Stars, early life, net worth, age, and sexual orientation. Does he have a partner?

Cody Rigsby’s fame from Dancing with the stars

One of the renowned Peloton instructors, Cody Rigsby, was among the 15 participants who battled on the Dancing with the Stars during its 30th season.

Cody might be new in the ballroom genre; however, he had a background in Dancing as he was a former professional dancer. He had performed with Nicki Minaj and Katy Perry before his Peloton career. According to him, he truly enjoyed dancing. He had a huge enthusiasm when it came to Dancing, but he got to a point where he felt that something was stopping him. That he was no any more content.

He revealed that he joined the DWTS with uneasiness considering this was the first time he experienced such a challenge and assignment in his life. However, the 10-week endeavor bore fruit since he and his partner, Cheryl Burke, made it to the finale in the competition.

Before their last dance on the show, they expressed a few genuine words during the run-through. Cody and Cheryl shared how extraordinary their journey was as both of them contracted the Coronavirus. During the 2nd week of DWTS, Cheryl Burke tested positive, while Cody got COVID on the 3rd week. In those days, since they had to undergo quarantine, their performances and scoring were based on their Rehearsals. 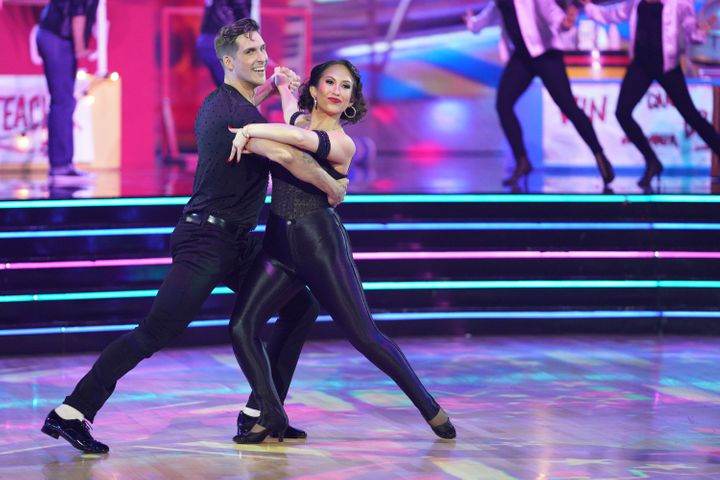 The fitness instructor also confessed that he nearly conceded defeat after being quarantined due to Coronavirus. But his friends still encouraged him to do the show. And that it would be an unforgettable incident for him as he gets through with COVID.

Cody also shared that the friendship between him and Cheryl is phenomenal and worth keeping. He said that he couldn’t make it through where he is at the moment without her.

Season 30 of Dancing With The Stars ended where Iman and Daniella bagged first place, and Cody and Cheryl won the 3rd place award.

Cody Rigsby has learned a lot because of DWTS. Though one genuinely manifests from his endeavor is that he wants to be more forgiving and nurturing with himself.

Cody Rigsby and his family moved to Greensboro, North Carolina, from California. He was raised by his mother, Cindy Rigsby, a Panera Bread foodie. There is no information about his father, but the report said he died due to a drug overdose when Cody was only a baby. He has a younger sibling with a name on Instagram, Kacierag.

His family belonged to a middle-class group and was brought up solely by her mother.  Cindy had to work in many blue-collar jobs like working in a sports complex and as a waitress. Cody’s early experiences of difficult chapters, where his family were on the streets or staying in the motels, drove him and endowed him the determination to succeed. 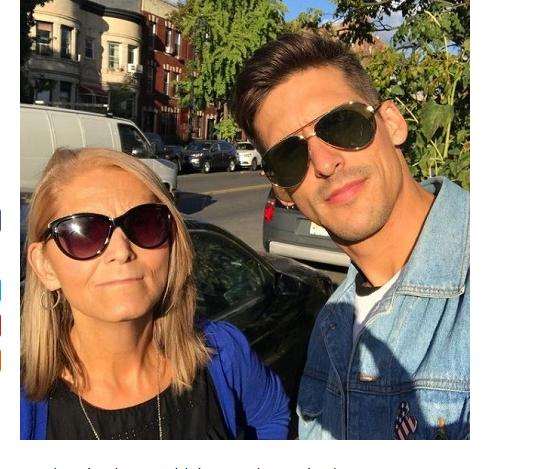 Thank heavens, he had dancing, something he’s been really into his entire life. Cody graduated from Primary High School in his local area . During his first year in college, he began attending free ballet classes at a community dance center. He initiated his profession as a skilled dancer teacher teaching young girls some moves from Birtney Spears and N’Sync.

He relocated to New York after receiving a scholarship at the Broadway Dance Center. And this led him to land some professional bookings such as a dancer for Pitbull, Katy Perry, and Nicki Minaj. He also had a chance to perform at Victoria’s Secret fashion show, gay bars, The Box, theater and burlesque club, or any side job that would compensate his necessities.

However, dancing wasn’t able to deal with his problems financially. Then he learned about a new fitness company needing performers who like to teach. And Cody’s friend prearranged him for an interview. His devotion pushed him into the shining lights of New York City and ultimately helped him to become among the renowned Peloton mentors up-to-date.

Cody Rigsby is a popular Peloton instructor, dancer, and social media star. As of 2021, he has accumulated a roughly $4Million net worth. He obtains most of his earnings as a health and fitness connoisseur for Peloton. Reports say that he earns approximately $700,000 per Peloton session.

Cody Rigsby is 34 years old as of 2021. He was born on 1987, June 8 in California, United States. Being born in June, he has the zodiac sign of Gemini. He is of American nationality, and his ethnicity is white Caucasian.

The fitness instructor is a good-looking, light-skinned, and tall guy. Cody stands 6 feet or 182 centimeters and weighs 160 pounds or 75 kilograms.

Yes, Cody Rigsby is gay. In an interview with Vogue, he remembered when he learned about his sexuality after listening to some 90’s pop music albums like Spice Girls’ Spice World’, Destiny’s Child ‘The Writing’s on the Wall,’ and Britney Spears’ Baby One More Time.’

But facing reality was not that simple during his childhood, and since he also battled homophobia. Consequently, he didn’t come out for several years and even attempted to court girls during his college days. However, eventually, nothing seemed to put an end to it. And at long last, Cody acknowledged his orientation and came out as a homosexual, probably in his mid to late teens.

From that moment on, he has always been honest about his sexual orientation and loves his life as an LGBTQ fellow. 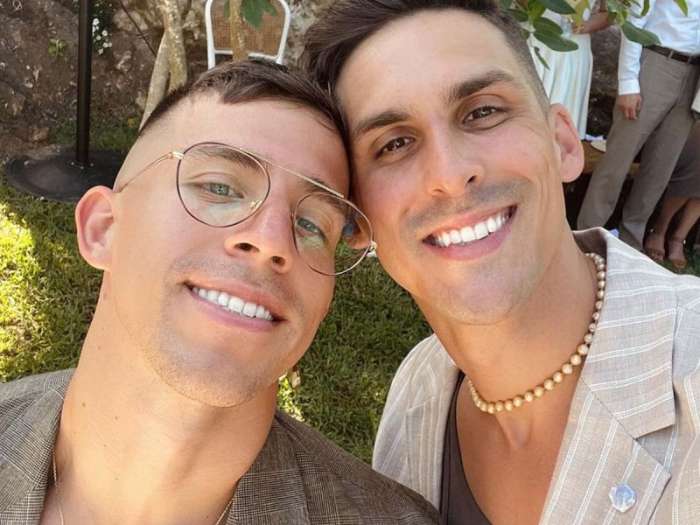 Is Cody Rigsby married or dating a Boyfriend/Partner?

If you follow Cody on his Instagram account, you know that he is enjoying a blissful romance with Andrés Alfaro. Cody’s boyfriend is also a fitness trainer, working at Barry’s Bootcamp in New York City for almost six years.

The two started going out in 2018, but they only publicly announced their relationship in 2020. According to Cody, he’s been a bit cautious about their status. However, he knew that he needed to reveal their relationship since a lot of what they conduct at Peloton is storytelling and being undefended.

Now, Cody and his partner Andrés are the centers of one another’s Instagram accounts. The lovely couple tends to have their captions straightforward, allowing the photos to tell the story for themselves. 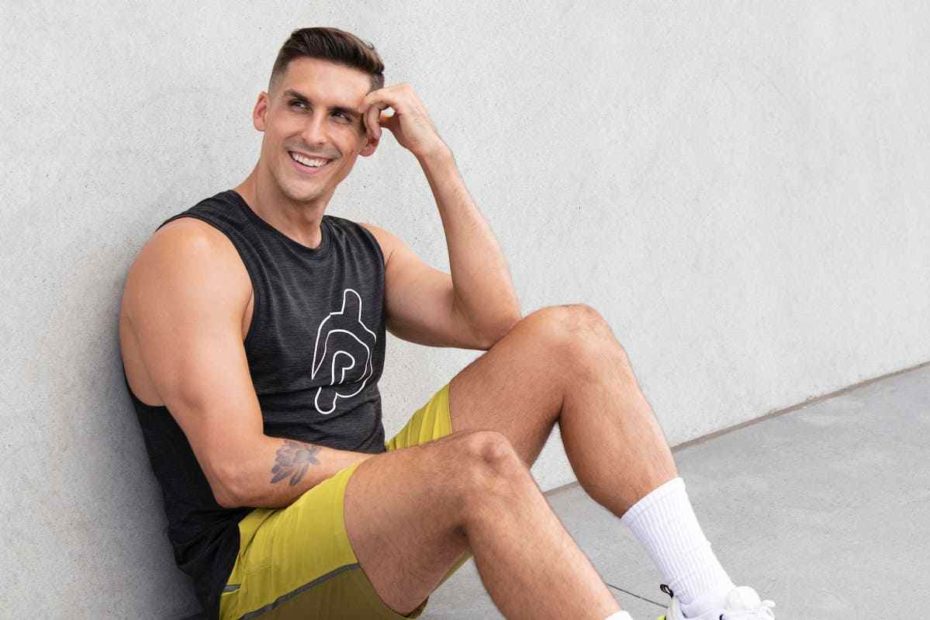