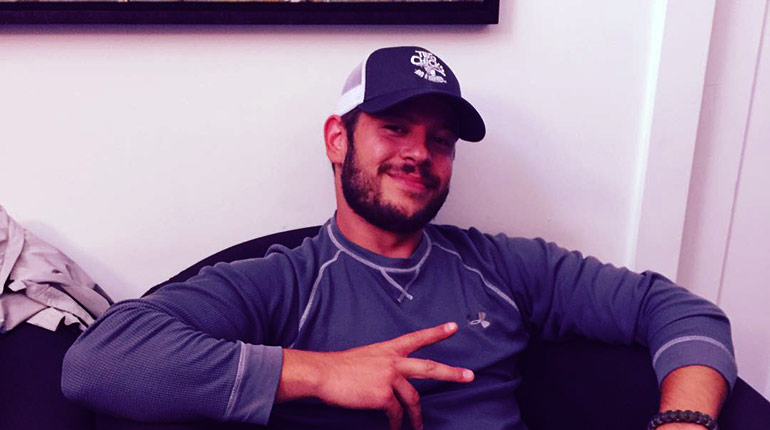 Cory Miller is a 32 years old American construction project manager and reality TV star. He is famous for appearing on the HGTV show, ‘Good Bones.’ He is the project manager for the firm, ‘Two Chicks and a Hammer’ whose renovation works are filmed. Cory joined the show on its second season in 2017 and has been featured in 27 episodes up to the end of the fourth season in 2019. In this article, we are going to look at his biography and unknown facts about him. However, he does not have a wiki about him, so most of the facts are from his social media posts.

Before joining the show, Cory worked as a communication and IT specialist in Indianapolis. He started working for Awning Partners Sign Group in August 2012. In June 2014, he was invited the Karen and Mina, mother and daughter, and the founders of the firm ‘Tow Chicks and a Hammer,’ and he joined them. His role is planning for the objectives of the project and ensuring they are met. He also joined them on the show, ‘Good Bones’ on the second season, and is still on the show, looking forward to the fifth season.

From his Instagram post, Cory celebrated his 32nd birthday on 1st November 2019. That means he was born on 1st November 1987. He is native from Indianapolis. Much details about his parents, siblings, or early life are unknown.

Cory Miller has a girlfriend whom he freely tags on his posts on Instagram. Her name is Shelby Lyn Wade. The two seem to be in an open relationship. They have a lot in common, including love for pets. They posted a photo of them during the last valentine and persistently used lovely words on each other.

Love for Bikes and Jeep.

Cory loves bikes and scooters. In one clip on his Instagram, he spotted speeding up a motorcycle with an empty trolley hanged on its tail, probably late for work. He also recently bought a Jeep SUV car. He loves to show off his new machine.

This is the most exciting part. Cory has a wide variety of pets. His favorite is a pig named Topher. The bond between the two is tight. Shelby, his girlfriend, also shares the same affection with the pig. Cory has hens and dogs as other pets. However, his girlfriend seems to be having more pets than him.

Not related to Mina Hawk.

The fact that Karen, Mina’s mum, has two more children whose identities are unknown caused fans to believe that Cory might be one. But that’s not the fact. Cory Miller is not related to Mina; the two have been friends for a long time.

Cory has a nickname that Mina does seem to like. He said that it came about when his nephew could not properly mention his first name, Cory.

As of 2020, Cory’s net worth is estimated to be 87,000 USD. The primary income source for Cory Miller’s net worth is the salary from the show Good Bones. He also owns a car, Jeep, and other assets.

Cory has an active Instagram account whose followers are yet to rise. Currently, he has 4K followers. His popularity is, however, to grow, and the number will increase.