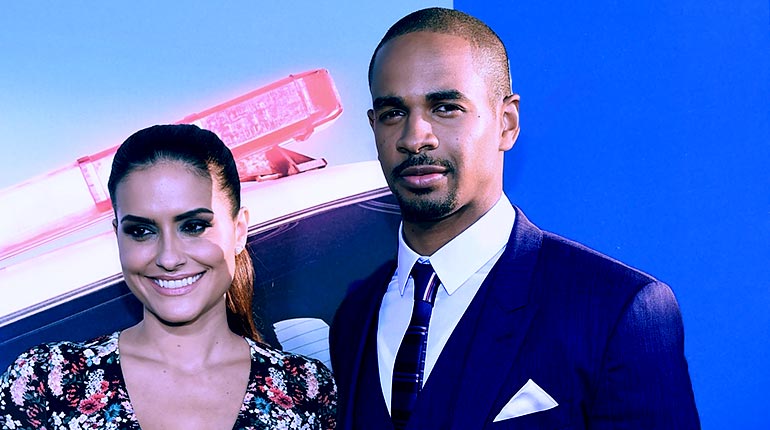 Despite coming from the famous ‘Wayans Family,’ Damon Jr. has cut his piece of screen fame through hard work. In this article, we are going to know how much this hard work has paid back, Damon Wayans Jr net worth, his marriage with wife Samara Saraiva, and other personal details.

Who is Damon Wayans Jr?

Damon Wayans Jr. is an award-winning actor with a specialty in comedy. He started his acting career in 1994 when he appeared in the movie ‘The Blankman’ with his father, one of the film’s creators, the main actor, and two of his siblings. Damon Wayans Jr was 12 years old. He also acted appeared in the TV show ‘My Wife and Kids’, which ran between 2001 and 2005 in a total of 8 episodes. His family played a significant role in this film.

In 2006, he cast for the film ‘Underground.’ In 2009, he played the character of Thoms’ Uncle in the movie ‘Dance Flick’ This movie received a high rating of 6.8 in IMDb and became a blockbuster. In 2010, he lent his voice to ‘Thunder’ in the film ‘Marmaduke and acted as ‘Detective Fosse’ in the movie ‘The Other Guys,’ a movie that featured other famous personalities like Mark Wahlberg and Dwayne Johnson.

His role as ‘Brad Williams’ in the TV series ‘Happy Endings’ was his most significant career achievement. As a result, he received many nominations, including Best support actor in comedy series and won the ‘Critics series Television Award.’

The show ran for three-season between 2011 and 2013, and he was there all through. He starred in ‘Someone Marry Barry’ and ‘Let’s Be Cops’ in 2014 and also lent his voice to ‘Wasabi’ in the Oscar award-winning and best-sold animation movie ‘Big Hero 6.’

He also appeared in the film ‘The Truth about the Harry and Quebert Affair, ‘ which is yet to make its Epix Premier. July 31, 2020, is the date ‘Barb and Star Go to Vista Del Mar’ film, which he is featured was expected to be released. We have a few days to go, let’s see how that goes. There could be a change of plans due to COVID 19.

Damon Wayans Jr. has a net worth of $9 million. This is an accumulation of earning from his long run work as an actor over the years. Other than being on the screen, he also does stand-up comedy, performing in different clubs. He is also writing.

He is married to wife Samara Saraiva.

Damon Wayans Jr. was initially was in involved with Aja Metoyer, an actress. This relationship bore two children before turning sour, and the two had to part ways.

After the separation, Wayans Jr. went silent on issues ladies until 2014, at the premiere of his film ‘Let’s Be Cops’ when he stepped on the red carpet with his new lady, Samara Saraiva. The exact time when the two met or the circumstance that brought them together is unknown.

After making her first appearance with the star, serious digging to find information about Samara turned unfruitful. From the look of things, the two were perfect for each other from their first appearance.

In 2016, two years later, Damon Wayans Jr and Samara Saraiva got married. The date and specific details of their wedding have never surfaced. Samara seems to be a humble wife who prefers not to hang on his husband’s fame to sell herself out. She is also supportive of her husband. Wayans Jr once confessed that her wife has been very supportive in his struggle to get full custody of his children from the past relationship.

Damon Wayans Jr. has 2 Kids from his Past affair with Aja Metoyer.

Wayans Jr. does not have any child with his wife Samara but has two daughters from his past relationship with Aja Metoyer. The names and exact date of birth of the kids have not been disclosed, but the two are in their early teens.

Damon Wayans Jr. was born on November 18, 1982, in Huntington, Vermont, USA. He is the firstborn to the legendary comedian, actor and producer Damon Wayans Snr and Lisa Thorner. His siblings are Michael, Cara Mia, and Kyla Wayans. He is currently 37 years old Zodiac star is Scorpio.

Damon Jr was brought up by his grandparents in Los Angeles. He sharpened his acting skills by taking lesions at Otis College of Art and Design and New York Film Academy and become a professional and follow his father’s footsteps. Damon Wayans Jr. is quite active online, with 537K followers on Instagram and 409 on Twitter. He is, however, not in Facebook and has no YouTube channel, but if you can get videos of shows he appeared on, I am sure you won’t fail to crack a rib or two.