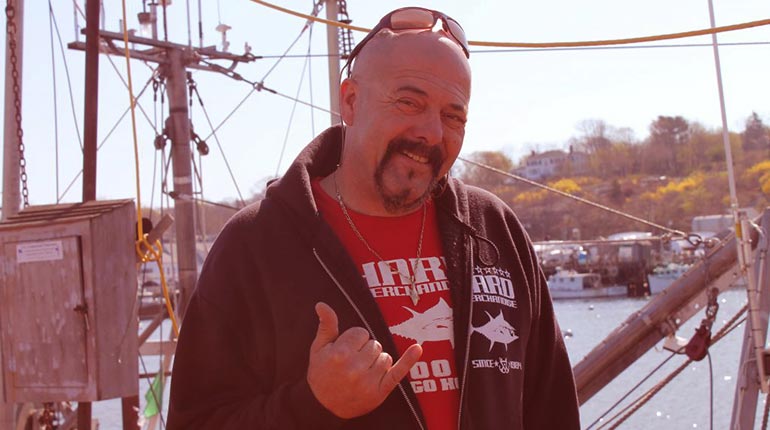 Dave Marciano is an American reality television star, captain and fisherman. Marciano became famous from his work in the hit reality show, Wicked Tuna. The show chronicles the real-life activities of fishermen in the waters near Gloucester, Massachusetts, United States. Dave is a skilled fisherman and captain who uses his skills to reel in highly demanded tuna.

Marciano has put his life on the line to seek his livelihood, and he had, at times, paid dearly for his courage. Grab your life jackets and fishing rods, and let’s dive in Captain Dave’s exciting life in our fascinating write-up.

Dave Marciano is a cast of the Wicked Tuna spinoff, Wicked Tuna: Outer Banks. The show follows Tuna fishermen off the coast of North Carolina, United States. Dave captained the Hard Merchandise from season 1 to 3 of the spinoff. He took a short hiatus in season 4 and came back in season 5 of the show, captaining the Falcon.

Captain Dave Marciano isn’t just staying on the show, Wicked Tuna, just for the celebrity that comes with it. The salary from the show is what has kept the captain appearing on our screens and giving us great television in the process.

He revealed that when the producers of the show first came scouting for fishermen to feature, the first question he had for them was whether there would be a check involved.

Thankfully, there was a check, and it was a fat one at that. The Wicked Tuna reality star is reportedly paid handsomely for his work on the show. Some sources claim that he makes $83,000 per episode. His net worth is also not a pauper’s. He is estimated to be worth a cool $5 Million.

It’s not hard to see how he could be worth that figure. Bluefin Tuna are fish gold due to their high demand and low supply. Those who are lucky to reel in the fish are sure to smile to the bank.

Dave Marciano is married to his lovely wife, Nancy Marciano. The couple is blessed with three lovely children by the names, Rose Marciano, Angelica Marciano, and Joseph Marciano. Dave and Nancy Marciano exchanged their wedding vows in 1990. Nancy is not a chicken when it comes to reeling in the fish.

Just like her skilled hubby, Nancy is also passionate about fishing. Since she was young, Nancy fished with her dad and brother.

Angelica Marciano has fishing flowing through her blood. Being the daughter of the renowned captain of the Hard Merchandise, Angelica is also a skilled fisherwoman. The Wicked Tuna reality star joined her dad in season seven of Wicked Tuna. She joined her brother and her dad to reel in the expensive fish.

Angelica Joseph sank on 13th January 2003. The boat sank after losing a plank 20 miles out in the sea. Marciano told the Dailymail that the boat sank 33 minutes after losing a plank. Thankfully, the captain was able to contact the Coast Guard and informed them that they were going down. However, another boat rescued Dave and his crew. Marciano revealed that fishermen always look after each other regardless of being competitors.

Marciano was born on 7th January 1960, in Beverly, Massachusetts, United States. He is 60 at the time of writing this article in 2020. Dave Marciano is a Capricorn Zodiac.