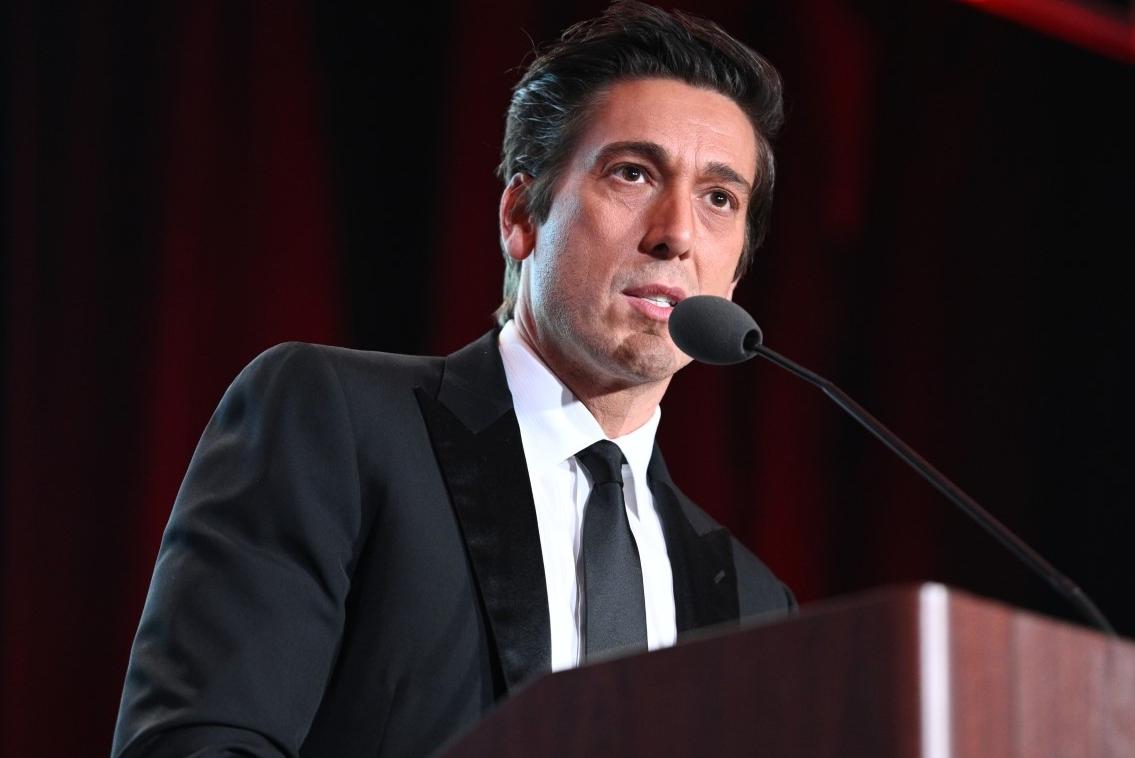 David Muir has the looks, a charming smile, and the charisma to be one of the best news anchors ever to exist. David Muir is everyone’s favorite and has gained supporters worldwide. Because of his handsome face, both women and men swoon over him. Fans are also curious whether or not the ABC News anchor is single or taken.

In this write-up, you will read about whether or not David Muir is married to a wife or partner. Also, delve into the rumors surrounding the anchor, especially Gay Rumors.

Who is David Muir?

David works as a journalist and anchor. Moreover, David is the current anchor for ABC News’ World News Tonight with David Muir.

David joined the ABC News family last August 2003. Moreover, he is ABC News’ veteran anchor. The news anchor started as a weekend anchor and became Diane Sawyer’s substitute back in 2011.

Furthermore, David is also the co-anchor for 20/20.

David’s birth date is on November 8th, in the year 1973. The veteran news anchor hails proudly from Syracuse, New York.

Moreover, David has shown interest in broadcasting ever since he was ten years old. According to David, he would often role-play as a news anchor and broadcast in the living room using cardboard.

While most kids do not watch the news, David constantly watches the news at 6 in the evening. Furthermore, he would often stop playing with his friends to watch the news.

David Muir went to Ithaca College, particularly the Roy H. Park School of Communication. Additionally, he also studied political science at the Institute on Political Journalism. He was a student anchor when he was a freshman.

The veteran news anchor graduated in 1995 and worked at WTVH as a news reporter.

Like other celebrities, public figures, and even fellow anchors, David has been rumored to be gay. Some of the people involved would respond, and some of them choose to ignore the rumors and get on with their lives.

There have been rumors and debates about David Muir’s sexuality. The rumors intensified when the anchor was seen going to gay bars with Gio Benitez, who is openly gay. However, David neither confirmed nor denied the rumors and has yet to give his statement.

Moreover, David does not post about his personal and love life on his social media accounts.

Gay or straight, it still does not erase the fact that the anchor can pull both genders and have them swoon over him.

People suspected that David dated Gio Benitez. However, the suspicions only remained as rumors. The rumors spread after David was seen at a gay bar with Gio Benitez.

However, Gio Benitez got married to Tommy Didario, which debunked the rumors.

Gio Benitez is an American broadcaster and is always open about his sexuality. He became Tommy DiDario’s husband last April 16th, 2016.

A lot more rumors circulated about David Muir, and one of them is the suspicions about Kate Dries and David dating.

Kate Dries wrote in an article that she dated David. Kate wrote in her article how she and David visited Rome. According to Kate, there was a spark between them.

“David and I connected right from the start,”

Kate wrote in her article.

She also included how the veteran anchor told her that he thought Peter Jennings was the evening news’ very own James Bond.

Kate tried to calm down after David’s statements because Peter was her first sweetheart. According to Kate, she did not want David to be uncomfortable.

However, David did not give any comments about her rumored partner, Kate’s statements. Moreover, the anchor neither confirmed nor denied the statements in Kate’s article.

Kate Dries, the Editorial Director of Vice. Moreover, she is also a former Deputy Editor for Jezebel.

Some websites claim that David is in fact in a relationship with Sean. There were even rumors that spread around saying David and Sean are already married. However, David never released a statement or any information about the person named Sean.

Upon checking David’s Instagram page, there are no signs and photos that could give a hint of his love life.

Is David Muir Married to his Wife/Partner Now?

David Muir is not married to anyone at the moment. There are no reports about David having a partner or being engaged to anyone. Furthermore, it looks like the veteran anchor is not dating anyone either. Moreover, it seems like the anchor is focusing on his profession.

Additionally, David is happy with his dogs, one of the dogs being Rafa, as seen on his personal Instagram page.