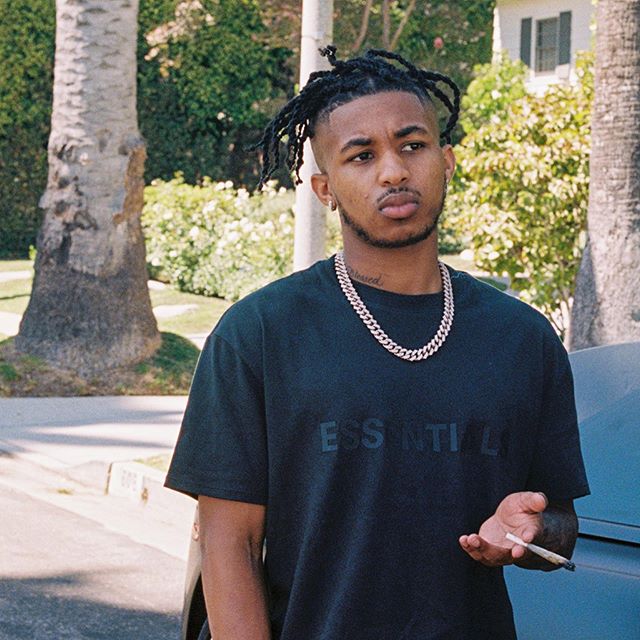 Darryl Dwayne Granberry, Jr., also known by his stage name DDG and PontiacMadeDDG, is an American rapper who has released various single and collaborated tracks. Moreover, this talented young man is also a YouTuber who has gained massive popularity for his videos on pranks, challenges, reactions, and parodies. Read this article to know about her siblings and parents.

This young and talented individual also happens to be the founder of his record label Zooted Entertainment. Read this to know Rapper DDG worth in 2021.

Darryl Dwayne Granberry, Jr. was born on the 10th of October 1997. He was born and raised by his mother, Tonya Yvette, and his father, Darryl Granberry Sr, in Pontiac, Michigan. DDG is Libra by astrological sign and is 23 years old at this time of writing.

His mother worked in a retail company whereas his father earns from the automotive industry.

DDG has been through a rough childhood. He and his family lived in an area notorious for crimes and gang violence.

Moreover, he grew up with 4 other siblings. They were Darion Breckenridge, Tawanna Rochelle Adams, Dajaun Bridge, and Tiarra. Sadly, his older brother, Darion, was tragically murdered in October 2014.

DDG attended the academy of Waterford for schooling. Later, he completed his high school at International Technology Academy.

After completion of high school, DDG attended Central Michigan University. However, he later dropped out of the university.

As it turned out, DDG was already making money from his YouTube channel when he was at the university and later pursued his career in making videos and rap songs.

Darryl spent most of his teenage days working as a grocer in supermarkets in his hometown. But as soon as he entered the university in 2014, he started making videos on YouTube.

Once he started earning as a YouTuber, he decided to work full time on making videos. His YouTube channels are The DDG Family, PontiacMadeDDG, and GamingWithDDG.

His video contents for the channels The DDG Family and PontiacMadeDDG were mostly about him making vlogs, pranks, reactions, and songs. Likewise, he also has makes and uploads gaming content on his other channel, GamingWithDDG.

From his videos on all his channels, he has gained millions of viewers and subscribers. DDG was earning enough money that he would quit his university and go on to invest in Cryptocurrencies and Real Estates.

Apart from YouTube, Darryl also developed a love for rap and hip-hop songs. As a result, he released his first singles on SoundCloud with the debut song Dope in 2015.

Likewise, he has released many other songs such as Reals and I do a lot that has crossed millions of views. His entertaining content and music drew more and more audiences and made him one of the popular artists.

Who is DDG dating?

DDG is currently single. It was announced in the year 2017 that Darryl was dating a YouTube creator Kennedy Cymone. The couple seemed to have taken their relationship a step further by announcing their engagement.

The duo was very close to marrying but due to some hiccups in their relationship, the couple broke up in the summer of 2018. Nonetheless, they are still good friends to this date.

How much is DDG’s Net Worth?

DDG has made a decent amount of income through his YouTube and singing career. As a result, his net worth is estimated to be above $2 million.

As popular as his contents are, fans would surely want him to be present on social media. DDG has gained more than 5 million followers on Instagram. Likewise, he has 684K followers on Twitter.