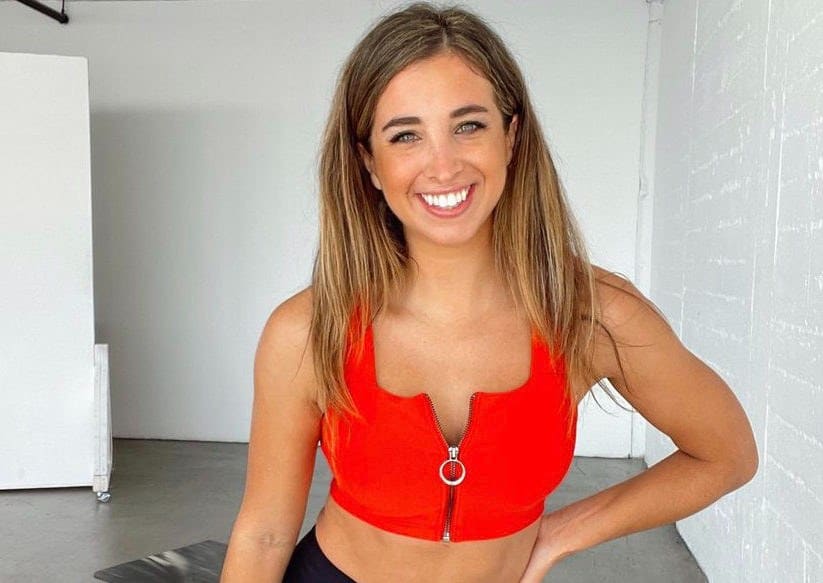 Katie Austin is an American fitness expert, vlogger, social media personality, and entrepreneur. She is the creator of the Katie Austin brand and the host of the “Austin AF” talk show/podcast. Her mother is the legendary fitness instructor Denise Austin.

Katie Austin is the daughter of Denise Austin, who made her name in fitness. Following in her mother’s footsteps, Katie pursued fitness herself. She came into her own as a fitness instructor courtesy of her fitness blog, GetFitWithKatie.

Besides that, Katie hosts the weekly talk show/podcast Austin AF. The podcast deals with fitness, health, and relationships. Every week, Katie has guests from various walks of life on her talk show. She has interviewed athletes, models, and other fitness experts on her show.

Furthermore, Katie has appeared in several talk shows on television. Most notably, she has appeared on shows like The Doctors, Home & Family, Rachael Ray, and Today. Additionally, she also appeared alongside her mother on The Ellen DeGeneres Show.

Besides TV talk shows, she has been featured in several health and lifestyle magazines.

She began her career through her GetFitWithKatie blog. That consequently led to workout videos on her social media accounts.

Additionally, she also has a smartphone app on both ios and googles play store with over 10,000+ downloads on each platform. Kate’s annual income from apps and subscriptions alone sums up to about $400,000 annually.

Aside from that, she also has patented brands of brownies, skincare products, and booklets.

Besides that, Denise Austin daughter Katie Austin is also a social media personality. She currently has over 322k followers on Instagram. According to InfluencerMarketingHub.com, Katie makes approximately $962.25 – $1,603.75 per post. Similarly, she has over 106k subscribers on YouTube. She has over 6.6 million lifetime views.

Katie also has a secondary YouTube channel for her podcast, Austin AF.

According to our research, Katie Austin’s net worth is approximately $3 million.

Katie Austin was born Katherine Reed Austin on October 2, 1993, to Denise and Jeff Austin. As of this writing, she is 27 years old. She was born in Washington, D.C., and raised in Hermosa Beach, California.

Katie is one of two daughters born to fitness instructor Denise Austin and her sports agent husband Jeff Austin. Her sister, Kelly Austin, is also in fitness.

Denise Austin is an eminent fitness expert, author, TV personality. She is most known as the host of Getting Fit with Denise Austin on ESPN.

Additionally, Austin served two terms on the President’s Council on Physical Fitness and Sports. Furthermore, she has authored over a dozen fitness-related books. Among them are such best-sellers as Side Effect Skinny, Get Energy, and Denise’s Daily Dozen.

Denise married Jeff Austin on April 30, 1983. Jeff is a retired professional tennis player-turned-sports agent. He was part of the UCLA Bruins.

Judging by her social media posts, Katie Austin is in a relationship. She and her boyfriend often appear on social media. However, the identity of her boyfriend has not been revealed and they have no children of her own. Kate Austin’s Wikipedia page does not exist.