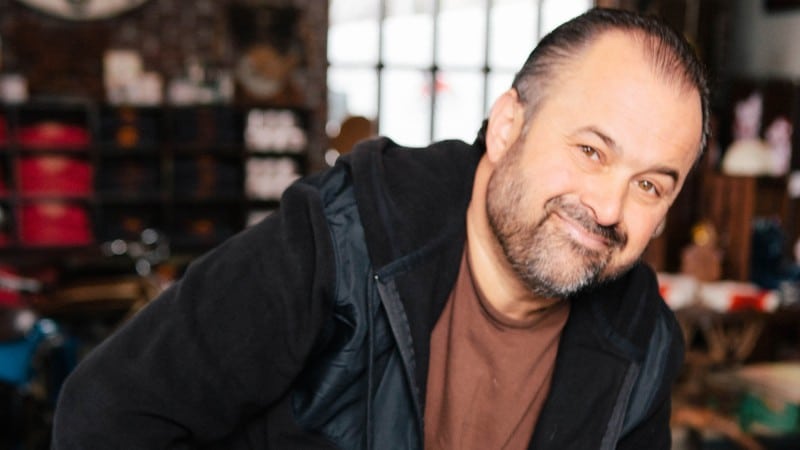 Frank Fritz, born on October 11, 1965, in Davenport, Iowa, USA, is a prominent television personality. He worked as a fire and safety inspector before. However, his hobbies of collecting rocks and antiques made him open and host his show, American Pickers in 2010 along with his buddy Mike Wolfe.

History channel premiered this show on January 18, 2010. American Pickers’ theme is to look for and collect antiques across the United States. They would then resale them after modifying or keep them for their personal collection.

However, Frank took a break from the show during the 8th and 9th seasons. So, what happened to Frank Fritz that even made him lose considerable weight? Let’s take a look into his current life.

The 55 years old American Pickers’ host took it to social media to address out his problems. After disappearing suddenly from the show, the American Pickers’ fans wanted to know what happened to Frank Fritz. Frank’s weight loss was also a concern for his fans.

Coming out on his Facebook, Frank revealed, in 2013, that he had been battling Crohn’s disease for more than 30 years. Due to this, Frank had to take a break from the show.

In an interview with The Sun, Frank even mentioned that it, at times, got difficult to deal with the disease.

While the disease is not fatal, it is not curable as well. It can only be maintained with exercise and a good diet.

Addressing his fans, Frank mentioned how thankful he was to them for their kind words and their concern about his health. What happened to Frank was inevitable, but he made sure that he had been exercising and eating healthy food. Hence, there is nothing to worry about for the fans.

What happened to Frank Fritz was the reason for his weight loss too. Frank lost a significant amount of weight which made his fans worry about him.

In one of the episodes of the show, Mike Wolfe also mentioned that Frank Fritz was getting back surgery. Apart from this information, we do not have the details of the procedure. In addition, neither Frank has been open about the surgery.

We can only assume that the surgery is related to his illness, and nothing more! After all, the fans cannot afford to see their favorite celebrity with additional health issues, can they?

According to sources, the back surgery was conducted recently. It took some time to recover.

What Happened to Frank Fritz on American Pickers?

What happened to Frank Fritz was a terrible thing that none of his fans would want to hear. Because of Crohn’s disease, Frank had to leave American Pickers. Sources even reveal that Frank was in quarantine due to the Covid-19 lockdown in Iowa.

However, Frank Fritz is set to return to the show for Season 22 with his co-host, Mike. Yet, because of the pandemic, the majority of the show might feature these two separately.

While other symptoms can be ignored and go unseen, weight loss cannot be unnoticed. Frank lost a huge amount of weight because of his disease. Currently, Frank weighs about 71 kg.

The American Pickers’ host is not married yet. However, he was in a relationship with his longtime girlfriend, Diann. Diann has a grown-up daughter, named Paige. These three seemed to go along quite well as Frank has posted several pictures of them on his Facebook.

Frank has also posted a picture of a little girl named Eulalia whom he calls her granddaughter. We assume Eulalia is Paige’s daughter.

Frank and Diann broke up a few years back, probably in 2018. The Sun states that Diann caught Frank with another woman in bed in November 2018.

After leaving the show due to his illness, Frank sold his Iowa house for $385,000 in January 2021. Frank bought this house with Diann.