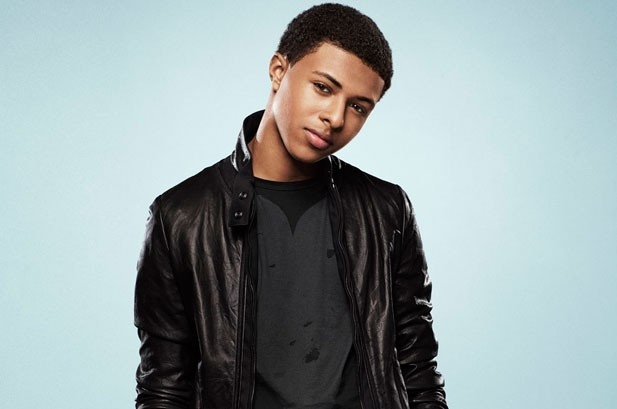 Daniel “Diggy” Dwayne Simmons III is the son of Joseph “Rev. Run” Simmons, one of the founding members of the rap/hip-hop collective, Run-DMC.

Diggy, as he is commonly known, is an aspiring rapper, singer, songwriter, actor, and model in his own right. In this article, we look at Diggy’s career, relationships, and net worth.

Diggy Simmons began his career by following in his father’s footsteps and becoming a rapper. He released his first album, a mixtape titled “The First Flight,” at the age of 14. The record was so well received that he was offered a recording deal by five major record labels, including Atlantic Records – whom he ultimately signed with.

Simmons went on to release two more mixtapes: “Airborne” (2010) and “Past, Present(s), Future” (2011). He is set to release his fourth mixtape, titled “Out of This World,” sometime in the near future.

Subsequently, Simmons dropped his major-label debut studio album, titled “Unexpected Arrival,” in 2012. The album peaked at #2 and #3 on the US Billboard Rap and R&B/Hip-hop charts, respectively. Later that year, Simmons won the Young Stars Award at the BET Awards. Simmons released his sophomore studio album, titled “Lighten Up,” in 2018.

Furthermore, Simmons has released over a dozen singles, including hits like “Copy, Paste,” “Do It Like You,” “4 Letter Word,” “My Girl,” “Ain’t Bout to Do,” “It Is What It Is,” and “Text Me,” to name a few. Additionally, he has also featured on tracks from artists like Dionne Bromfield and Mindless Behavior.

Besides his singing/rapping career, Diggy Simmons has branched out into various projects. He is also an aspiring actor. His first on-screen role came as part of the MTV reality series “Run’s House,” based on his family. The series premiered on October 13, 2005, and ran for six seasons, ending on July 13, 2009.

However, Simmons’ first acting role came in the 2013 made-for-TV movie “The Start-Up.” He subsequently made his TV series debut three years later, with a guest role in the crime-thriller “StartUp.” Two years later, he guest-starred in the episode “Bird Gets a Pass” of the drama series “The Plug.”

That same year, Simmons landed his first significant TV role as Doug in the sitcom “Grown-ish” on Freeform. The sitcom is a direct spin-off of another sitcom, “Black-ish,” on ABC, and premiered on January 3, 2018. Simmons was a recurring cast member in the first two seasons of the show. He was moved to the main cast beginning in the third season and has appeared as such in the subsequent seasons. He has appeared in 43 out of the 60 aired episodes of the show.

Outside of showbiz, Simmons has also dipped his toes in entrepreneurship. He partnered with a sneakers manufacturing company to drop his signature line of urban sneakers in 2010. The sneakers were called Chivalrous Culture, or Chiv Culture in short. The line has since been discontinued.

Diggy Simmons was born Daniel Dwayne Simmons III on March 21, 1995, to Joseph Ward Simmons and his second wife, Justine Jones. Daniel is 26 years old at the time of this writing. According to IMDb, Diggy Simmons stands at 5 feet 8½ inches (1.74 meters).

Diggy is the oldest of three children and one of the two surviving children. His younger brother, Russell “Russy” Simmons II, is also an aspiring rapper and actor.

On the other hand, Diggy’s youngest sibling, his younger sister Victoria Anne Simmons, passed away mere moments after being born on September 26, 2006, due to a congenital disability called omphalocele.

Diggy’s father is Joseph “Rev. Run” Ward Simmons. Joseph is one of the most prominent rappers of his generation and a founding member of the rap/hip-hop collective Run-DMC. Joseph has released seven studio albums, one live album, six compilation albums, and thirty singles as part of the group. Furthermore, he contributed to the group’s multi-platinum-selling singles like

Does Diggy Simmons Have a Daughter?

Diggy Simmons has had to endure some salacious rumors about himself. Perhaps no rumor is as damaging as the rumor that he fathers an illegitimate child but such is the nature of show business. Some tabloid gossip sites have even corroborated the rumors.

However, according to sites like Distractify.com, Diggy Simmons does not have any children. The site went on to speculate on why Diggy was the subject of such rumors and posited that it could be because Diggy has not outright denied any claims.

Nonetheless, based on the reports by reputable sites, Diggy Simmons does not have any children.

Who is Diggy Simmons’ Girlfriend?

Like the rumors about him fathering a child, Diggy Simmons has also come into scrutiny about his love life. Ever since he appeared on-screen as the love interest of Chloe Bailey’s character in the Freeform sitcom “Grown-ish,” fans have shipped the two of them together.

Fans got what they wished for when Diggy and Chloe were reportedly spotted making out in mid-2019. However, in subsequent interviews, Chloe has constantly reminded everyone that she was single. Hence, even if they were dating, they are not anymore.

Furthermore, Diggy is also romantically linked to a woman by the name of Jessica Jarrell, but neither party has confirmed the rumors.

According to various news sources, Diggy Simmons has a net worth of around $3.75 million. The 6-year-old is a rapper, singer, actor, and model, all before the age of 30.

As a rapper-singer, Diggy makes his money from record sales, touring, merchandise sales, etc. Furthermore, he is also an occasional actor and makes money from his film and TV roles. He also formerly owned a signature line of sneakers called Chivalrous Culture, which has since been discontinued.