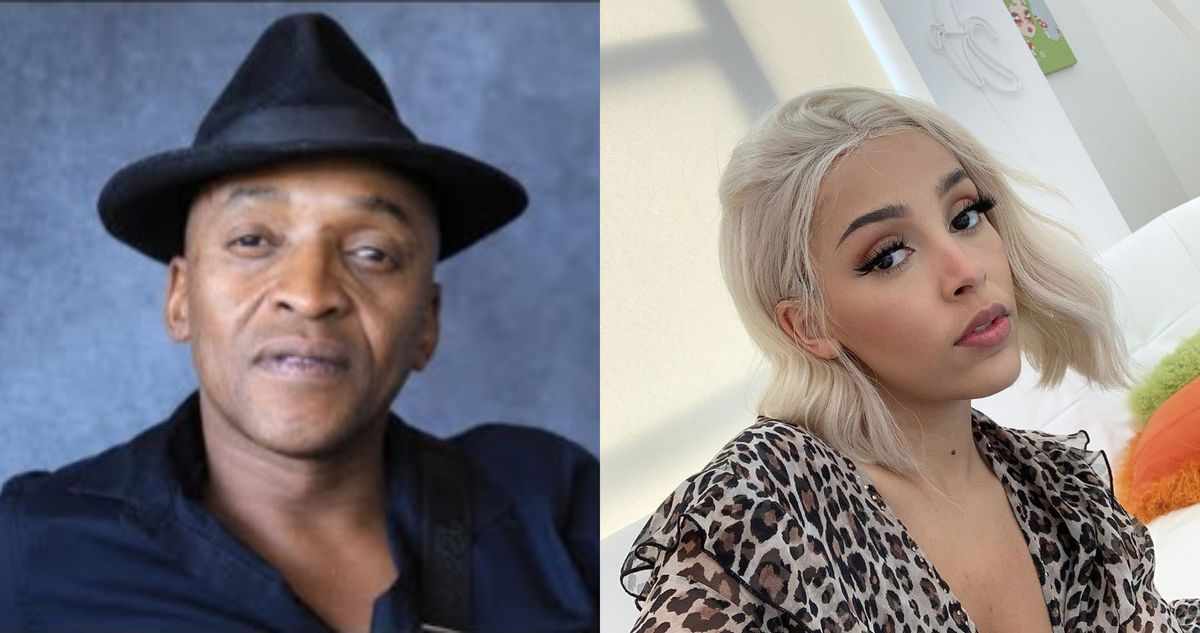 Doja Cat is an American musician who first gained prominence after topping the Billboard chart with Juicy. And behind her success were her parents, who supported her throughout her career and early life.

The singer is known for tracks such as Say So, Boss Bitch, and a feature on Saweetie’s Best Friend. Read on to know more about Doja Cat in this article. This article mainly focuses on the parents of Doja Cat: Deborah Elizabeth Sawyer and Dumisani Dlamini.

Doja Cat’s journey to superstardom is an inspiration to many as the singer had to work her way up. But it wasn’t all pretty because she went through a period of homelessness and had her start in Soundcloud.

And many would think that her parents were there to support her, which is partially true. A single mom raised Amala Ratna Zandile Dlamini, Doja’s real name, along with her brother.

Doja Cat was born in 1995 on October 21 as Amala Ratna Zandile Dlamini. She was born to Dumisani Dlamini(father) & Deborah Elizabeth Sawyer(mother).

Dumisani’s mother groomed him to become the celebrated actor he is today by making him entertain in events. Doja’s father has starred in several South African films since getting his big break as the Crocodile in Sarafina!

The 26-year-old’s father, Dumisani, is from the Zulu tribe of South Africa. He came to New York in the 1980s to star in the broadway production of Sarafina! with other South Africans. He mentioned in this 1987 article how he was in awe of the city and noted similarities to his hometown.

In New York, Dlamini would meet Amala’s mother, Deborah, before hitting it off. The couple fell in love, and Deborah soon gave birth to Amala and her brother.

Unfortunately, Dumisani would be too busy to spend time with his family and even move back after being homesick. He was hoping his family would follow suit, and although Deborah did think about it, she decided otherwise.

Doja has talked to him but only virtually and thinks she got her passion for singing and dancing from him. But, she still considers Dumisani as her estranged father and even broke down her relationship with him in this video.

Dumisani denies these claims and accused Doja’s management of preventing her from meeting him for fear of losing their talent. He maintains that he has a healthy relationship and that his children love him as much as he does them. He claims he spoke to Doja. This was a stark contrast to her statement about being distanced from him.

Doja’s mother’s name is Deborah Elizabeth Sawyer, and she was born in the United States sometime in 1963. Deborah doesn’t reveal much about her personal life, and very few details about her life are available.

She met Doja’s father, Dumisani, when they were touring the United States. Deborah was a graphic designer at the time. After Dumisani left her with their 2 children, Deborah divorced him and decided she would not follow him to South Africa.

She packed all her belongings and her children to relocate to her mother’s home in Rye, New York. Doja’s mother painted and did acting, while her grandmother was an architect and painter. She also practiced Judaism, but Doja remembers they weren’t as strict as they celebrated Christmas and ate lobster.

Then she moved to the Santa Monica Mountains to reside in the Sai Anantam Ashram commune, where she practiced Hinduism for a while. Doja recalls her mother most likely retreated to the mountains to find peace. The California wildfires of 2018 unfortunately burned down much of the structures.

She finally settled in Oak Park, where she would befriend Gabrielle Hames’s mother and make jewelry with her. Gabrielle was Doja’s childhood friend who knew much about her family.

Doja has a brother, and it is unclear if he is her twin. She has said in an interview that he makes amazing music but refuses to put it out. The Say So singer added she and her brother are opposites as he prefers to keep to himself.

Another rumor that’s going around is that they have seven other half-siblings who live in various cities.