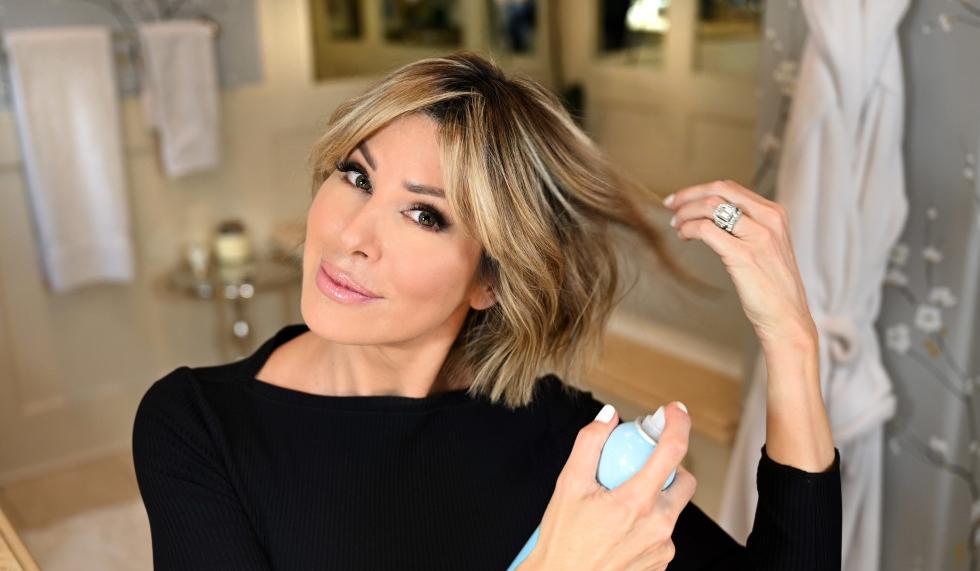 If there is any beautiful journalist in the world, then Dominique Sachse would top any list. Sachse is a renowned news personality whose exceptional skills in journalism coupled with her blushing looks have made her one of the favorites of all time.

Dominique Sachse broke into the scene ever since her stint as a news anchor of KPRC-TV Channel 2, an NBC affiliated tv station based in Houston. But besides being known as a journalist, Dominique has also turned millions of heads by showing off her makeup skills. As of 2021, the NBC anchor is a widely followed YouTube icon as well.

Ever since Dominique’s parents migrated to America, she had to get her education in America. Sachse joined Memorial High School in her hometown Texas in 1986 and graduated in 1988. Since Sachse wanted to become a professional journalist from a young age, she matriculated in Houston. There, Sachse graduated with a degree in communications and journalism.

After graduating from the University of Houston, Sachse became a traffic reporter at Metro Traffic Control, where her duties were to broadcast traffic data to radio stations like KLOL, KTRH, and KHMX. From 1991 to 1993, Sachse worked as a disc jockey and sometimes worked overnight with late-night shifts at KHMX. Finally, Sachse saw a breakthrough in her career in 1994 when she joined NBC’s KPRC-TV as a journalist. For nearly 27 years, Sachse has provided her service as a reporter, and she seems to enjoy her work.

Since 2016, Sachse started her new venture as a YouTuber and found success in that as well. Perhaps her beautiful looks and prominent name helped her garner 1.4 million subscribers. Her niche on YouTube involves beauty and health, and she often shares makeup tutorials and workout sessions.

Unlike her career, Dominique Sachse has seen lots of ups and downs in her personal life. However, after ending a toxic relationship with an unknown person in the past, Sachse seems to have found stability in her newly wedded life.

As of 2021, Sachse is living a serene life with an international businessman and philanthropist named Nick Florescu. Nick has an equally outstanding career as his wife’s, but Sachse brought him to the limelight.

Nevertheless, Sachse’s husband is a marketing graduate from Boston University and has since founded numerous business ventures. Previously, he was the President and founder of sales and marketing companies and philanthropic groups like Centra de USA and The Urbane Society. Since 2011, Nick became the CEO of Kubis Interactive, a company that deals with company branding, printing, digital marketing, and promotional photography.

The best thing about Nick and Sachses’s marriage is that they have remained married for nine years and show no sign of splitting.

Neither Nick nor Sachse saw each other before until one day fate brought them together. Moreover, Nick and Sachse only took three months to date each other and got married right away. But within this limited time, the now Florescu couple saw each other’s compatibility.

Nick and Sachse met for the first time in January 2012. It was during a kick-off party for Houston Community College, which was held in January 2012. The host of the event was Monsour Taghdisi, with whom Sachse and her mother were having brunch on the balcony of Cafe Annie.

Several prominent businessmen like John Cason Thrash, Manfred Jachmich, Lonnie Schiller were present as guests, and Nick was in that group as well. All the names mentioned above came to pay their visit to the event’s host. While everyone had left, Nick stayed behind to have a long conversation. The amicable way Nick was communicating with Sachse’s mom was why Nick and Sachse became a couple.

Just before Nick could leave, Dominique’s mother, Audrey Toll, asked Nick to find a man like him for her daughter, who went through a divorce at the time. Then the host of this event hosted another party in June 2012. This time it was a pool party where Nick and Sachse met each other yet again.

By then, Nick and Sachse developed feelings for one another. Both had a long walk near the poolside, and the Florescu couple talked for a long time. At the same time, Sachse’s son Styles and Nick’s eldest daughter, Elle, played with the other children and developed bonding.

By the end of the day, Nick’s daughter suggested her father marry Sachse.

Before Dominique Sachse could marry her husband, Nick left for a business tour in Europe, during which he and Sachse sent flirty texts. Nick also called himself Sachse’s friendly stalker. After returning from Europe, Nick and Sachse dated numerous times.

Nick and Sachse were ready to marry but had to make sure that their children coped well with one another. We know that Nick has five children, and Sachse had one son. So, to befriend the children, Nick and Sachse moved into a residential high-rise, where Sachse was on the 15th floor, and Nick was on the ninth.

Fortunately, Nick and Sachse’s children mingled well with each other in the pool, theater room or played games in each other’s apartments. Soon, Nick took Sachse on vacation in Europe for a week. Sachse knew that a proposal was on its way from Nick as he had hinted at it several times before, including when he introduced Dominique as the newest person in his family.

But the formal proposal finally came towards the end of their vacation while they were dining at Ristorante Dal Bolognese in Rome. Just after finishing their spaghetti, NIck and Sachse’s conversation took a turn towards love and commitment when Nick popped the question to Sachse. Just after asking Sachse’s hand in marriage, the two kissed in the Piazza.

Dominique Sachse’s best day of her life has to be her wedding day with Nick as it was simply outstanding in so many ways. Sachse exchanged vows with Nick in an embellished setting for the wedding ceremony at Texas’s Memorial home of Becca Cason and John Thrash. Moreover, Nick and Sachse tied the knot on the 22nd of May 2012. Joel Osteen, a prominent pastor, was the one who brought the two in holy unification.

Nick and Sachse’s children were amongst the attendees. Also, news reporters like Janet Shamlian and Bill Balleza, among many journalists, attended Dominique’s wedding. The wedding ceremony’s reception, which was only intended for 100 guests, soon expanded to 300 that the wedding organizers had to take up the swimming pool area. The tower wedding cake made by Who Made the Cake? fell short for that many guests.

The new couple, Nick and Sachse, are celebrating their 9th wedding anniversary, marking the success of their love story. It is safe to say that Sachse and Nick have a happy wedded life, as seen in their Instagram posts. Nick and Sachse can be spotted taking pictures of their workout sessions. Recently, they posted a photo of the two celebrating 4th of July.

Altogether, Dominique and Nick are the parents of six children. However, none of those six came from the Florescu couple’s marriage. Sachse is the mother of a son named Styles, whom she had with her previous marriage. Styles looks to be a teenager who prefers to keep his life lowkey. Though he often appears on Sachse’s Instagram and recently graduated from Episcopal Class of 2021.

On the other hand, Dominique’s stepchildren are very much active on social media. Recently, Isabella graduated from high school and is off to Sewanee University. Likewise, Ava, who recently turned 16, had her first makeover. The other children, Alex, Ella, and Nicky, often appear on Sachse’s Instagram post and came together during Easter Bunny.

Dominique Sachse is a woman with a mixed heritage. Born in England, neither of Dominique’s parents were English. Instead, Sachse’s father was Peter Sachse from Germany, and her mother is Audrey Toll, a Ukrainian. It seems that Sachse’s father is no more with her as he never appears on Instagram, while Audrey does. After conceiving Dominique, the entire Sachse family emigrated to America.

How Old is Dominique Sachse? Height and Weight

Dominique Sachse’s date of birth falls on the 11th of June 1968. Sachse recently turned 53 in June 2021. Even though Sachse has crossed her 50s, she does a remarkable job in maintaining her figure. Even in her 50s, Sachse looks to be in her 20s because of regular exercise in the gym.

Everyone’s beloved anchor, Dominique Sachse, is not only gifted with the ability to anchor, but she also has a tall height. Apparently, Sachse is 5 feet and 8 inches tall, nearly 174 cm. Though Sachse has a god-gifted tall stature, she had to work hard to maintain weight. As of 2021, Sachse weighs 58 kg.

Dominique Sachse’s body measurement reads that she has a chest, waist, and hips ratio of 33 inches, 20 inches, and 31 inches, respectively.

Dominique Sachse Net Worth and Salary

As a successful reporter and YouTube star, Dominique Sachse has accumulated a net worth of USD 5.5 million in 2021. As an NBC journalist of Texas, Sachse earns $55k a year. Apart from this, Sachse has over a million subscribers on YouTube and makes significant earnings from there as well.

Dominique Sachse is very much active on Instagram rather than Facebook and Twitter. So far, Sachse has garnered 284k followers on Instagram, and her followers love every single content Sachse posts. Sachse is an encourager who encourages people to stay fit and healthy by sharing videos of her working out at home or the gym.

Likewise, she shares glimpses of her makeup tutorial, which is fully available on her YouTube. Apart from this, Sachse also posts elegant pictures of herself and the family.