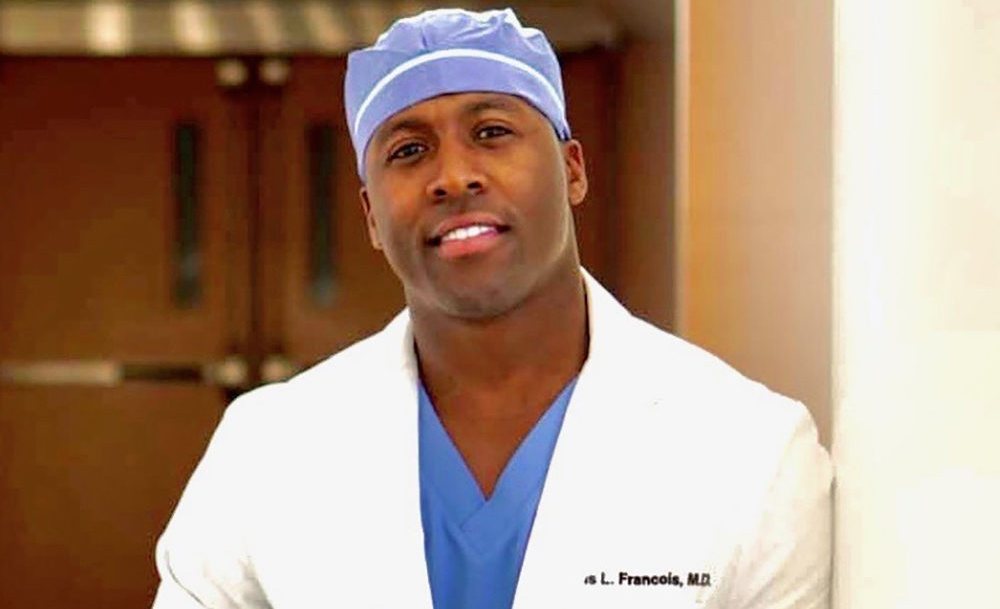 While some may find Dr. Elvis’s singing profession weird for a doctor, they will be surprised to know how much it contributed to uplift human health. After all, singing is what brought Dr. Elvis to the limelight, and people could recognize his surgical talent as well.

Apart from saving lives through medical procedures, people love how Elvis’s motivational songs like Imagine have given hope to patients and victims fighting health conditions, especially in times like this.

As of now, the surgeon is still in his budding phase as a surgeon. But Dr. Elvis has had a long study path in becoming the professional surgeon he is turning out to be.

Dr. Elvis did his graduation from the school of medicine at Meharry Medical College. Also, he has recently finished a fellowship for spine surgery at Harvard Medical School. From Harvard, Dr. Elvis attended Orthopedic Surgery Residency Program at Mayo Clinic Graduate School of Biomedical Sciences in 2015.

Since 2015, Dr. Elvis has his duties as the chief resident of Mayo Clinic’s orthopedic department in Minnesota. While continuing at Mayo Clinic, Elvis is also been an orthopedic surgeon at Harvard Medical School since 2020.

Elvis has a bright future ahead of him, but his unorthodox passion for music will surely take him a step closer to success. Going side-by-side with Elvis’s medical profession is his musical dream as he is busy writing his lyrics and hoping to release plenty of inspirational songs. Music has always been a reliable therapy to heal the body, and Dr. Elvis wishes to take advantage of it.

While everyone was busy generating help through any means necessary during the worldwide pandemic, Dr. Elvis raised funds for Coronavirus relief by releasing an E.P.

Elvis’s fellow partner Dr. William Robinson, who happens to be a pianist, the so-called “Singing Surgeons,” provided many inspiring singing moments. On NBC Special on the 24th of May of 2020, named Back Home Again, the duo performed God Bless America. After that, Elvis and William performed The Star-Spangled Banner at the Indianapolis 500 the same year.

After his cover of the song, Imagine went viral, Dr. Elvis made his T.V. debut on season 4 of The Masked Singer, where he played the character of The Serpent. His inspiration for doing The Serpent was due to its symbolic meaning for medicine, representing the Caduceus medical symbol.

Unfortunately, Dr. Elvis was eliminated in the eighth episode of Masked Singer. Fans who’ve been following him throughout the show were unhappy with the result. Also, Dr. Elvis made a presence in The Ellen Show at some point.

How Old is Dr. Elvis Francois? Birthday and Early Life

Dr. Elvis Francois has already become a professional surgeon at a young age. Elvis’s date of birth is on the 28th of September. Moreover, the 35-year-old surgeon is a native of Haitian but is now living in Minnesota state at Rochester.

As for Elvis’s name, his mother named him after her idol Elvis Presley. Hence, one can imagine where Dr. Elvis got his inspirations in music from. The orthopedic surgeon’s full name is Elvis Lionel Francois.

There is not much information regarding Dr. Elvis’s parents’ identity. However, Elvis revealed that his father raised him as a single parent after bringing him and his brother to America. Because he decided to migrate, Elvis has had many opportunities for his career.

Apart from saving lives and entertaining people with songs, fans are stoked to know with whom Dr. Elvis shares his life. Dr. Elvis’s admirers mostly search if he has a girlfriend or a wife.

However, the answer is clear that Dr. Elvis is not yet associated with anyone. The reason might be because Elvis is laser-focused on building a career as a surgeon and as a musician. Even if Elvis were dating anyone, he would have posted images of her on social media, which isn’t the case. Hence, we can say that Dr. Elvis is currently single.

Over the years, he has had a successful run becoming an online personality. He has his Facebook page, Instagram and also, his own YouTube channel. His social media profile started blooming after people noticed a surgeon singing so passionately. But Dr. Elvis’s media presence has also boosted his fame on social media.

Dr. Elvis has almost 100k followers on Facebook, where he posts about his singing videos and travel photos. He is even more active on Instagram sharing his daily life activities and being in touch with his fans. There, Dr. Elvis has more than 286k followers. Through Elvis’s Instagram, we could see how various strangers come into the hospital and play music while Elvis sings to create a happy environment in the building.

Lastly, he has around 30k subscribers on his YouTube channel, where he posts his singing videos.

It is no surprise that Dr. Elvis must have quite a large mass of fortune due to his musical achievements and life as an orthopedic surgeon. However, Elvis’s social media posts seem to show that he is living as modestly as possible.

Nevertheless, sources claim that Dr. Elvis must be generating a wealth of $543,003 as a surgeon at Harvard. As for Dr. Elvis’s net worth, it is expected that this doctor has $1 million of wealth. The exact details of Elvis’s net worth are still under review.