Who is Erica Peeples’ Husband? Age, Wikipedia, Net Worth

Erica Peeples is an American professional dancer, actress, and poet. Her fans primarily recognize her as Lexy from the 2019 BET original movie Fall Girls. Moreover, she has recently gained worldwide fame for appearing as Mo in The CW drama series All American (2020-2021).

Many of her viewers and fans have grown curious about her relationship status and current partner. Thus, the article below brings forth Erica Peeples’ relationship details, including info about her boyfriend or husband.

In Mt. Clemens, Michigan, Erica Peeples took birth to her father Richard Peeples and her mother Anndera Peeples on 22 May 1984. She has three siblings whose names and details she has not disclosed yet.

Peeples developed a love for writing poems and acting from a very young age. Thus, for formal education, she opted for acting classes. Peeples made her on-screen acting debut with a single-episode role in the 2007 TV series Law & Order: Criminal Intent. The part followed similar other minor roles in TV series and films like Fighter (2007 short film), Today’s Special (2009 children TV program), Return to the Doghouse (2009 TV series), etc.

However, she has found prominence in the entertainment field after appearing as the lead character Gena Rollins in the 2017 drama film, True to the Game. 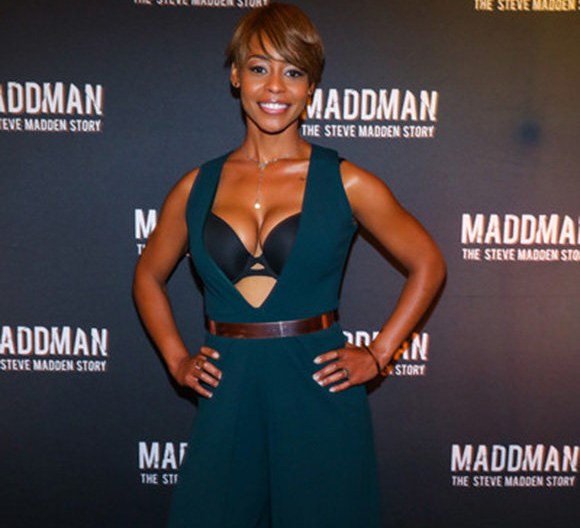 Erica’s most recent screen appearances are as Mo in All American (2020-2021), Jaelyn in the 2021 TV series Vicious, Gena in the 2021 drama film True to the Game 3, etc. Moreover, she is currently working on her upcoming 2022 TV projects like On Ten, Trophy Wife, and Men of the House.

The All American actress is rather secretive about her dating life, relationships, or marriage. She does not speak much about her private life details on her social media handles or media. However, in the past, i.e., in July 2013, she had posted a few romantic pictures with her alleged boyfriend, Qux Rio. The pair last appeared together until May 2016 and were never seen together.

As of 2021, Erica Peeples has not officially confirmed her relationship. However, on 21 November 2021, she uploaded a picture with a man on her Instagram handle @ericapeeples. She has tagged @azature on the post and wrote, “If Diamonds are forever. Then Your Mine.” Thus, it seems the actress has found someone for herself. But he is not her husband as there is no news about her wedding yet. 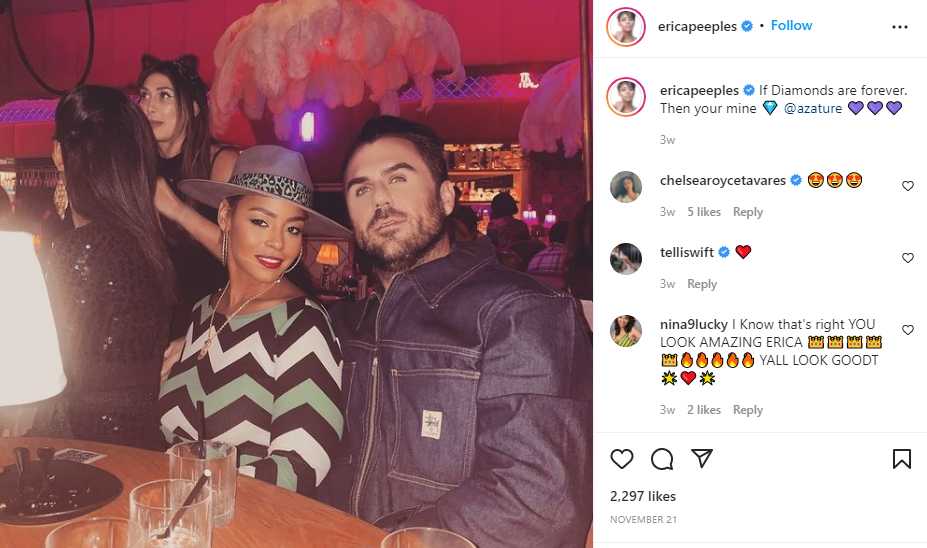 Erica Peeples has turned 37 years old as of 22 May 2021. On her 37th birthday, she posted a video of herself from the sets of her The CW TV series, All American.

Erica Peeples’ exact 2021 net worth is currently unavailable on any internet websites. However, in 2019, she had an estimated net worth of $500 thousand. Considering her several famous acting works after 2019, she must have increased her monetary value by significant numbers. 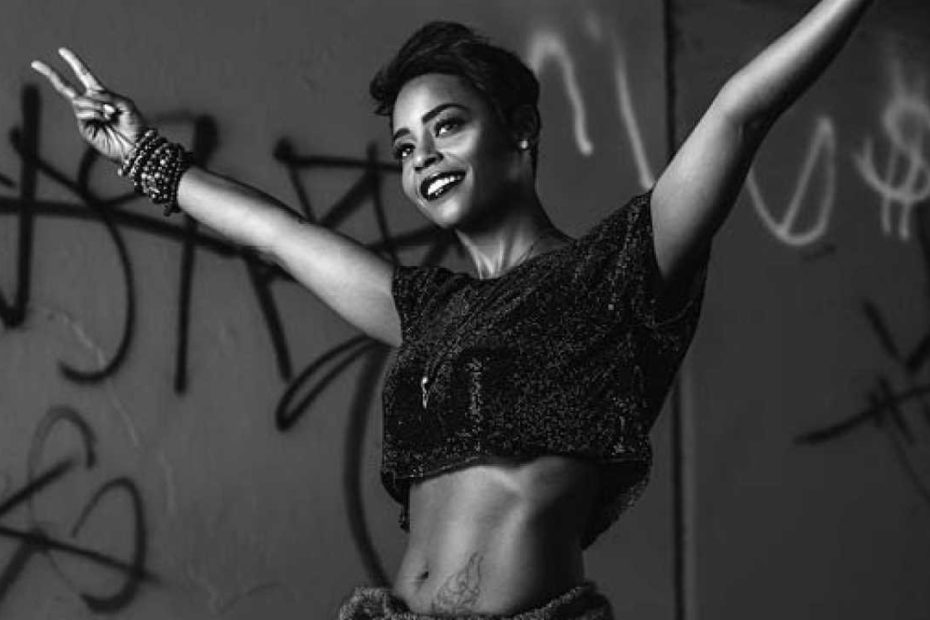