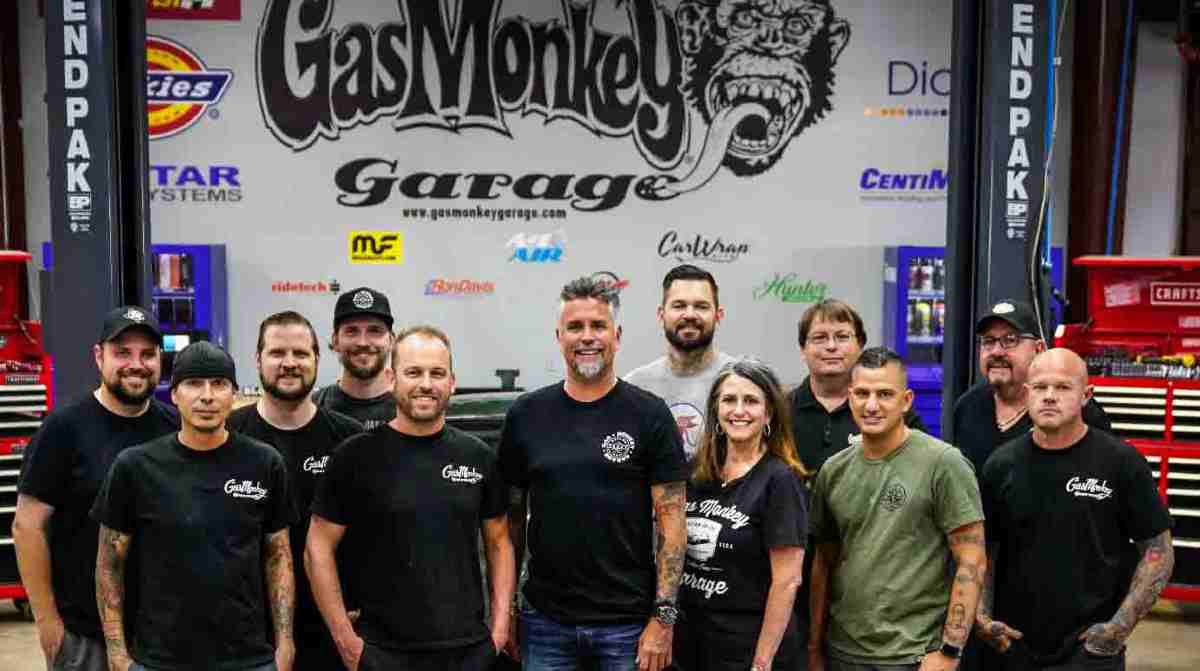 Fast N’ Loud is a series that was developed by the Discovery Channel. It is based on car enthusiasts who are quite skilled when it comes to the restoration and customization of vintage automobiles. These include cars like a 68 Chevelle, an 81 Jeep CJ7, and even a 37 Buick Racer.

Some of the main cast includes the likes of Aaron Kauffman, Richard Rawlings, Christie Brimberry, and Charles Cimino. The team searches for old derelict vehicles which they then fix up and sell for a profit. Find out what the cast of Fast N Loud is doing now.

Fast N’ Loud is a reality show that first aired on June 6th, 2012. Fans were introduced to the Gas Monkey Garage and the crew under its employ. We got to watch as Richard and Aaron brought in classic cars like a 55 Chevy Bel Air, and even a Coupe Rocket 88 which had spent a half-century in a garage.

In total, Fast N’ Loud has been on the air for eight years. This has birthed 16 seasons and 155 episodes. One of the highlights of the series came in during the 14th season. The crew partnered with the Sinese Foundation in a special episode dedicated to Veteran’s Day.

We were initially introduced to Misfit’s Garage on the 13th of October 2014. It followed the work of four mechanics, all of whom were once employed at Gas Monkey Garage garage. Scot McMillan, Tom Smith, Thomas Weeks, and Jordan Butler left GSM to launch their own vintage restoration garage. To get some publicity for their shop, the gang agree to take part in a demolition derby.

Kaufman was once employed as a mechanic over at the Gas Monkey Garage. This meant that he was a regular feature on Fast N’ Loud, appearing in over 60 episodes. After he left the franchise, Aaron switched his focus to his fabrication business which, supplies a variety of parts for the Ford F 100 pick up. As far as we could tell, Aaron mainly deals with clients from Dallas Texas.

Moreover, Kaufman would also go on to work on multiple spin-offs. These include Shifting Gears with Aaron Kaufman and Aaron Needs a Job, both of which are still on the air.

Being the proprietor of Gas Monkey Garage, Richard Rawlings was undoubtedly the star of the show. He featured on over 100 episodes through its run and was even listed as a producer after a while. Even before Fast N’ Loud aired its final episode, Rawlings had already begun to transition into an executive producer.

Christie worked as the office manager of the Garage and Rawling’s right-hand woman. In this capacity, she’d feature on the show from 2012 to 2017, starring in 55 episodes. A year prior to her departure, Christie learned that she had cancer.

Consequently, she’d undergo not only surgery, but an intense bout of chemotherapy to completely eradicate it. The series helped Brimberry to build an impressive following on platforms like Instagram, where she has more than 342K followers. Recently, Christie decided to start an only fans page, which fans could also subscribe to for a fixed monthly rate.

C was part of the Fast N’ Loud franchise right up until 2015 when he decided it was time to venture out on his own. He made the move to Fort Worth, Texas, where he’d start K.C’s Paint Shop. His garage offers a variety of services, ranging from painting, fabrication, to restoration.

Moreover, the shop even tries to bring some dynamism into restoration, mainly by merging new technology with vintage automobiles. When he is not managing his shop, Mathieu is also a regular feature at car trade shows all across America.

Charles Cimino is an expert mechanic who once put together a particularly troublesome 67 Dodge Dart. Unlike his other co-stars, Charles did not enjoy a long run on the show. He’d only appear in a handful of episodes and was gone by 2017.

Charles would later pop up in a spin-off reality show titled Master Mechanic. However, after a ten-episode run, the series would be put on hold.  This prompted Charles to move back to Scottsdale, Arizona. He’d set up a garage that specifically catered to Mustangs.

Mike is another mechanic whose popularity benefited from Fast N’ Loud. Even after the series ended, he’d continue to receive an outpouring of support and love from fans. Presently, his Instagram page boasts a following of 232K. In a recent post, Mike gushed about his new anti-static gun, which, he uses for painting and fabrication.