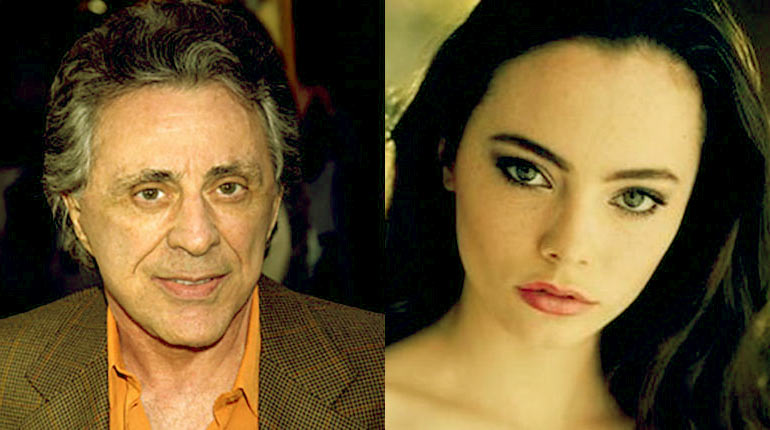 It is often said that no parent should outlive their children. However, Frankie Valli had to undergo the pain of losing not one but two of his daughters; and that wasn’t even the worst part. His kids had barely hit their prime and had shown a lot of potential in their respective careers.

However, even in mourning, nasty speculations arose about their deaths following no official obituary. With that in mind, here’s the real truth on Frankie Valli’s daughters Francine Valli and Celia Valli’s deaths.

Who is Frankie Valli?

Frankie Valli charmed his way through the hearts of music lovers during the late 20th century as part of the band, The Four Seasons. Somewhere along with his career, he also tinkered with a bit of acting in televisions shows such as Miami Vice, Full House, Hawaii Five-0, and The Sopranos.

Nonetheless, all these were mere constructs to express his passion for his loved ones. As a result, when his daughter died, he dedicated the song Fallen Angel to commemorate her life.

Over the years, Frankie Valli had a lot of conquests while on tour – some of which he married. His first union was with a woman named Mary, who already had a daughter from her previous relationship. The name of the child was Celia Valli. Despite having a different father, the singer lover her as his own and adopted her following their union.

Even though they divorced thirteen years later in 1971, the singer still raised her as part of his flock. However, Frankie Valli’s daughter Celia Valli died shortly after in the year 1980. Frankie Valli’s daughter’s cause of death was a result of a tragic accident that saw her fall from a fire escape. She plummeted to her death on the hard cold concrete down below.

Barely had the family recovered from the gruesome than news of yet another family member’s death hit them. Frankie Valli’s daughter, Francine Valli, died on August 16th, 1980, at the tender age of 20.

During her teenage years leading up to her untimely death, she struggled with drugs and substance abuse. As a result, her parents did their best to rehabilitate her.

Sadly, Francine Valli died of a drug overdose in New Jersey. At the time, she was studying at a local college, and word got out that she died of pneumonia.

However, according to an official report, the real cause of death was as a result of mixing alcohol and Quaaludes – a sedative and hypnosis medication.

What was even more depressing was that out of all Frankie Valli’s kids, his daughter Francine was the only one who took up an interest in music. Like her father, she had a great voice and showed a promising musical career. This was especially after she recorded the tracks, I Try, Street Life, and Midnight At The Oasis.

Frankie Valli’s daughter Francine Valli would have been 60 years old today; death hadn’t snuffed her life force. Nonetheless, that same year, her paternal grandfather died of a stroke and joined her in the afterlife.

His wife and Children.

It’s no secret that the singer was not huge on upholding marriage vows despite having three separate weddings over his lifetime. Sources point out that while on tour, he was keen on Ohio’s groupies.

Nonetheless, his first marriage took place in the year 1957 to a woman named Mary Mandel. She was the mother of Celia from her previous relationship and later, Antonia and Francine. However, after 17 years of marriage, the couple called it quit in 1971.

Three years later, the Four Seasons singer tried his luck in marriage again by the wedding MaryAnn Hannigan. However, even she wasn’t enough to tame Frankie and as a result, the wound up divorced in the year 1982. The pair didn’t bring up any kids together

Third time’s the charm, or so they say. Randy Clohessy would soon find herself as Frankie Valli’s third wife following their marriage in 1984. Out of all the three wives, she stayed the longest in marriage to the singer.

Moreover, they also wound up having three sons, namely, Francesco, Brando, and Emilio Valli. Sadly, they ended their union in 2004 after filing for a divorce.

Three years later, his first wife, Mary Mandel, passed away in April 2007. Since then, the singer has not taken up another wife. However, rumors have sprung up that he is dating a 57-year-old woman named Jacqueline Jacobs after their pictures surfaced online.

Despite his age, the Four Seasons singer has an online presence on Instagram, Twitter, and Facebook. You’ll find him promoting tickets to his shows across the country while on tour.