Hunter Doohan is an emerging new talent in the entertainment industry. As of 2021, Doohan is famous for his work as an actor and scriptwriter. But over the years, the modern TV personality has appeared in the industry as a director and filmmaker.

Fans may recognize Doohan for one of his most famous works, including his role as Adam Desiato from Your Honor TV show. Regardless, Doohan’s exceptional talent while on and off movie set has made him garnish recognition across America. Thus, fans would like to go in-depth regarding Doohan’s life outside his profession as well.

The actor has his full name, Hunter Haven Doohan. Doohan is a native American born in Fort Smith, Arkansas state. In his early days, Doohan’s parents kept shifting places in different parts of Southern America. Therefore, Doohan was not raised in a fixed location but in other regions, including Arkansas, Georgia, and Alabama.

As the young Doohan was growing up, the boy was also picking up an interest in acting. Doohan’s parents acknowledged his interest and talent and helped him go to the drama department. Furthermore, at that time, the young Doohan used to play roles on stage in a local community theatre.

After completing high school in his local area, Doohan went to live in Los Angeles. In LA, Doohan pursued his passion for drama and acting. Firstly, Doohan chose the University of Oklahoma City to study BFA in theatre. However, Doohan never graduated, nor did he complete his studies in the university.

Instead, Doohan took an internship with a local casting director, Elizabeth Barnes. As time went by, Doohan realized that he could learn more from performing rather than studying only. Similarly, after Doohan’s internship ended, the actor attended a two-year-long program for acting in Santa Monica before applying for other acting classes. Even if Doohan had to do day jobs, he never missed the acting classes for two years straight.

The young actor has been in this industry for nearly a decade. Doohan’s major debut in the industry was in 2012 in a classic American short Lost Pursuit. This made Doohan gain recognition from the industry, and so, he made appearances in other movies and TV shows.

After a handful of short films such as Grace, Dirty Bomb, Coffee House, and Chronicles: The Movie, Doohan finally began receiving significant roles. Furthermore, he played a lead role in Hollywood, such as Soundwave and Where We Disappear.

Amidst films or movies, Doohan had a decent amount of TV appearances as well. Doohan’s first appearance was in 2015 as a Lemonade Man in The Other Client List. But Doohan’s TV career finally shone when he was cast as Warren Cave teenage version from Truth To Be Told in 2019. Finally, the star shows his true potential as of late 2020 with a lead role in Your Honor. His famous lead role as Adam Desiato has helped him rise in the spotlight even further. His fans expect to see more of him shortly. 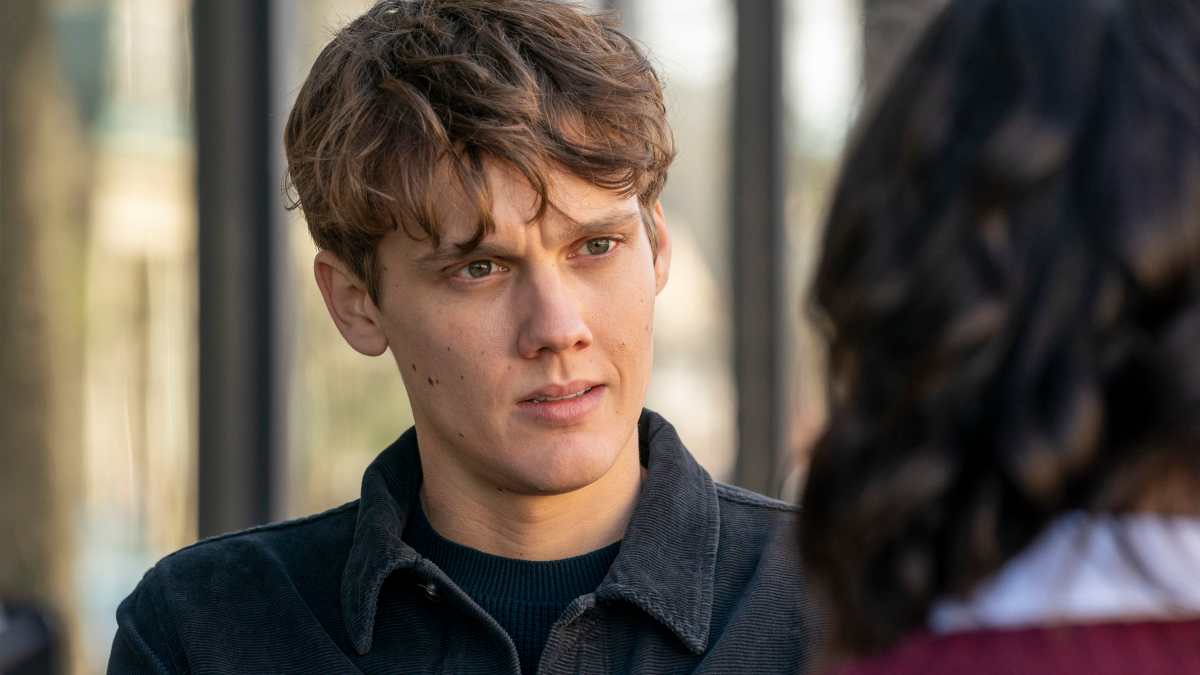 One of the scenes of Hunter Doohan’s Tv show, Your Honor.

Doohan has shown his writing skills and producing short movies to the industry outside of his acting career. Doohan was the primary writer and producer of It’s supposed to be Healthy in 2015 and another short After You’ve Gone, in 2016. Doohan’s latest work as a director came in 2017 where he directed Far From The Tree.

After now finally finding a spot in the significant limelight, Doohan must’ve earned a good mass of fortune. Having a growing career in the entertainment world has provided Doohan with a total net worth estimate of approximately $200k.

How Old is Hunter Doohan? Birthday and Height

On Wednesday of January 19, 1994, Hunter Doohan came into the world thanks to his parents. Since Doohan celebrates his birthday on January 19 every year, he turned 27 years old in 2021.

Indeed, Doohan has been gifted with a nice body figure and an attractive face with pearl blue eyes. Apart from this, Doohan’s official height is 5 feet 11 inches, standing at a bodyweight of 136 pounds.

Hunter Doohan’s parents are of mixed nationalities. His father is an Australian, whereas Doohan’s mother happens to be an American. Though names are hidden, sources claim that Doohan’s father belonged to the sports industry. Moreover, the actor’s father is a former professional tennis player and a former coach. 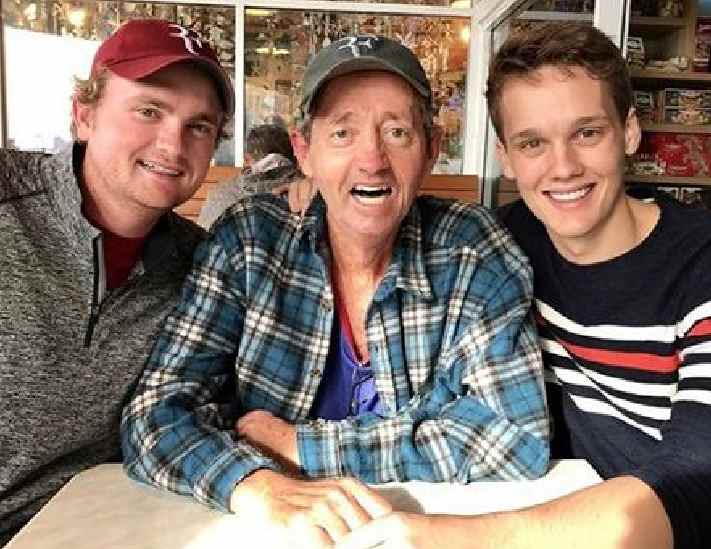 American actor and writer, Hunter Doohan with his father and brother.

Sadly, due to a fatal disease regarding muscles, Doohan’s father no longer lives to see what his son has become.

Regardless, Doohan’s elder brother, John, is now working hard to live up to his late father’s legacy and is a tennis player. Similarly, the actor’s mother is a professional health consultant who deals with weight loss at a metabolic research center, and her name is Angie Harper Carmichael.

Speaking of Doohan’s sexuality, it is clear that the 27-year-old is gay. Though he fears being shammed for being homosexual, Doohan doesn’t hold back to show his boyfriend, Fielder Jewett, to the world. More information about their relationship is currently kept secret. So far, only a picture of Fielder and Doohan standing together is available on the actor’s official Instagram page. The couple seems to be enjoying their camping trip together in the photos.

But in late 2020, Doohan shared a picture with everyone, which appears to be his proposal day. It was a picture where Fielder got onto his knees with a wedding ring in his hand and asked Doohan to marry him. Hence, it is only a matter of time before Doohan publicly announces his marriage to Fielder. 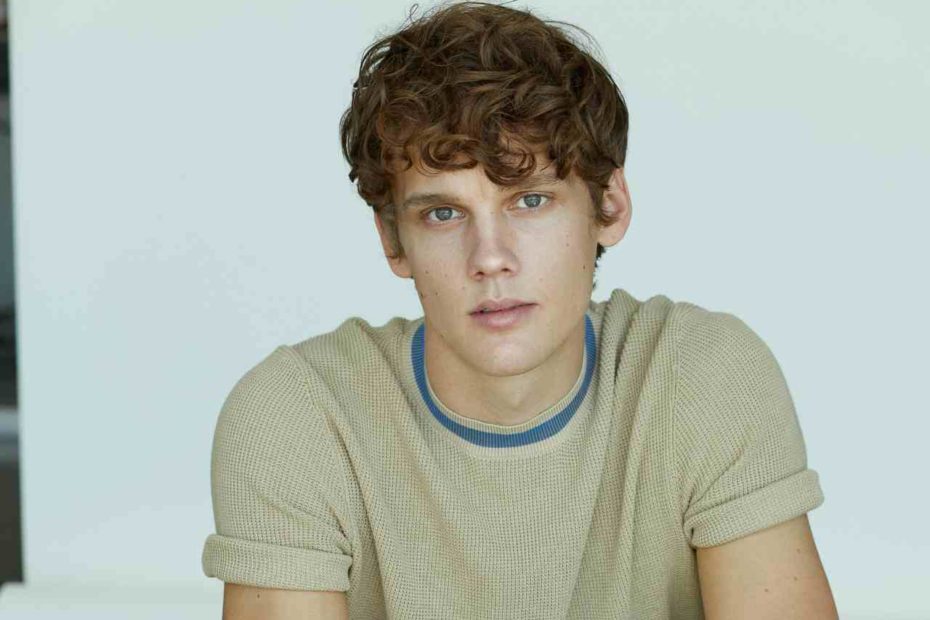