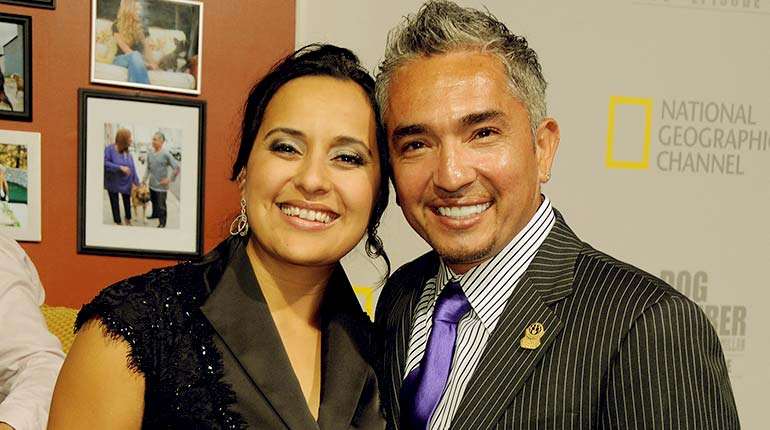 Cesar Millan is a widely known Mexican-American TV celebrity, author, entrepreneur, and professional dog trainer. He has been in the dog training profession for over 25 years now and has contributed significant money and effort towards the rehabilitation and rescue of abandoned street dogs.

Moreover, Cesar even founded a non-profit organization, Cesar and Ilusion Millan Foundation, alongside his ex-wife Ilusion Millan. However, after his separation from Ilusion in 2014, he renamed the foundation to Cesar Millan Pack Project.

This article explicitly discusses Cesar Millan’s relationship with his wife, their divorce, and the current whereabouts of Ilusion Millan.

The ex-Millan couple met each other as complete strangers in 1993. The same year Cesar was 24, and Ilusion was just 17 years old. Moreover, Cesar is Ilusion’s love at first sight. The couple dated each other for some time, but soon Cesar broke up with her as she was still underage. And he did not want any sorts of legal problems as he was already an illegal migrant.

However, it was not the end of their love story. Ilusion turned 18 years old in 1994, and on the day of her 18th birthday, she approached Cesar to give their relationship one more chance. This time, Cesar readily accepted, and the couple started dating. Soon enough, Ilusion got pregnant with Cesar’s child, and the two got married in the same year, i.e., 1994.

Ilusion and Cesar share two sons from their marriage. They gave birth to their eldest son Andre Millan in 1995, and after six years in 2001, the couple welcomed their second son, Calvin Millan.

Although Cesar and Ilusion had a love marriage, their relationship did not start off well. According to Ilusion, she faced a life-threatening health issue in 1995 and had to undergo emergency surgery. But, Cesar showed very less concern about her condition and gave more priority to his work. Following these issues, Ilusion confronted him and warned him about the future of their marriage.

The ultimatum shook Cesar from head to toe down, and he finally realized his mistakes. Millan even agreed to marriage counseling to save his relationship with his wife. It helped their relationship to survive for many years. However, there were still some irreconcilable issues that Ilusion could take no more. Thus, in 2010, Ilusion parted ways with Cesar and filed for divorce. According to reports, the court finalized their case on 21 April 2012.

Millan is the former wife of famous TV celebrity Cesar Millan. By profession, she is a TV show producer and an entrepreneur. However, she has gained most of her fame and recognition because of her association with Cesar.

Cesar’s former wife took birth on 18 September 1976, as Ilusion Wilson in a middle-class family in the USA. Nothing much about her family is available in the media except that her father was a small-scale entrepreneur. He owned a small precision machine shop.

Furthermore, Ilusion married Cesar Millan at the early age of 18. With him, she started the foundation, Cesar and Ilusion Millan Foundation, and many other businesses. She also worked as a producer in his most popular TV show, Dog Whisperer, for a long time. Cesar called her the woman with the brain for business. However, the couple separated after 16 years of marriage.

What is Ilusion Millan doing Now?

After her divorce from Cesar in 2010, Ilusion got full custody of both her sons Andre and Calvin. She also received a one-time settlement amount of $400 thousand and a monthly $30,000 for child support. Since then, Ilusion has not appeared on any media and does not feature on any form of social media. Thus, it is hard to find anything on Ilusion Millan’s whereabouts as of 2021.

On the other hand, within a few months of their divorce, Cesar started dating his new girlfriend, Jahira Dar. Cesar and Jahira have been together for over ten years now and are currently engaged.