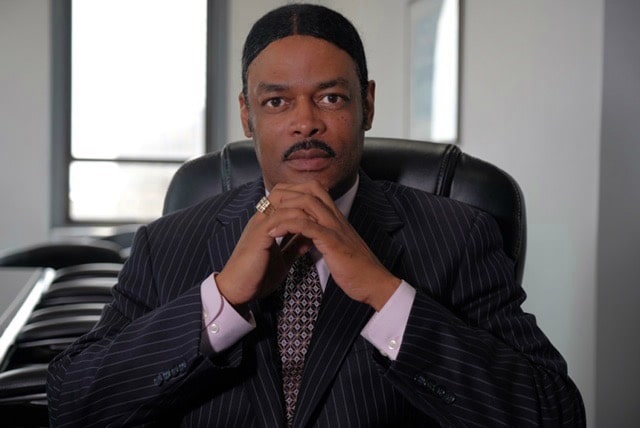 Isaac Wright Jr. is an American Lawyer and a candidate for the 2021 New York City Mayoral Election. The Democrat announced his run for the Mayoral Election in Dec 2020 and has vowed to reform criminal justice and the police force. This article provides insights on Isaac’s biography, his wife, net worth, and so on.

Who is Isaac Wright Jr.?

Issac Wright Jr. was born on Jan 23, 1962. His parents Isaac Wright Sr. and Sandra B. Wright, were residents at Moncks Corner, South Carolina, back then.

He is famous for overturning his lifetime imprisonment sentence under New Jersey’s Drug Kingpin Laws. In 2020, a TV show based loosely on his life named For life was aired and had completed two seasons to date.

Isaac Wright was married to his former Wife; Sunshine Wright.

Before going to prison, Isaac was married to a young girl named Sunshine. She had a contemporary music group, and they released pop and urban songs.

In the late 1980s, Isaac worked as their producer. He even had a child with the lead vocalist (his wife). Isaac’s daughter was about five years old when he was sentenced.

His wife also served nine months in prison as she too was involved in the drug case. As per our reports, Isaac and Sunshine are divorced.

Wright Jr. was incarcerated in 1989 for buying two pounds of Cocaine. In 1991 he was proved with ten drug charges and sentenced to life imprisonment by a 12 personal Jury.

He was accused of leading a cocaine distributing network in Franklin, New Jersey, and New Brunswick. Wright’s wife, Sunshine, also charged with a drug case, served nine months in prison.

While in prison in New Jersey State, he worked as a paralegal with a prison paralegal organization. There he formed solid connections and climbed the ranks of the Inmate Legal Association.

In 1996, Wright Jr. and his Lawyer reopened his case. They petitioned for a hearing in the state court. Wright testified against the illegal search on him done by the Somerset County law officials and how they concealed the evidence of it.

The Cocaine found on that illegal search was used as evidence on trial, and the Somerset County prosecutor was involved in the case. He successfully overturned his convictions and was freed on bail.

The executive producer of For life has an estimated net worth of USD 600 thousand as of 2021. Since his release from prison, he has become a public figure. Isaac is quite active on Social Media and has 174 thousand followers. Through his Instagram handle, he has also started a donation program to help him run for the Mayoral election and choose the ‘Wright’ leader!

Wright Jr.is the inspiration behind the series For life. He was falsely convicted to life imprisonment but overturned the case on his own.

He also helped about 20 of his fellow inmates to overturn the cases. Recently, Isaac dealt with St. Martin’s Press to publish his upcoming memoir Marked for Life in 2022.

The book is written by Mr. Wright himself with Jon Sternfeld. This book talks about how Isaac was framed, how he learned the law behind bars for seven years, and how he successfully overturned his case. It also speaks about the corrupt prosecutor and police officers.

He is also an upcoming author for his book Marked for Life which is set to be published in 2022. His life has been no less than a rollercoaster ride.

Isaac’s experiences have made him capable of running for Mayor, and he believes he can reform criminal justice along with improvement in taxes, school desegregation, homelessness, and transit issues.