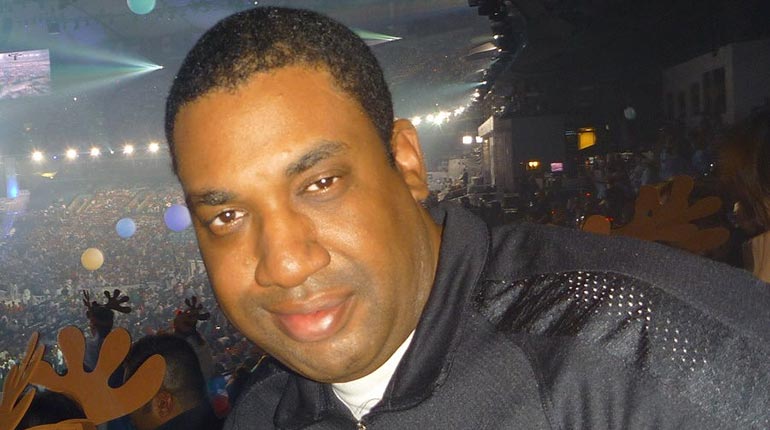 Jason Simpson is the son of the former NFL player, broadcaster, and actor, O. J. Simpson. O. J. Simpson was an American hero before his fall from grace. The fall happened in 1994 when he was accused of murdering his ex-wife, Nicole Brown and Ron Goldman.

He was put to trial but was later acquitted of the murders. However, these allegations would forever put a dent on his reputation. His son, Jason, would then become a possible suspect following the investigations of a private investigator named William Dear. To find out more about Jason Simpson, keep reading our detailed article.

Jason Simpson inherited not only his father’s passion for football but also a troubled personality. In his life, he has found himself on the wrong side of the law several times. He was arrested for various crimes such as assault using a weapon, driving with a suspended driver’s license, and driving under the influence.

Moreover, after Jason’s medical records were combed through, it was discovered that he had attempted to commit suicide thrice. On top of that, he suffered serious mental problems like hallucinations and periodic fits of extreme anger known as Jekyll and Hyde syndrome.

His anger problems had seen him injure several people, one of whom was his boss from a restaurant he had worked at as a cook.

He was subsequently charged with assault from the incident. In another incident, he rammed into another vehicle, and worst of all, he didn’t have a valid driver’s license at the time.

Jason is also epileptic and had to take medicine to keep the condition under control. He once overdosed intentionally on his epilepsy drugs to commit suicide.

His troubled past and mental state would form the perfect basis for William Dear, a private detective, to place him as the lead suspect in the Nicole and Ron murder incident. William Dear wrote a book after doing thorough investigations to prove that O. J. Simpson was innocent.

The book titled ‘O. J. Is Innocent, and I Can Prove it,’ put forward interesting theories that placed Jason Simpson as the lead suspect for the murder of his dad’s ex-wife, Nicole Brown, and her friend, Ron Goldman.

William Dear proposed that Jason had killed Nicole and Ron after a fit of anger prompted by jealousy as he was secretly obsessed with Nicole.

Dear found Jason Simpson capable of committing the double homicide as he had a history of a violent past bedeviled by assaults on several people, including trying to stab his girlfriend during an argument. It is scary that William’s theory and investigations tie in well with the murders. However, it may be just a coincidence.

Many people started believing the theory, and Jason bore the full brunt of the public’s speculation of him being a murderer. It is important to state that William’s theories are simply just speculations and conjecture with no conclusive evidence to prove that Jason was responsible for the murders.

Moreover, no formal police investigations have been done to connect Jason to Nicole and Ron murders. Unfortunately, the court of public opinion has already placed Jason as a suspect following William’s book. However, most people still think that O. J. Simpson was responsible for the murders.

Jason Simpson was born on April 21, 1970. He was born to parents O. J. Simpson and Marguerite Whitley. Jason is a Taurus Zodiac. He is 50 years of age at the time of writing this article in 2020.

Jason Simpson was the second-born of his parents Marguerite and O. J. Simpson. He had two sisters, an elder one named Arnelle L. Simpson, and a younger one named Aaren Simpson.

Unfortunately, his younger sister passed away in September 1979, two days after her second birthday, after drowning in their family swimming pool.

Earlier that year in March, Jason’s parents had divorced after his mother found out that O. J. was cheating on her with a waitress who worked at a club named ‘The Daisy.’ The waitress’s name was Nicole Brown.

Jason also has two step-siblings from his father’s marriage with Nicole Brown. His stepsister is named Sydney Brooke Simpson, and his stepbrother is named Justin Ryan Simpson.

Jason attended the Army and Navy Academy nestled in Carlsbad, California. There, he played football following in his father’s footsteps. Jason then enrolled in the University of Southern California, where he continued playing football. He then pursued a career in culinary arts by working in various restaurants.

Where is Jason Simpson Now?

Jason Simpson has been forced to lead a life under the radar not only because of his father’s infamous reputation, but his own too. William Dear’s book did a number on Jason’s reputation, and he has to live with the consequences.

Jason is said to be living in Atlanta, away from the public limelight. He is also rumored to be working as a chef in big restaurants. The public’s obsession with Nicole and Ron murders doesn’t seem to be waning anytime soon, and it is understandable why.

Nearly two decades later, no justice has been delivered for their gruesome murders. For now, Jason and his siblings should best keep away from the prying eyes of the media and the public if they want to get any semblance of a normal life.