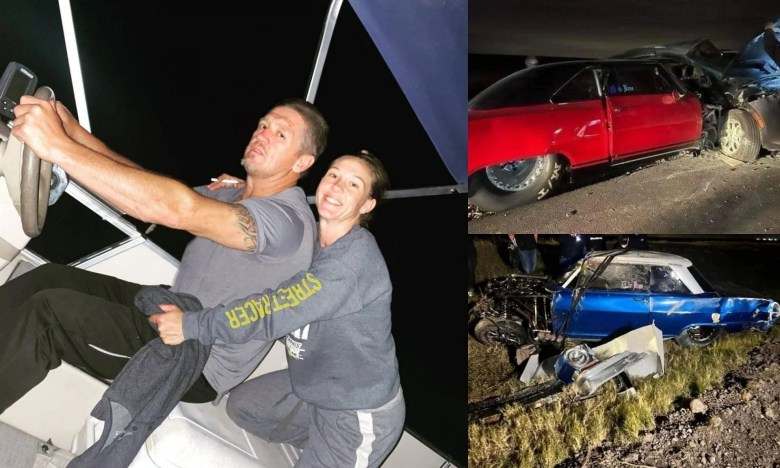 JJ Da Boss is a Street Racer based in Memphis. Racing runs deep in his veins, as he has been a fun of the track since his youth. 48-year-old JJ is presently the self-proclaimed leader of the Memphis Street Racing Scene. His popularity earned him a spot on the racing show, ‘Street Outlaws.’ Read this to know about JJ Da Boss Accident and Health Update

For years now, fans have watched Jonathan race in his classic 49 Chevy, a car he christened as ‘Ole Heavy.’ Recently, JJ Da Boss and his wife Tricia have been in the news. Sources say that they were involved with an accident. This is what we know so far.

On the 12th of January 2022, Deep South Street Racing, a popular page on Facebook, revealed some shocking news. Jonathan Day, better known as JJ Da Boss, and his wife Tricia were involved in a crash. At the time, both were on the set of America’s List, which is one of Street Outlaws’ spinoff pages.

Sources say that Tricia and JJ were driving separate cars on the track when the accident took place. The page in question released several images of the incident. Evidently, there was more than one car involved in the accident, which left a pile up on the track.

Judging by the photos released, the collision that occurred was serious. Fortunately, there were no casualties. Moreover, the official cause of the accident has not been determined yet as the investigation is still on-going.

JJ Da Boss and his wife Tricia both sustained accidents. Based on the state of their cars, Tricia came off worse. Initial reports suggest that both JJ and his wife were rushed to the hospital. Jonathan was realized a couple of hours later after he had received treatment for the injuries to his face and hands.

Tricia wasn’t as lucky as her husband. Her injuries were much more severe. Some sources claim that she had suffered a serious hip injury that required hospitalization. Presently, she is still recovering in the hospital.