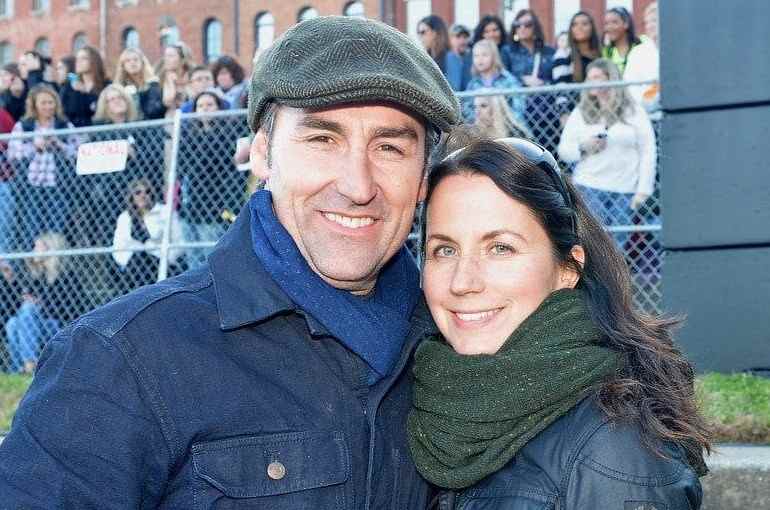 The name of Jodi Faeth has made the rounds in the front pages of the tabloid magazines early this year. It was after her divorce from Mike Wolfe became public. Mike Wolfe is a famous personality on American television. He is known for his famous show entitled American Pickers.

In addition, he is also a producer, writer, and antique collector. His reality television show centers around his exploits as he roams around America searching for antiques and collectibles that he can resell for a profit. Mike Wolfe’s show has gained millions of fans all over the world. It is why his divorce from his first wife, Jodi Faeth had gained the interest of his many fans when it became public.

Jodi Faeth met Mike Wolfe in 1994 through a common friend, and they began dating soon after. They dated for a long time before deciding to enter married life. After almost two decades of dating, Mike finally made Jodi his wife on September 8, 2012. The wedding took place in Franklin, Tennessee.

Before their wedding date, they welcomed their first child and named her Charlie Faeth Wolfe. Their daughter was born in January 2012. The couple went through some tough times during their marriage, especially when Jodi was diagnosed with cancer. Thankfully, she was able to defeat it with the help of her loving and caring family.

Why did Mike And Wife Jodie Faeth Split?

After almost a decade of marriage, Jodi filed for divorce in November 2020. Officially, they parted ways in June 2020. According to the court documents filed at the Williamson County Chancery Court located in Franklin, Tennessee, irreconcilable differences were the reason for the divorce.

Jodi stated that she and Mike had taken all the measures to reconcile their differences as a married couple, and they have all failed. They are unable to live together as husband and wife under one roof. It seems that Mike and Jodi have been struggling with their marriage for some time before they finally called it quits. Charlie, their daughter, lives with Jodi at present. The custody agreement has yet to be finalized.

Did Mike Cheat On Jodi?

There have been no reports that Mike cheated on Jodi during their marriage. Mike is currently dating model and reality television star Leticia Cline. She has appeared on the show Beauty and The Geek. In addition, Leticia has also appeared in the magazine Maxim and Playboy. The two have only started dating after his divorce from Jodi. It may seem that Mike has started dating very soon after his divorce from Jodi. However,  Jodi and Mike have not been together since June 2020., Cha

Jodi was born sometime in 1972 and will be celebrating her 49th birthday this 2021. She is an accountant by profession. However, Jodi decided to take care of her family full-time when she first got married to Mike. She let go of her career and focused on raising her daughter. In 2017, she decided to resume her career as an accountant.