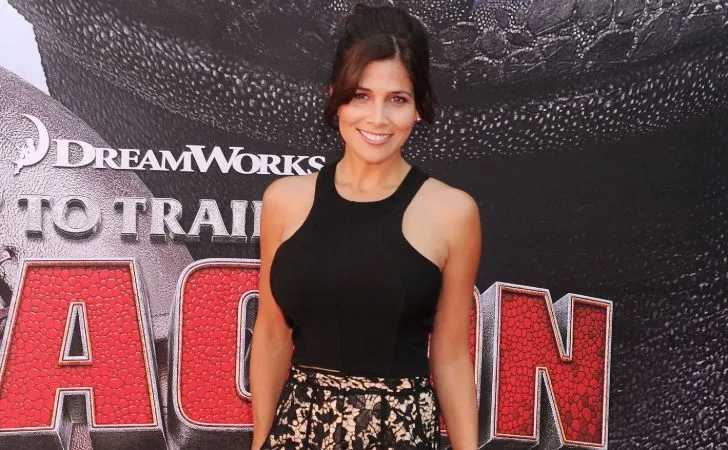 Julian McMahon is an actor by profession with a history in modeling career as well. During his time in the industry, he got the opportunity to play for Profiler, Charmed, Nip/Tuck, Fantastic Four franchise, Marvel’s Runaways, and FBI: Most Wanted. Thanks to his excellent performance, Julian McMahon has earned a lot of respect and attention from the fanbase. Being the son of the former Australian Prime Minister, fans are curious about his personal life.

Kelly Paniagua is Julian’s spouse. Kelly is an actress and does some modeling work as well. Even though her acting career has not generated much attention, she got pretty famous after marrying Julian.

Kelly is Julian’s third wife. It was after Julian’s second divorce that Kelly and Julian met for the first time. Furthermore, their dating life started in 2003 and lasted over a decade. After a long relationship of 10 years, they finally decided to marry. On July 1, 2014, they married in Melbourne. And ever since, Julian and Kelly have been living together.

Given the trend of Julian McMahon’s past divorce, some rumors are floating about his divorce from his current wife, Kelly. However, this rumor is false. Julian has been married to Kelly since 2014, and they are spending a happy life together. Further, the couple is showing no signs of probable divorce.

Julian McMahon has one daughter so far. She was born during his relationship with his ex-wife Brooke Burns. Julian married Brooke in 1999, and they were together till 2001. Their daughter Madison Elizabeth was born on June 10th, just one year after their marriage.

Kelly Paniagua is an Australian-American tv personality. Before her marriage to Julian McMahon, she was spending her life with a simple acting career. Most of her life, both personal and career-wise, has remained private. Kelly is also a model and writer. Her book ‘Bedtime for Sarah Sullivan’ is quite popular.

Julian McMahon married Danni Minogue in 1994. His first marriage only lasted 18 months long. Then, he married Brooks Burns in 1999. Julian shared a daughter with Brooke a year later. However, their relationship resulted in divorce soon enough.