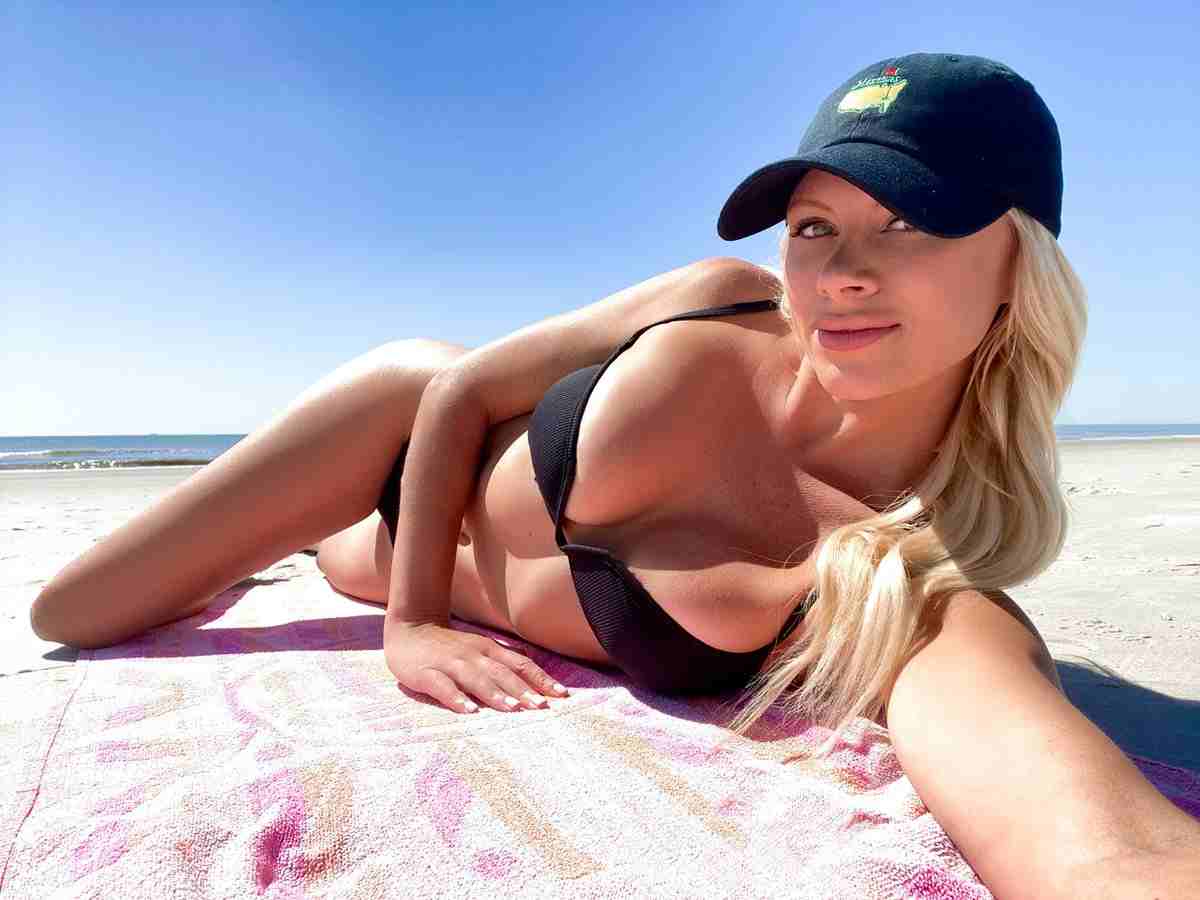 Katie Kearney is an American golfer and model from Missouri. She is a former Miss Missouri USA who currently travels the world as a luxury travel editor and golf writer.

Katie Kearney is the daughter of former NFL linebacker Tim Kearney. Her father played for the Cincinnati Bengals, Kansas City Chiefs, and Tampa Bay Buccaneers before ending his career with the St. Louis Cardinals.

Besides football, Tim was also a golf enthusiast and instilled the same love unto his daughter. Katie essentially grew up in a golf course and became something of an aficionado herself.

When she is not golfing, Katie is a model. She won the Miss Missouri USA pageant in 2012 at the age of 23. Subsequently, she represented her home state at the Miss USA 2012 pageant. While she did not win the competition, Katie received nationwide exposure and an invaluable lesson on how to advertise herself.

With that in mind, Katie began her Instagram page in late 2012. Being leggy blonde, Kearney quickly built up a loyal following with her looks, personality, and golfing skills. Her current Instagram followers’ count sits at a whopping 433k. Furthermore, she has 14k followers on Facebook and 39.2k followers on Twitter.

Katie became a golf spokesperson and the face of several golfing brands and luxury resorts. Consequently, she built up enough goodwill with industry big-wigs to begin working on her own clothing line. She subsequently debuted “Strings,” her bikini line.

Katie Kearney also became the face of MAXIM Australia and graced several issues of the beauty and lifestyle magazine. Currently, she is living the dream, traveling the world, and doing what she loves: modeling, golfing and writing.

A vision of the All-American beauty, Katie has blonde hair, green eyes, and legs for days. She reportedly has a breast-waist-hip ratio of 32-34-35.

Furthermore, Kearney holds a bachelor’s degree in journalism from Saint Louis University. However, she never pursued a career in journalism and instead signed with a modeling agency in Athens, Greece.

From Greece, she traveled all across the world, including places like South Africa. While working in South Africa, Kearney rekindled a love for golf and began hitting the course.

According to sources, Katie Kearney is reportedly worth around $500 thousand as of July 2021. Additionally, she makes a decent amount of revenue from her popularity on Instagram. Currently, Katie promotes golf brands and luxury golf courses.

According to Influencer Marketing Hub, she makes an estimated $1,278 – $2,130 per Instagram post, with an engagement rate of 1.61 percent.

Another major source of her income is her luxury swimsuit line, “Strings.” Besides that, Katie has endorsement deals with several luxury brands and models for brands like Maxim.

Furthermore, Katie Kearney is on Cameo, a personalized video-sharing app where celebrities make paid videos for their fans. She has an asking price of $95 for each appearance.

Is Katie Kearney Married? Her Boyfriend

Katie Kearney was in a relationship with the sportscaster and social media superstar Bob Menery. He used to work as a golf caddie at LA’s Wilshire Country Club. Moreover, Bob was something of a golf enthusiast himself, which is how he struck a relationship with Katie.

Despite their mutual interests and attraction towards each other, they could not make it work and called it quits in early 2019. Since that time, Katie has remained single.

When asked about her ideal man, Katie said that she was looking for honesty and loyalty in her partner. Furthermore, she also expressed a desire to get married and start a family eventually. However, Katie has no plans of retiring anytime soon and will continue to travel and work even after she settles down.