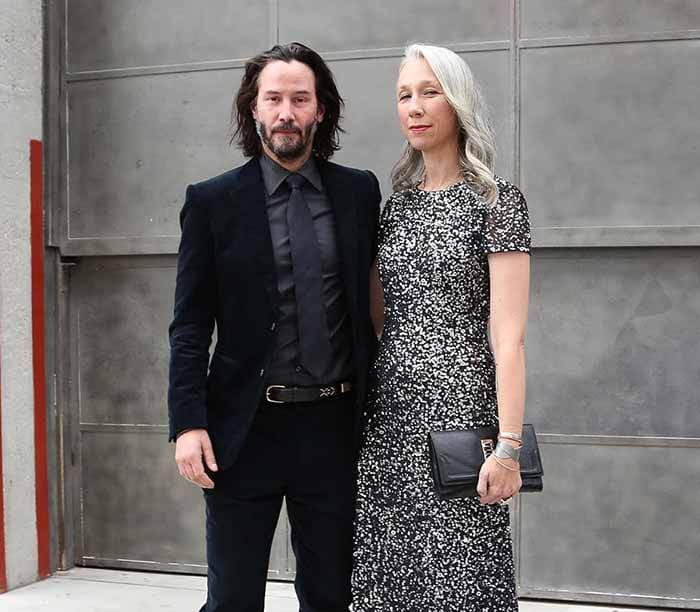 John Wick star Keanu Reeves has always kept the public in the dark in regards to his relationships. This secretive nature of him led people to think that the A-lister straight up dislikes being in one.

In an interview with PEOPLE back in 2003, Josh Richman, a close friend of Reeves, commented on what he thinks about Reeves’ situation, saying,

“People figure, ‘Keanu Reeves, he should be going out with supermodels.’ But Keanu doesn’t look at it that way. Does he have a girlfriend? I doubt it very seriously. Does he know how to have fun with women? Absolutely. He adores women.”

In another interview with Parade in 2019, Reeves admitted that the people’s ‘fascination’ with him and his life baffled him. Despite that, Reeves went on to add that he doesn’t really mind either.

OK!’s recent exclusive of Reeves wanting to buy a “love nest” for his girlfriend Alexandra Grant just made people more curious than ever. With John Wick 4 in the works, currently filming in Germany, it became Reeves’ preferred place for their future ‘love nest.’ In addition, sources said that the couple’s relationship is ‘moving along nicely and that they’re ‘more in love than ever.’

Seemingly, Reeves, who used to be a very private person, is now like an open book with his current relationship. In view of this, insiders told closer that Reeves is in a perfect place in his life, all thanks to Alexandra. And that the couple is ‘in sync.’

OK! also reported that the duo is currently in Berlin, going back and forth from the cities to the countryside, adding that the couple sees it as their ‘second home’ and a place to unwind. In addition, the couple is looking into a future residence in the country.

The duo publicly announced their relationship last November. This news, to say the very least, shocked many. Right now, there is still no news of the couple moving forward.

“They are really enjoying this phase of their relationship,”

Has Reeves always been such a sweetheart? Let’s find out.

Reeves’ first publicly known relationship traces back to 1992. Sofia Coppola and Reeves dated for a short while in the same year. They started dating after Reeves met Sofia through her father, Francis Ford, who starred with Reeves in a movie.

Reeves’ second known relationship ended in a tragic fashion. Jennifer Syme, an actress at that time, met Reeves at a party in 1998 for his band Dogstar.

The two got together, and things progressed quite fast. A year later, Syme and Reeves were already expecting their first daughter, Ava-Archer Syme Reeves, on Christmas Eve. Unfortunately, Ava-Archer was stillborn a month before Syme’s delivery. After their loss, the couple split. And two years after the incident, Syme died while driving under the influence of Alcohol.

Reeves’ told in an interview that the grief from this experience is what caused and inspired his masterful portrayal of John Wick.

And as we all know now, Reeves is currently dating Alexandra Grant. The duo first started as friends before dating. Grant and Reeves co-founded X-Artists books in 2017. And even before that, Grant Illustrated Reeves’ books Ode to Happiness and Shadows.

Aside from those mentioned above, there haven’t been any other women in Reeves’ life. Yes, he did get linked to a few big names such as Sandra Bullock and Winona Ryder, but neither has confirmed the truth.