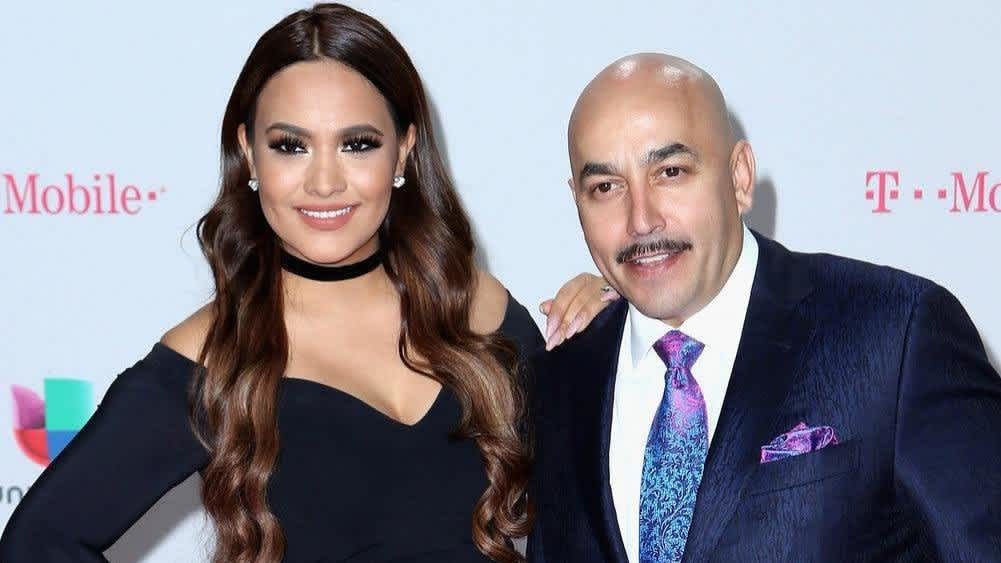 Lupillo Rivera is a Grammy Award-winning musician and songwriter. Moreover, he is also related to the late Jenni Rivera, a Latina artist who passed away before her time. Over the years, Lupillo has built a name for himself in the music industry as well.

Who is Lupillo Rivera?

Lupillo Rivera is an artist who is revered in the Latino community. He has been active since the mid-90s after he released the album titled ‘Selena: La Estrella.’ Since then, Lupillo has worked on over 20 different studio albums with two different record labels. These include the likes of Sony Music Latin and Cintas Acuario.

Most fans are unaware that music was not the first thing he thought about doing as an adult. Lupillo wanted to be a restaurant owner. He was, however, pushed into music by his old man, who was the proprietor of a record label. Lupillo was initially brought in as a talent scout and given the task of finding budding musicians at local pubs and other joints.

Rivera finally got his opportunity when one of his father’s clients was a no-show. He’d then take up the stage name ‘El Torito.’ He’d officially take up the name Lupillo a few years later. Less than a decade into his career, Lupillo began stacking up numerous awards.

2010 especially marked an important time for his career as he landed the coveted Grammy Award for the album titled ‘Tu Esclavo y Amo.’ Besides this, Rivera has also been nominated for three different Latin Grammy Awards.

Most recently, Lupillo also tried experimenting with television. He took a job as a judge on La Voz, which is the Mexican version of American Idols.

Lupillo Rivera has made a significant amount of his wealth from music. To date, Lupillo has sold over 2.225 million albums in the world, with 1.8 million of those coming from America alone. Despreciado remains his most profitable venture, particularly as it sold half a million copies at the turn of the millennium.

In addition to music, Rivera also appeared on a few telenovelas like Amorcito Corazon. Moreover, he got the chance to score music for the same show. As an artist, Lupillo is also handsomely compensated every time he performs at live events, festivals, and shows. Currently, Lupillo Rivera’s net worth is reportedly $12.5 million.

Rivera raised a few eyebrows when he got a large tattoo across his left bicep. It was a portrait of a woman named Belinda. The two met on the set of La Voz; a reality show that they were both part of. In Lupillo’s own words, the two of them went on a few dates before settling on friendship.

Despite claiming to only want friendship, Lupillo Rivera decided to get a large tattoo of Belinda. When questioned about it, he justified his decision by stating that Belinda was the most beautiful woman he had ever met. He faced a lot of criticism for his decision, but Lupillo went on to add that Belinda had challenged him to get a tattoo of her.

After Lupillo’s relationship with Belinda deteriorated, Lupillo decided to completely blackout the tattoo. This meant that Belinda’s face was no longer visible across his bicep.

Lupillo was first married to Maria Gorola. Most of this relationship is shrouded in mystery as his first wife, Maria, preferred to keep her business away from the media. We do know that that they had four children before officially getting divorced. Moreover, there are reports that suggest that Lupillo was unfaithful in the relationship.

Lupillo’s second wife is a woman named Mayeli Alonso. She is a first-grade businesswoman who owns Towns of Lashes. This is an online venture that provides fake eyelashes for women. Sources say that Lupillo and Mayeli first ran into each other in March 2003. This was during one of his concerts in Chihuahua, Mexico.

At the time, he was still in a relationship with his first wife. Two years after this, Lupillo had decided to leave his first wife and propose to Mayeli.

She and Lupillo tied the knot in 2006 and would go on to stay together for 13 years. They ended things in 2019 due to irreconcilable differences. Most people think that these differences were mostly down to the fact that Lupillo was cheating on his wife.

Lupillo’s former wife further revealed that they had been having problems for two years leading up to their divorce. This means that, at the very least, they tried to make things work for a while. In the end, they decided that separation was the answer to all their problems.

In total, Lupillo Rivera has six children with different women. His first marriage with Maria produced four children, all daughters. These are Ayana, Arena, Abigail Rivera, and Angélica Marin. When he got together with his second wife, Mayeli, Lupillo had another fifth daughter, Guadalupe Karizma Rivera. Also, they gave birth to a son, L’Rey Rivera.

Lupillo’s daughters, Ayana, and Abigail are quite fiery when it comes to the defense of their father. They were involved in a highly publicized feud with Chiquis and her siblings. Things got so bad at one point that a restraining order had to be filed to keep both parties satisfied.

Guadalupe was born on the 4th of August 2004, which makes her 17-years old. Just like her father and most of her family, Guadalupe wants to try her luck in music. Other than this, she also followed in her mother’s footsteps by launching a business. This came in the form of a skincare brand called Karizma Beauty.

He is Lupillo’s youngest child and his only son, for that matter. L’Rey was born on the 8th of August 2008. It means that he turned 13-years old this year.

Lupillo Rivera is not a very tall man. He’s average as far as height is concerned. He measures in at a modest 5 feet 9 inches tall.

Lupillo Rivera was born on the 30th of January 1972 in La Barca, Mexico. As such, Lupillo will turn 50 years of age in a couple of weeks. As far as his star sign is concerned, he is an Aquarius.