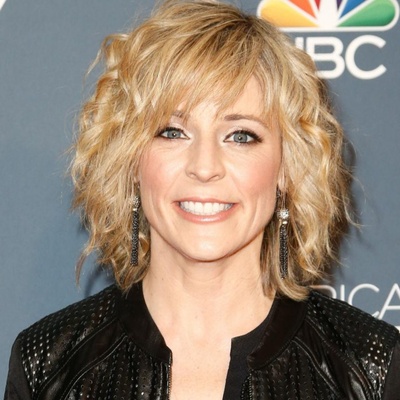 Maria Elizabeth Bamford known to all as Maria Bamford is a stand-up comedian and voice actress who is famous for portraying her dysfunctional family and making jokes involving depression and anxiety. As a matter of fact, her comedy genre involves such topics due to herself having gone through such problems in her life.

Truly, seeing a woman who had to take a hiatus due to anxiety and depression and again making it back to building her career is an inspiration to many.

Nonetheless, she is also an actress who has been seen often in movies and television series. Some of her notable works in films are Stuart Little 2, Arrested Development, and Heckler. Most recently, Maria has her own Netflix original series named Lady Dynamite where the story is the subject of her own life. It is a critically acclaimed show where she hilariously depicts her life’s problems.

Lastly, her passion for comedy has helped her win numerous accolades, including an American Comedy Award for Best Club Comic in 2014.

As of 2021, Maria is 51 years old. Further, her date of birth is the 3rd of September 1970. She along with her sister, Sarah Bamford, grew up together under their parents, Joel and Marilyn, in Port Hueneme, California. In addition, Maria’s father served in the Navy as a dermatologist doctor and her mother was a therapist.

As for her education, Maria earned a Bachelor of Arts degree in English from the University of Minnesota. Ever since a young age, Maria has also been suffering from depression and anxiety.

According to numerous reports, Maria has a net worth of $300,000. A majority of her income comes from her profession as an actress, comedian, and voice acting.

She initially began making a few bucks by featuring in kids’ cartoon shows. Finally, she rose to prominence when her comedy album Unwanted Thoughts Syndrome was released and became the highest-selling album. The following years saw Maria make it to Hollywood and television series. Eventually, she got major exposure.

Maria and her husband prefer to keep a low-key married life. We know for a fact that she is married to an artist known as Scott Marvel Cassidy. Likewise, both husband and wife broke the internet by announcing their marriage back in 2015.

Furthermore, it was on the 11th of December, 2014 that Maria announced that she was engaged to artist Scott Marvel Cassidy. During one of her shows at the Neptune Theater in Seattle, Bamford, Maria officiated that she was about to get married at a late age.

Maria Bamford and her husband Scott Marvel Cassidy’s wedding ceremony took place in 2015 in a private setting where only close friends and families were invited.

Though the marriage took place secretly, the fans are happy that Maria at least got to share the rest of her life with her better half. Scott seems to possess the right qualities to cope with Maria’s mental health struggles and appease her.

Scott Marvel Cassidy is Maria Bamford’s life partner. Besides that, he is also a painter and sculptor who has created countless masterpieces. By looking at his website, it is safe to say that he can bring any artwork to life.

To share his knowledge and expertise on art, he frequently appears on YouTube to give lessons to his fans. Not only this, but Scott has featured numerous times in his wife’s Netflix series as well. Other than this, Scott Marvel prefers to live a strictly private life away from the media’s attention.