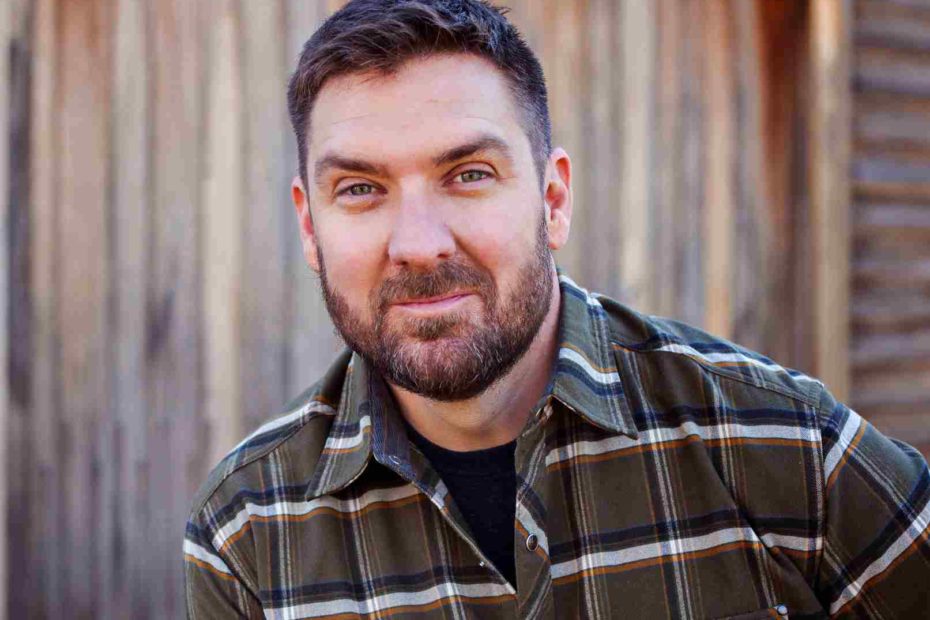 Mark Bowe is a man who lives by three simple rules; Work Hard, Be kind and Take pride. By engraving these three sentences on his website and using them as his mantra, the man was destined for greatness.

He formed a crew consisting of close friends and founded a construction company that has lasted for decades.

His success spewed over onto television on DIY’s Barnwood Builders, currently on its eleventh season.

Who is Mark Bowe?

Together, they form an unstoppable force in the reclamation of antique, pioneer-era barns, cabins, and sheds into modern housing within West Virginia and beyond.

However, the reality wasn’t always this famous. After graduating with a Business Administration degree, Bowe initially tried his hands at a blue-collar job but got none.

Determined for success, he decided he would make ends meet as a coal miner. After years of doing clean, honest work, he got promoted to a mine safety technician position.

By 1995, the handyman decided to venture into self-employment after meeting up with Sherman Thompson and Johnny Jett.

The trio helped him build his company, Antique Cabins, and Barns, from the ground up to its present-day magnificence.

Mark Bowe’s net worth had always been high ever since he founded the restoration company. The figure would, however, rise exponentially in 2013 with the onset of Barnwood Builders season one.

The publicity and exposure got him and his craftsmen securing more projects that hinted at better pay. Moreover, their roles on the small screen wouldn’t go unnoticed without an actual salary to cushion their talents.

As such, Mark Bowe’s net worth is $1 million. From the show alone, he nets in over $300K annually as salary compensation.

As a man with vision, he incorporated another firm called Barnwood Living that would act as a mirror to his first company. Bowe is also part producer and historian, all adding to his quirky character as well as his revenue stream. 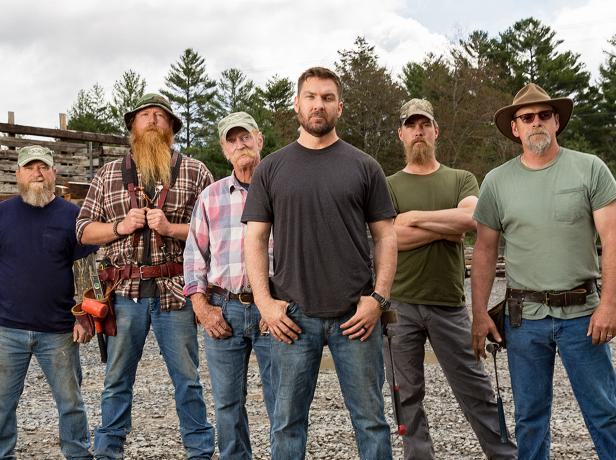 Mark Bowe with his cast members in Barnwood Builders

To be honest, it wouldn’t be fair to discuss Bowe’s net worth and wealth without touching on his assets. More importantly, what’s a builder without a home?

Many fans have often questioned the abstract of Bowe’s house. It turns out he really loves barns and even built one for his family to live in Pennsylvania. The entire process was captured in season 5, episode 11 titled, Mark Finds His Dream Home Barn.

As for his cars, the Barnwood Builders host let us in on some of his toys n a promotional video. He uses tools assembled by Ranger and drives a Polaris Off-Road Ranger 1000.

Despite having been in showbusiness for over a decade now, Barnwood Builders’ cast Bowe’s age hasn’t made its presence known to the public. Many have suggested that he may be in his late 30s/early 40s, but at the end of the day, they remain unactual claims.

From his Facebook profile, Mark Bowe is an American born and raised in West Virginia. Growing up as a kid, he showed tremendous love for the outdoors and sports such as basketball.

Fast forward a couple of years later, he enrolled at West Virginia University and graduated with a degree in Business Administration.

After getting promoted to safety mine technician, he saw fit to back it up with papers from the same University. Therefore, he went back to pursue a Masters’s degree in Safety Management.

Did you know that Barnwood Builders was in production for over seven years prior to its debut in 2013? As it turns out, Bowe and his merry band shot a 20-minute pilot back in 2005 that featured in several film festivals until the DIY network picked it up.

Some say it’s Bowe’s talent and skills that got him fame and success. We, however, think it’s his loveable character – not forgetting his laughable break dancing moves and relentless love for pickles.