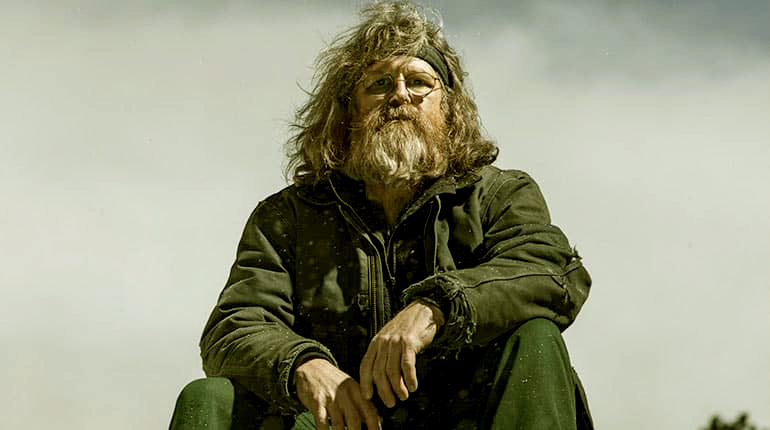 Marty Meierotto is an American reality television star known from the series, Mountain Men. Mountain Men is a reality series that follows the real-life activities of its cast members who lead a subsistent off-the-grid life. Marty is an original cast member of the show who lives in Alaska.

He uses his skills to hunt and trap animals for his livelihood. The state of Alaska is an unforgiving frigid land, and only the hardiest survivalists like Marty can call it home. Put on your winter clothes, and let’s go on an adventure to learn about Marty’s life in America’s last frontier.

Who is Marty Meierotto?

Marty Meierotto was born in Wisconsin, to Thomas T. and Karen Meierotto. He grew up with his two brothers named Steve and Jeff Meierotto. His dad was a skilled trapper, and he taught Marty to trap when he reached the age of eight. From there, Marty became hooked to trapping.

Trapping would serve as one of the most important skills he had learned. This is because he decided to move to Alaska at 25 years of age. Armed with only 10 dollars in his pocket, Marty from Mountain Men moved to the perpetually frozen Alaska state, and he never looked back. He then started fending for his family through trapping.

He uses a trap line to catch various animals, such as mink and lynx. In Alaska, you cannot afford to be choosy. Every animal caught could be the difference between life and death.

His Role in Mountain Men.

Marty Meierotto joined the cast of Mountain Men since its first season. His unique subsistent lifestyle in the below-freezing temperatures of Alaska was reality television Gold. Fans were able to watch Marty make trap lines to catch animals that he used to catch his food. His life is the definition of what it means to be a true survivalist.

Marty has had to learn various skills that are his only lifeline against the deadly Alaskan conditions. He even builds his cabins, as seen in the show. To the viewers, it is merely entertainment. However, to Marty, he has to fight for his life every day against the harsh conditions of Alaska.

To illustrate how dangerous life can get in Alaska, a journalist nearly died when following Marty. Meierotto thankfully saved the journalist who had been sent by the media company, Field and Stream. The journalist, whose name is Bill Heavey, was to follow Marty for three days to get a story about his life.

Unluckily, Bill got lost on his snowmobile, and Marty rescued him. Thanks to a paper and lighter that Dominique had given the journalist, he was able to start a fire. The smoke from the fire made it possible for Marty to locate him. With no skills or provisions, Bill would have surely frozen to death if Mountain Men Marty hadn’t found him on time.

From the show, viewers know that Marty has to spend extended periods away from his wife and daughter to set up his trap line. Usually, he sets it up 200 miles away from civilization and has to live in a one-room cabin. Marty Meierotto has become one of the top Trappers in the region, and fans marveled at his skills.

Fans of Mountain Men were able to enjoy watching Marty in his element for eight seasons of the show. However, he decided to leave the show to have time with his family, more so his daughter.

Mountain Men Marty Meierotto is married to his lovely wife, Dominique. Together they have been blessed with a beautiful daughter named Noah Jane Meierotto. Marty loves his family very much. He puts his own life on the line to put food on the table for them.

Why did Marty Leave Mountain Men?

For Marty, Family comes first. As aforementioned, Marty left the show to be with his family. He is on record saying that at the end of the day, money and fame don’t matter; rather, it is living one’s life that does. He said that he wants to pass down his survivalist skills to his daughter as they will be useful to her in the future.

Fans were heartbroken when they learned Marty Meierotto would no longer be featured on Mountain Men. They took to social media to share their disappointment for losing one of their most favorite stars.

Where does Marty Meierotto live now? What is he doing?

Marty currently lives with his wife and daughter 100 miles south of the Arctic Circle. He continues leading a subsistent life. He is using his time off the show to bond with his daughter. Moreover, he is teaching her how to trap. According to Marty, it would be unfortunate if he doesn’t pass his knowledge and skills to his child.