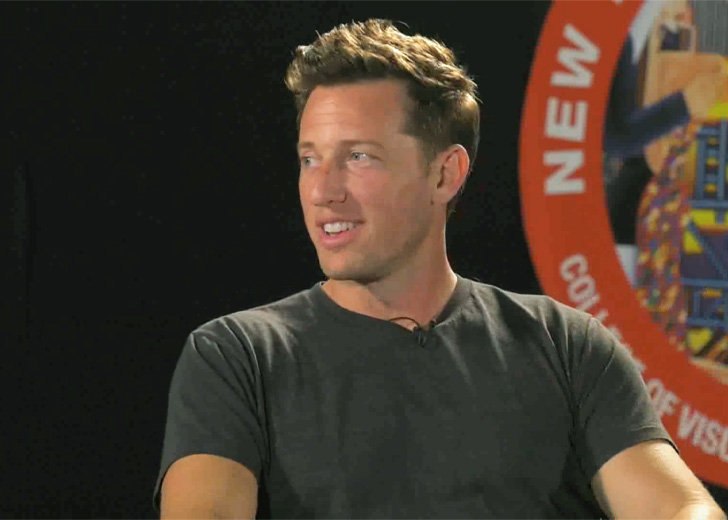 The well-established producer Matt Kaplan has been fortunate in the film industry. He has covered from creating thrillers to romantic young adult movies. Moreover, his slowly rising success brought him quite an abundance of blessings.

Take a browse on the article and get the latest updates on Matt’s age, biography, and net worth. Not to mention the story of how he got the nickname “Mr. Sexy Zoom Man.”

We all know Matt Kaplan is a film producer with a list of flourishing movies. However, before diving into his career and income, let’s learn some quick information on him.

Matt was born in the United States. However, he is of Turkish descent. Moreover, Matt is Jewish in religion. Regarding his college education, he took it up at Columbia University. He graduated from college with a degree in Film Studies and History.

Aside from these basic facts, the producer has kept his life out of the limelight. He’s managed to take control of his privacy. Furthermore, the media cannot find details about his family.

Now, let’s take a look at the history of Matt’s career. Matt was doing an internship immediately after graduating. His first work experience was at United Talent Agency (UTA). He also became a trainee at the Todd Phillips Company. After finishing his apprenticeship, he worked to help produce a show at CBS.

Moreover, he was assigned as the Digital Development Director for the company. He also worked at Lionsgate film to manage their low-budget films.

Around 2013, he went on his own and launched One Films. Moreover, Jason Blum gave Matt’s team a first-look deal on films made by Blumhouse Productions. Thus, they were given feature credits for some movies made by the Blumhouse, like “Viral.”

Awesomeness TV then invited him to handle digital film operations for the network. Thus, Matt worked alongside Brian Robbins to create young adult films. His dedication even led him to become the president of the film company. Moreover, he kept his role as a head until 2017.

During his time with AwesomenessTV, he helped produce the hit films “Dance Camp,” “Before I Fall,” and “To All The Boys I Loved Before” and its sequels.

At present, he is ACE Entertainment‘s CEO. He also signed a deal with Robbins’ Paramount Players. Moreover, his film company is among the top film companies. With their team mainly focusing on youth-oriented movies, indeed, they’re here to stay in the industry.

Hence, there is no doubt he made a lot of money from producing successful movies. His net worth of $7 million definitely fits his profession and expertise.

More recognized as Alex Cooper, Alexandra Cooper is a host for the popular podcast ‘Call Her Daddy.’

As one of the famous female podcasters, her fans are used to Alex hinting about her relationship uniquely.

Moreover, last 2021, she told the listeners about her recent boyfriend. With a funny nickname like “Mr. Sexy Zoom Man,” the fans couldn’t help but be curious.

The Podcaster enjoys teasing her fans by calling her boyfriends with unique nicknames, from Slim Shady to Door #3.

Every time she does her podcast, she leaves little information about her lover. She mentioned his job as a film producer and even posted a picture with his dog, Henry. These two points were the main giveaway about how fans concluded that she is dating Matt Kaplan.

There is not much revelation about the couple’s relationship. However, we got glimpses of their dating life after Alex gave clues about Mr. Sexy Zoom Man.

Accordingly, the unusual nickname is due to the pair having their first interaction in a zoom meeting. The couple had tied the knot since February 3, 2021, as written on their IMDB profile. Additionally, Matt Kaplan was previously wed to Australian actress Claire Holt.