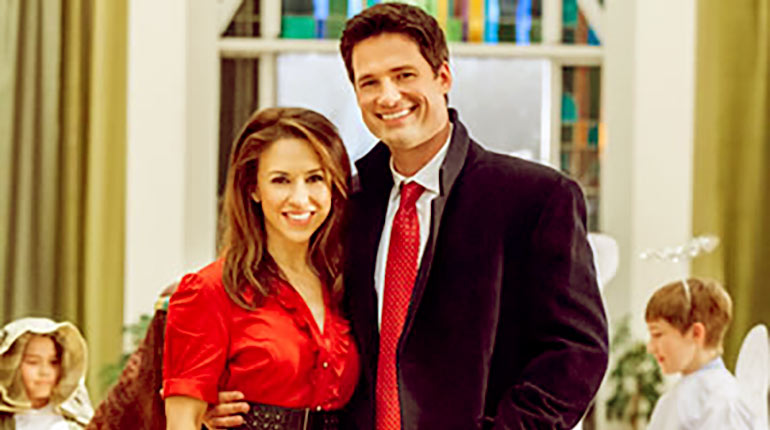 David Nehdar is Lacey Chabert’s husband. Lacey Chabert is an American actress and singer. She is popularly known for her roles in films like Mean Girls, where she played Gretchen Wieners. Chabert is also known for working with the Hallmark Channel, where she has been featured in nearly 2-dozen Hallmark films. Lacey has also lent her voice to various characters in animation films like Family Guy.

Chabert has honed her acting skills since when she was a young girl. She appeared in the soap opera, All My Children, at the age of 10. To learn about Lacey’s career, net worth, and husband, keep reading our article.

Chabert is perhaps one of the most secretive celebrities out there. However, we understand why she keeps her personal life under wraps. A relationship can be adversely affected when it’s too public because everyone will chime in to give their two cents. Social media only makes it worse as people can type anything without really giving it much thought. Lacey knows this all too well, and it took her time to open up about her relationship with David Nehdar.

Lacey Chabert and David Nehdar had a private wedding in front of their family and friends in December 2013. The guest list featured celebrities like Amy Davidson and Kaley Cuoco, who are Lacey’s friends. The ceremony was held in Los Angeles, California. In an interview with People, Lacey revealed that she wanted her wedding to be personal. This is mostly in part because David is not in the entertainment industry, and he loves his privacy.

However, the public only came to learn about the wedding the following year from a post on Lacey’s Twitter. On the post, she was ecstatic to announce that she was starting 2014 as a Mrs. She said that she had married her best friend and the love of her life over the holidays.

Her social media photos of her wedding don’t even show her husband David Nehdar. The only pictures of her wedding either feature her alone or with her family. It’s not known how Lacey met with her handsome hubby due to her being very private with her personal life. However, what we know is that the couple is living blissfully in their marriage. There hasn’t been any reported drama in their relationship thus far.

One thing that Lacey didn’t hide was her pregnancy news. In February 2016, Lacey jumped on her Instagram and revealed that she had a bun in the oven. Her Instagram post was so well thought out that if we had the power, we would award it the Instagram baby announcement post of the year.

Her adorable Chihuahua pet was the prop for a shirt that announced the pregnancy news. Lacey Chabert dressed up her Chihuahua in a shirt that had the words ‘My mom is having a baby, and all I get is this stupid shirt,’ How creative, right? Her lovely bundle of joy, Julia, was born in September of 2016. Lacey and husband David Nehdar didn’t just eenie meenie miny mo to their daughter’s name, but rather it was a thoughtful process.

David Nehdar loves to keep a low profile, but don’t worry. We have done some research and have uncovered the most important details you may want to know. Lacey’s husband was born on August 16, 1974. That makes him 45 years old in 2020 when we compiled this article. Moreover, David is a Leo Zodiac.

David comes from a business-centric family. Drawing inspiration from his family, he went to study business management in college. After completing his degree, David ventured into business. His net worth is $9 million. David has even surpassed some Hollywood celebrities in net worth.

Lacey Chabert’s Net Worth is $4 Million.

Lacey Chabert is one of the most talented actresses in Hollywood, and this hasn’t gone unnoticed. Thanks to her talent, Lacey has managed to cash in on her talent from the various acting jobs she has had in her career. Her estimated net worth is about $4 million. Chabert’s net worth will surely continue to increase if she continues with her current career trajectory.

Lacey Chabert is a relatively petit lady. She is 5 feet, 2 inches tall. Her weight is a healthy 52 kgs. If you want to gift her a beautiful, elegant gown, just have in mind that her measurements are 37-24-25 inches. Lacey has a healthy BMI based on her height and weight, and it’s not hard to see why. She loves exercising, and if you’re in doubt, just go through her Instagram and see her photos in the gym, one of which shows a treadmill.

Lacey Chabert may be private about her relationship life, but that doesn’t mean that she shies away from posting other aspects of her life. She is very active on Instagram. Her Instagram handle is @thereallacey. She has quite a following on the site, amounting to 705K followers.

Chabert loves posting family photos as well as pictures that promote her acting work. Moreover, we can see that she loves animals. Her adorable Chihuahua appears on several Instagram posts. Whether it is to announce her pregnancy or just for a casual pet photo, her doggo is just the perfect prop for that job.