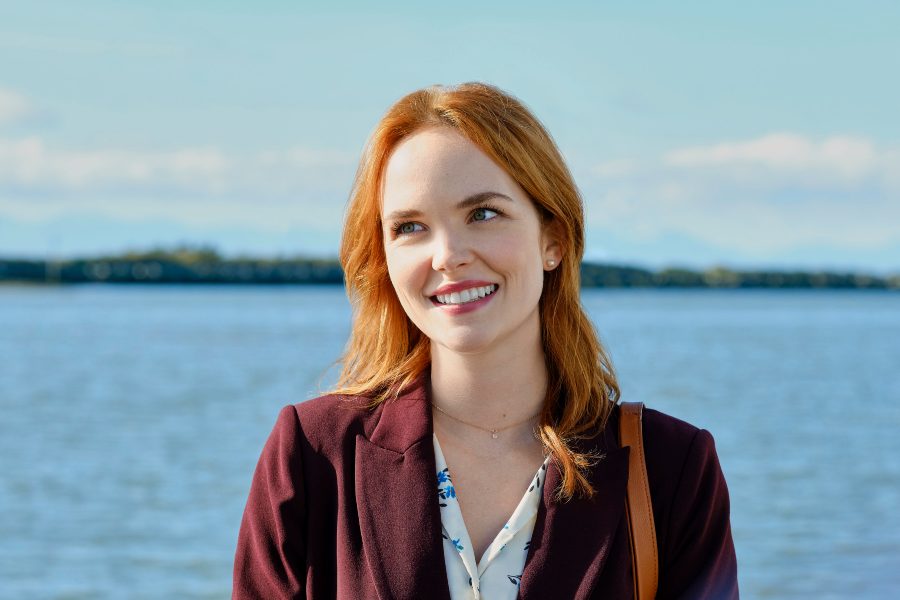 Morgan Kohan is a Canadian actress most known as Lillian Walsh in the Hallmark family drama series “When Hope Calls.” She recently appeared in the second season of The CW superhero series “Batwoman,” starring Wallis Day.

Vancouver-born Morgan Kohan began dancing and singing when she was a child. She subsequently picked up acting and joined the Triple Threat Program — aimed specifically at triple threats, i.e., students who can sing, dance, and act – at Randolph Academy in Toronto, Ontario, Canada.

Despite her prodigious talent, Morgan bloomed late into her acting career. Morgan made her on-screen debut in 2014 in her late-20’s with a minor role in the short horror film “The Coin.”

Subsequently, she made her television series debut the following year, in what was supposed to be her breakout role as Katie Gallagher in the sci-fi series “Contingency.” However, the series could not take off, and only the pilot episode ended up airing.

Following that, Kohan appeared in minor roles in a string of TV shows, including “Dead Weight,” “Murdoch Mysteries,” and “Kim’s Convenience,” “Star Trek: Discovery,” and “In Contempt.” Her first recurring role on television was Evie Beaumont in the CBS crime drama series “Ransom.”

Morgan made her feature film debut in 2019 in the horror movie “Demons Inside Me.” Her performance as the lead character, Jade Williams, paved the way for two more starring roles in the film “The Marijuana Conspiracy” and “Kitty Mammas.”

Furthermore, she went on to star in made-for-TV movies like “Love on Harbor Island,” “A Romance Wedding,” and “A Whirlwind Wedding.”

Morgan is perhaps most known as Lillian Walsh in the Hallmark family drama series “When Hope Calls.” She is one of the lead characters and stars alongside Jocelyn Hudon as two sisters who get separated at a young age.

Most recently, she appeared as Stephanie Brown in the second season of The CW superhero series “Batwoman.”

How Old is Morgan Kohan? Birthdate and Parents

Morgan Kohan was born on December 31, 1986, in Vancouver, British Columbia, Canada. She is 34 years old at the time of this writing.

Morgan is the first in her family to get into showbusiness. Her parents are regular people, although their life is far from boring. Both her parents are bikers and, according to Morgan, “intense badasses.”

She is still close to her parents, often sharing snaps with her mother, Kimmy, and her father. In fact, her first Instagram post is a throwback picture of her parents during their youth. Morgan has a younger sister, Lauronline Kohan, who could pass as her twin.

Who is Morgan Kohan’s Boyfriend? Is She Married?

Followers of Morgan Kohan are no strangers to seeing her cozying up to a mystery man on Instagram. The mystery man was later identified as Drew Nelson, a Canadian actor, writer, and producer.

Nelson, born on August 11, 1979, is a Toronto native most known for TV shows like “Girlstuff / Boystuff,” “Total Drama,” “The Strain,” “People of Earth,” “The Girlfriend Experience,” and “Blood and Water.”

Their relationship dates back to at least August 2016. On August 19, 2018, Drew posted a sweet snap on Instagram to commemorate their second anniversary together. The post was captioned: “Best 2 years of my life with this dingus.”

Judging by their social media posts, Morgan and Drew are still going strong, and only time will tell when and if they decide to take the next step in their relationship. 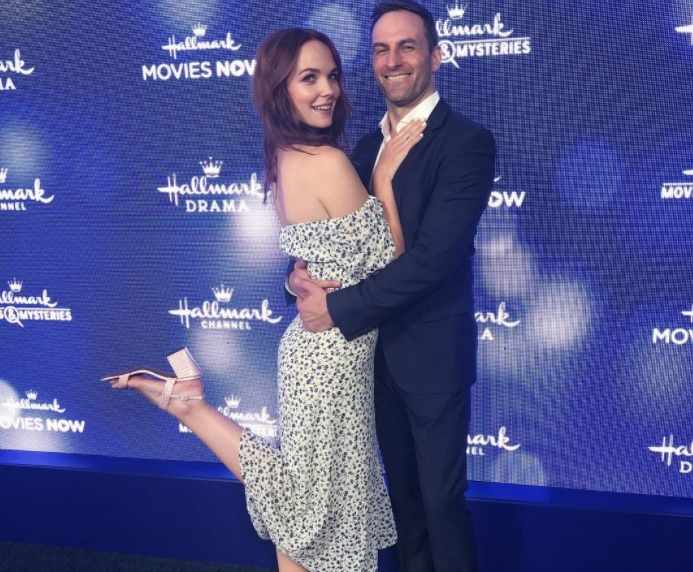 A Canadian actress, Morgan Kohan, and her boyfriend, Drew Nelson

According to some sites, Morgan Kohan stands at around 5 feet 8 inches (1.77 meters) and weighs approximately 58 kg (127 pounds). She sports a red mane of hair and has hazel green eyes. Typical of redheads, she is of fair complexion, betraying her Caucasian heritage.

Being in showbiz and having danced competitively for a score of years, Morgan is petite and nimble.

Morgan Kohan has only been in the acting industry for seven years. In that time, she has amassed just over two dozen film and TV show credits.

Unsurprisingly, very little is known about Morgan’s wealth and income. However, some sites claim that Morgan Kohan has a net worth of $300,000.

Considering she has only been in the industry for a relatively short time, this figure is impressive. Her bank account will only increase as her exposure increases outside of Canada.