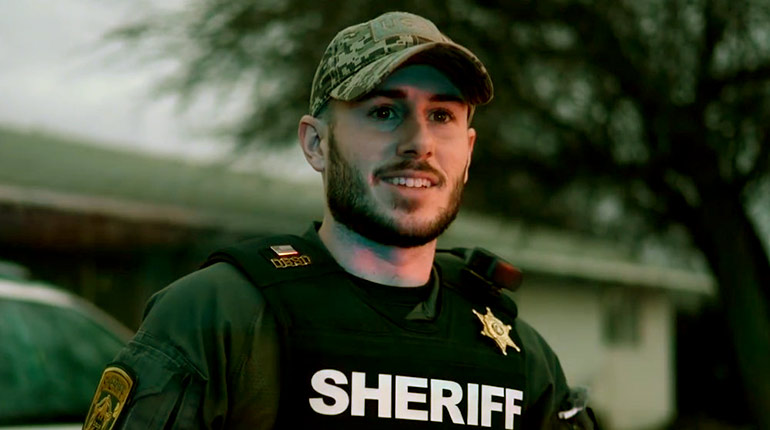 Patty Mayo (Patrick Thomas Tarmey) is a Boston-born YouTuber and entrepreneur currently based in California, USA. He is known for his YouTube scripted series on his channel, Patty Mayo, where he casts himself as a bounty hunter and an Oregon sheriff looking for fugitives from justice and apprehends them. The social media personality also uploads string vlogs, pranks, and challenges in the channel.

He does have another channel, Extra Mayo, where he uploads personal life videos mostly of him and his former girlfriend, Kayla Pillar, and with family members occasionally. Learn more about his personal and career life in the paragraphs below.

Patty Mayo joined the world of YouTube in November 2013. The YouTuber has seen a quantum leap in his popularity since he first started uploading videos on his Channel, Patty Mayo.

He currently has 8.23 M subscribers and 141 videos in his main channel, Patty Mayo. His other channel, Extra Mayo, has 236 K subscribers and 60 uploaded personal videos of his life, mom, sister, and girlfriend.

As aforementioned, the YouTuber mainly creates scripted content where he portrays himself as a fugitive bounty hunter and as a sheriff. He makes his content believable by sporting Southland Bounty Hunters costumes, wearing body armor, and wielding various weapons such as rifles, handguns, and tasers.

He also sports a badge identifying him as a “Bail Enforcement Agent” and the most recent one, “Sheriff’s Deputy.”

The star’s content boasts over 664 M views, which translates to thousands of dollars of income monthly. Some of his most popular videos are, “Black belt puts me in an armbar while in cuffs” with 28 M views and “He helped me repo his girlfriend’s car” with 32 M views.

The YouTube personality’s average YouTube earnings from AdSense, according to socialblade.com, are estimated between $53.6k – $856.9k in a year, calculating the daily views and growth of subscribers.

Following the exploits of his successful YouTube career, he also sells merchandise such as t-shirts and hoodies through pattymayo.tv. His march frequently sells out with prices ranging from $10-$100.

So is Patty Mayo Real Sheriff?

As believable as Patty Mayo’s videos may seem, thanks to well put together uniform costumes and completely natural conversations and believable stunts, the bubble-bursting truth is that they’re all scripted. The YouTuber is an actor and is basically role-playing as a Sheriff in a stage-managed show.

The Oregon State Sheriffs’ Association, actually come out to clarify that they are not affiliated to Patty Mayo. Oregon’s Sheriff Office said they oversee the videos to ensure that nobody is endangered in the activities carried out therein.

He also made it clear that the only connection he has to the Sheriff’s Office is that he always alerts them about when he is filming content.

The simple answer to this is no. Thanks to the nearly impeccable acting prowess of the YouTuber, you wouldn’t be called gullible for believing that Patty Mayo is a real bounty hunter.

The evidence lies in the arsenal of weapons that he carries. these include handguns, rifles, taser guns. The bounty hunter even has access to radio call communications with his partners. His uniform also appears legitimate.

The man even has a bounty hunter badge labeled “Bail Enforcement Agent.” Patty has honed the skills of pretending to be a bounty hunter down to a science. The YouTuber confirmed that his bounty hunter series is produced and scripted.

Here is why he is fake.