Paul Ainsworth is one of the famously celebrated British chefs and a TV personality who is currently a chef-patron at Paul Ainsworth at Number 6 in Cornwall, a restaurant that has a Michelin star and four AA Rosettes.

He is one of the privileged chefs who has learned under the learning tree with the likes of Gordon Ramsay and Marcus Wareing. Likewise, he rose to prominence due to his appearance as a judge and contestant on numerous hit cookery shows.

This talented chef was birthed in 1979. He grew up in Southampton, England, in a guest house run by his parents.

Hellbent on becoming a fine chef, Paul attended Southampton City College to graduate in hospitality and catering soon after graduating from high school. 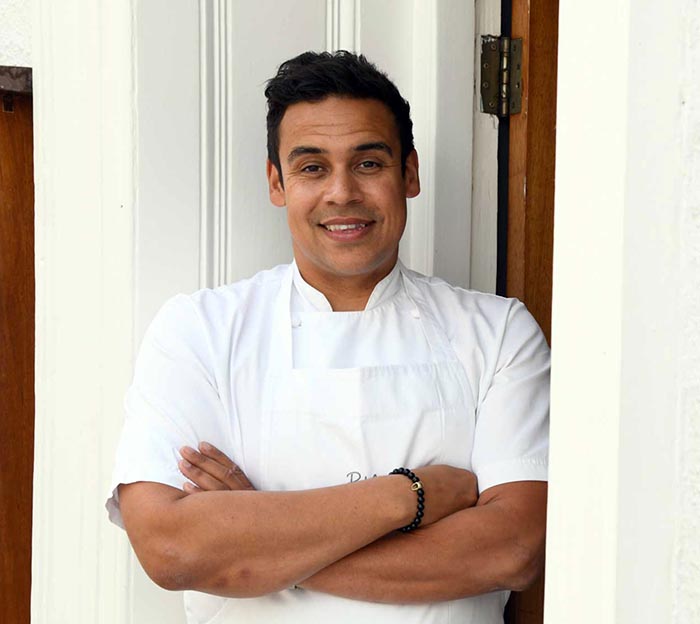 Emma Ainsworth is known for being the wife of the famous Paul Ainsworth. She came into fame after her marriage to this British chef.

Besides being a wonderful wife, Emma is also Paul’s business partner. Since their marriage, Emma has actively supported her husband with his culinary career and also has started several businesses along with him.

The combination of Paul’s cooking skills and Emma’s business knowledge has helped launch several booming businesses right now. As of now, the husband and wife happily reside in Padstow. 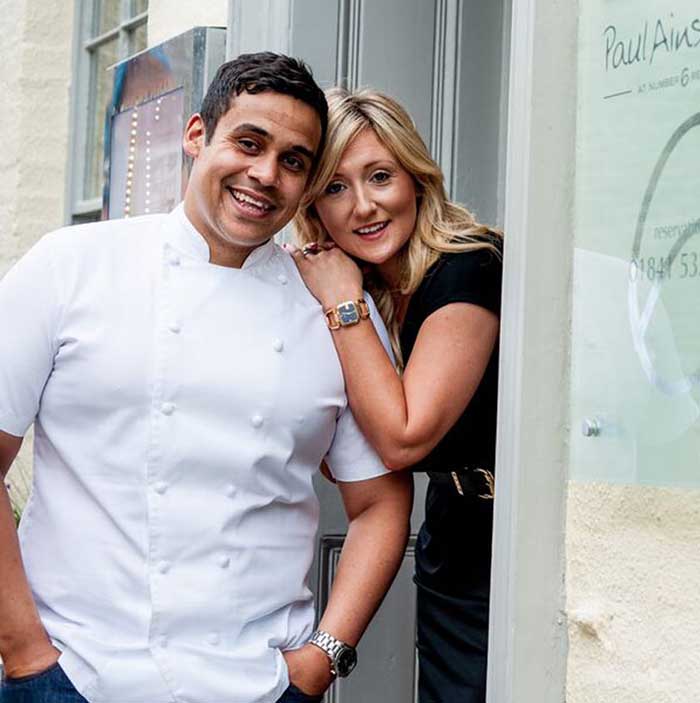 How did they meet?

Paul Ainsworth first met Emma at the age of 20 when he was working for world-renowned chef Gorden Ramsey. At the time, Emma was just a 16-year-old teenager who was a hairdressing apprenticeship. Their first meeting was on a rowdy Saturday night in McClusky’s.

Paul had fallen for Emma at their first meeting and was taken aback by Emma’s charm. They instantly became a young couple.

Moreover, they dated for several years before finally tying the knot on October 20, 2009. The wedding took place in a private marriage ceremony which was attended by very few guests, close friends, and family members.

Interestingly, the pair have been happily married for more than 10 years and show no splitting signs to this date.

Paul and his wife Emma Ainsworth have a daughter Named Aricie Florence.

Additionally, the pair are blessed with a daughter. She is named Aricie Florence Ainsworth, who was born on March 2, 2016, seven years after the couple’s marriage. The birth of this 4-year-old Aricie has truly made her parent’s relationship stronger than ever. 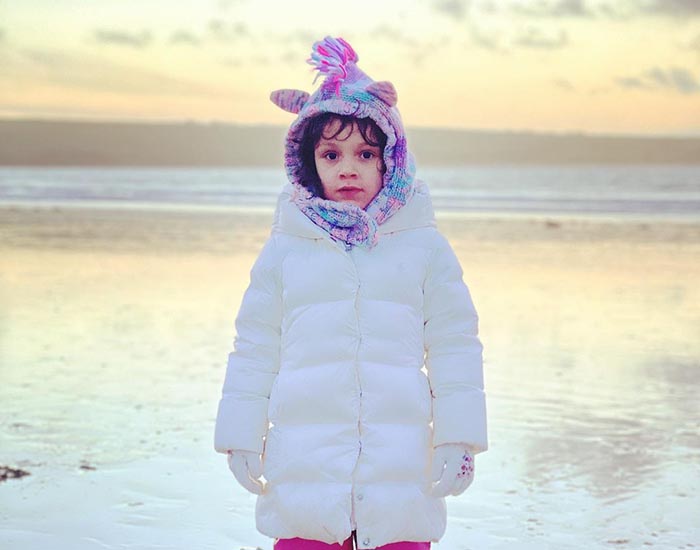 As of 2021, Paul Ainsworth has a net worth of around $5 million. Furthermore, his huge net worth directly comes from his successful restaurants.

Aside from his restaurants, he is also a very famous chef who has made various TV appearances in several shows, both as a contestant and as a judge, who pays him a lot.

Ainsworth started working for Rhodes in the Square in 1998, located in London’s Dolphin Square.

Paul opened his first restaurant, Cornwall-Number 6, along with two friends. It was later renamed Paul Ainsworth at Number 6 in 2009 after Paul took over the restaurant with his wife. It is located at 6 Middle Street in Padstow, Cornwall.

Likewise, he oversees an Italian restaurant, Rojano’s in the Square, which he reopened in 2011 in Padstow. Later, the restaurant was re-branded as Caffe Rojano in 2020.

Also, along with his wife, he runs The Townhouse guest house, which is also located in Padstow. Income from restaurants chain adds to Paul Ainsworth’s net worth.

Ainsworth made his debut in television when he competed in the BBC’s Great British Menu. Eventually, he won the dessert course in 2011 with a dish called Trip to the Fairground.

He has then made several appearances in Tv shows such as BBC’s Saturday Kitchen, Yes Chef, and Royal Recipes. Likewise, Ainsworth also appeared as a guest chef on the TV series MasterChef, creating dishes for the US Ambassador to the UK in 2017. 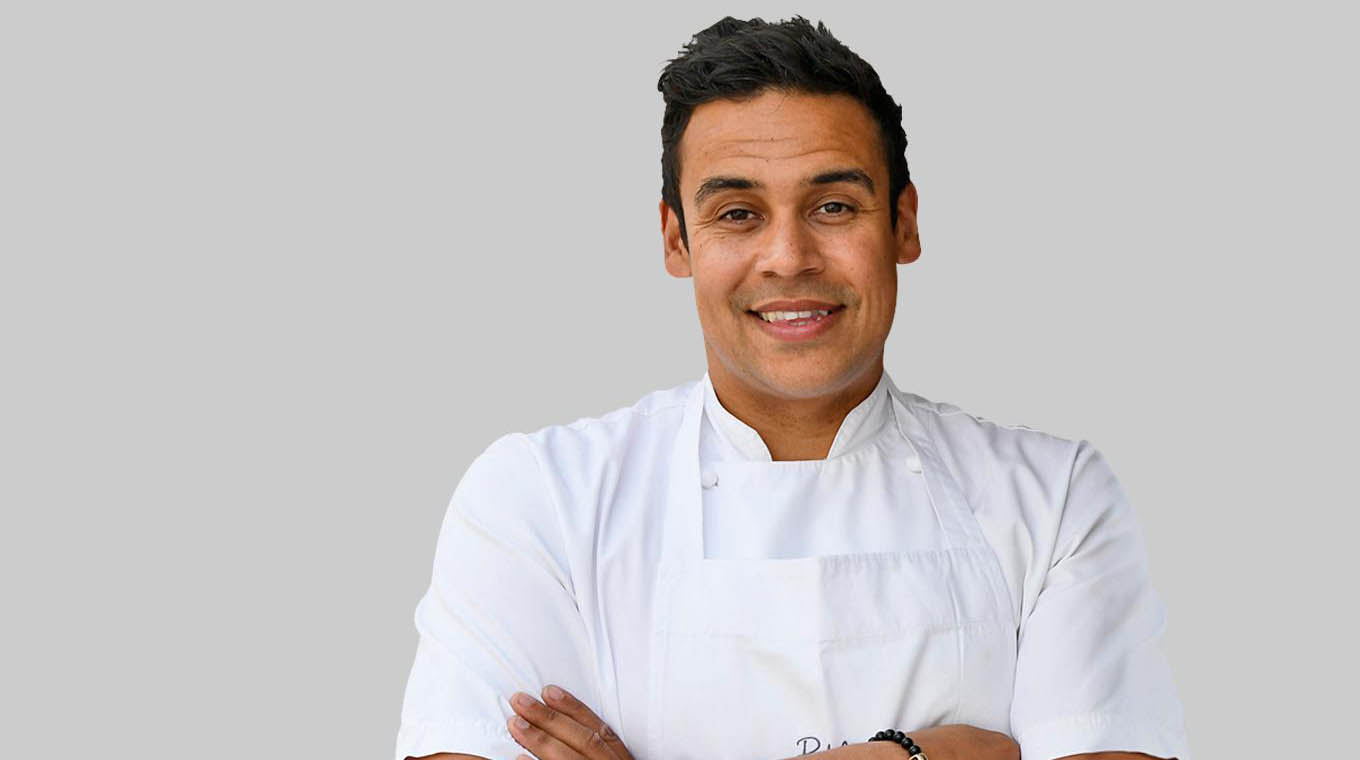