Pawn Stars Net Worth: How Rich are Pawn Stars Cast?

Pawn Stars is an American reality series that chronicles the activities of a pawn shop located in Las Vegas, Nevada. The famous shop appraises gold and silver items, as well as artifacts deemed valuable. Since the show debuted on July 26th, 2009, it has become a big hit.

With a mix of drama thrown in with great business, fans seemingly can’t get enough. Hence, it’s no surprise that the History channel has put out 17 seasons of the series, spread over 570 episodes. Join us as we visit Sin City to meet the interesting cast of the Pawn Stars series.

Rick Harrison is the go-to person if you want to spot fakes that are disguised as original big-ticket items. Rick was born on 22nd March 1965 in North Carolina.

He is a father of three who is a two-time divorcee. With a keen eye trained to tell apart from original pieces from counterfeits since 13 years of age, Rick is, without a doubt, the man for the job. Moreover, he is the mediator between his father and his son, Corey Harrison. Rick is so skilled in his work that he has been dubbed ‘The Spotter.’

Pawn Stars cast Rick Harrison is the co-owner of the Gold and Silver Pawn Shop in Las Vegas. He is the son of Richard Harrison, who he co-founded the famous shop with. Initially, he worked in his dad’s shop during the daytime, and at night he worked in car repossessing. Interestingly, Rick was the shop’s brainchild.

He had spent years seeking to have his pawnshop featured in a show. His prayers were answered in 2008 when Leftfield Pictures approached him to make a reality show about his shop’s activities. Rick is estimated to be worth about $8 million. His wealth can be attributed to his salary from the series, Pawn Stars, as well as from the pawn business he runs with his family. Rick has been featured in about 422 episodes of Pawn Stars.

Rick Harrison is reportedly paid $15,000 per episode of the hit reality show. Aside from his earnings from the show and the shop, he also makes good money on personal appearances. He charges over $1,000 for his appearances, which are mainly in Las Vegas’ Clubs.

One of Rick Harrison’s most significant losses was in 2010. His girlfriend’s best friend had sold $40,000 worth of diamonds to Rick. Unfortunately, the diamonds were stolen from a lady. The cops who were hot on trial took 3 days to trace the diamonds.

The thief was eventually apprehended, but it didn’t stop Rick from losing $40,000. Aside from that loss, Rick has also lost 100,000 on several items in an auction. However, the biggest single loss is $40,000 diamonds. One of Rick’s biggest wins was when he made $24,000 on an enameled medallion that he had purchased for $6,000.

Corey Harrison is the son of Rick Harrison. His grandfather, Richard Harrison, is the Gold and Silver Pawn Shop’s co-founder. He is the co-owner of the Gold and Silver Pawnshop. Corey has been nicknamed ‘Big Hoss.’ The Pawn Stars reality star is 37 years old at the time of writing this article. Corey was born on 27th April 1983, and he is a Taurus Zodiac.

Rick’s son Corey has honed his skills in spotting genuine pawn items since he was 9 years old. He also acts as the human resource manager for the Gold and Silver Pawn Shop. To illustrate this, he hires all the shop’s employees as well as firing any who come short of his expectations. 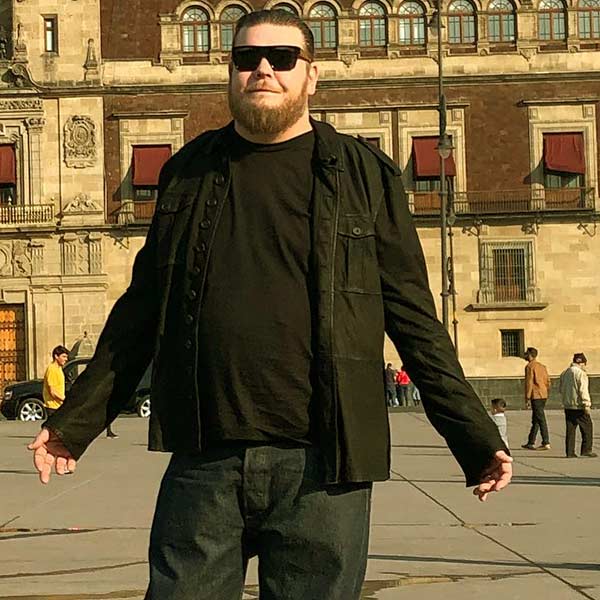 Corey is also the Gold and Silver Pawn Shop general manager. He also makes the biggest purchases in the shop compared to the other cast members. This means that he also bears the burden for the biggest losses of the shop.

However, Corey doesn’t feel that his dad gives him his due respect. This can be due in part to the fact that Corey has made some big purchases that have lost a lot of money for the shop. One of the most expensive losses was when Corey bought a classic car, a 1969 Chevy Camaro Z28.

Corey made the purchase for $36,000 for himself under the shop’s expense. When his dad and grandfather found out, they limited his credit card and also put up the car for sale. Unfortunately, the car was never bought and ended up costing the company thousands of dollars in losses.

Corey is estimated to be worth about $5 Million. The Pawn Stars reality star earns about $300,000 per episode. Corey has been featured in 401 episodes of the hit reality show. Looking at his personal life, Corey is a two-time divorcee. Corey also lost a lot of weight after getting a weight-loss surgery.

Chumlee, whose real name is Austin Russell, is Corey’s friend. He got his nickname from his elementary school peers, who thought he resembled a walrus cartoon character named Chumlee. Thankfully, Chumlee took it all in stride. At the end of the day, it’s all fun and games.

Chumlee was born in 8th September. 1982. He is 37 years old at the time of writing this article in 2020. The Pawn Star reality star is a Virgo Zodiac. Thanks to Corey, the show has a comedic personality. His quarks add to the ratings of the show. 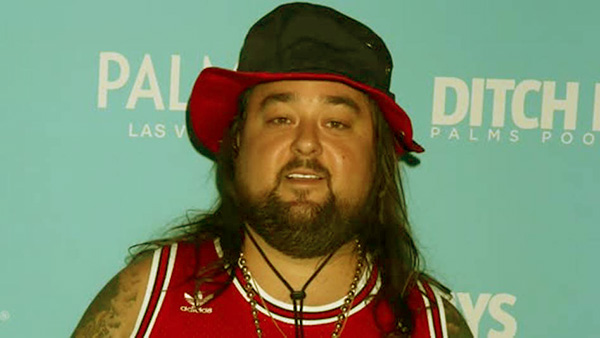 Thanks to his friendship with Corey, he found himself working at Gold and Silver Pawn Shop from 21 years of age. This was exactly 5 years before the shop was featured in the reality show.

Chumlee is an expert when it comes to appraising video games, sneakers, and pinball machines. His main role at the shop is loading items, testing them, and processing purchases.

Corey has worked his way to a $5 million net worth. Pawn Stars cast Chumlee earns $25,000 per episode. In total, Chumlee has been featured in 283 episodes of the show as of writing this article. One of his biggest purchase wins was when he purchased Victorian-era saw-handle pistols that made the shop $38,700.

Pawn Stars cast Richard Harrison is the patriarch of the Gold and Silver Pawn Shop. Richard was born on March 4th, 1941. He is a Pisces Zodiac. Before he passed away on June 25th, 2018, Richard was the founding spotter.

The Gold and Silver Pawn Shop founder was 77 years old at the time of his death. Unfortunately, Richard succumbed to Parkinson’s disease.

Luckily, he left behind a great legacy and a business empire. Richard also left behind three sons and ten grandkids. The show’s producers commemorated his life in an episode of the show that was entitled, A Treasure Remembered. 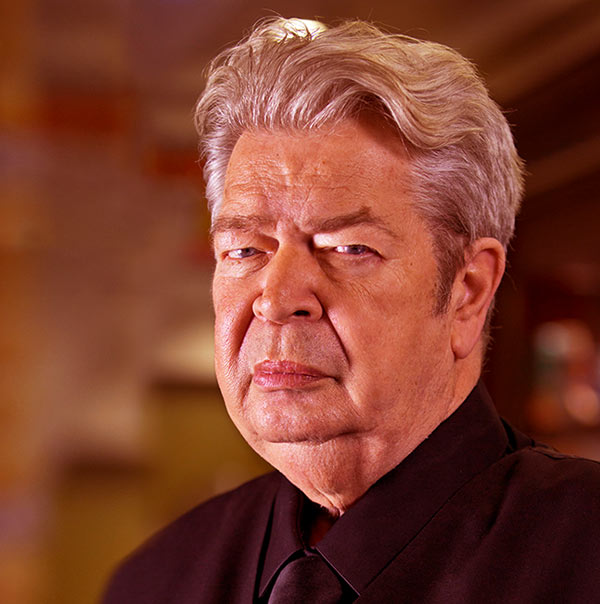 Richard started his shop with $10,000 in 1988. Prior to that, he was involved in the sale of second-hand items. Thankfully, his investment paid off and he became a multi-million dollar business owner.

One of the biggest profits Richard made was when he purchased four photogravures by Edward Curtis, a famous American photographer. Harrison made $19,000 in profit from the purchase. Prior to venturing into the pawn business, Richard also worked in real estate.

However, he left the industry after losing a million dollars in the business. In today’s money, Richard had lost about $2,167,278.11.

Richard started the pawn business with little knowledge about pawning and he had to learn the ropes fast. His determination led him to be awarded the Key to Las Vegas alongside his son and grandson.

At the time of his death, “The Old Man” Richard Harrison was estimated to be worth about $8 million. Richard was featured in 272 episodes of the hit reality series, Pawn Stars. May his wonderful soul rest in peace.

Steve Grad worked in the Pawn Stars show between 2013 and 2014. Unfortunately, his time working in the Gold and Silver Pawn Shop was not short of scandals. Steve was found guilty of forgery.

Under Steve, the shop had tried to pass off some signatures on potentially valuable items as authentic. To illustrate the seriousness of the matter, Charles Lindbergh’s daughter filed a lawsuit against the company after she discovered that her dad’s signature was falsely being used to appraise some items.

Of course, all the costs of the lawsuit were borne by the Gold and Silver Pawn Shop.

Unfortunately, this was not the only signature that Steve had passed off as being authentic. As it turns out, he had approved so many more signatures that had led collectors to lose millions after purchasing fake items deemed valuable under Steve’s watch.

Steve should just have stuck to professional sports authenticating, a role he had before he became an ‘expert spotter’ at the pawnshop. Steve Grad’s net worth has been estimated to be about $400,000.

Murray SawChuck is the go-to man when magical devices need appraisal and an expert’s opinion. Magician Murray was born on 25th November 1973, and he is a Sagittarius Zodiac.

In total, Murray has been featured in 11 episodes of the hit reality show as a recurring expert. Aside from his work on the show, Murray performs magic in shows in Las Vegas. His official work title is ‘magician and illusionist.’

Apart from Pawn Stars, Murray has appeared in America’s Got Talent as a contestant. Murray’s career started when he got mentorship from a world-famous magic-performing couple known as ‘The electric.’ The Pawn Stars series cast is estimated to be worth about $15 million.

His wealth can be attributed to his career as a magician and illusionist and partly from his participation in the Pawn Shop show. Additionally, Murray was honored by the mayor of Las Vegas after 25th November was named Murray the Magician Day. 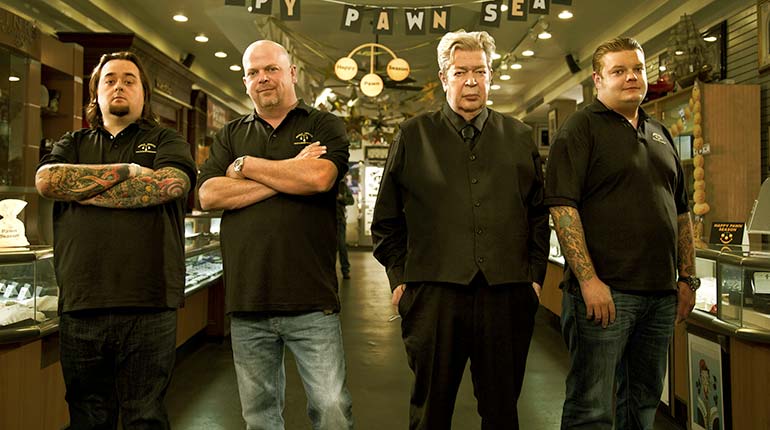