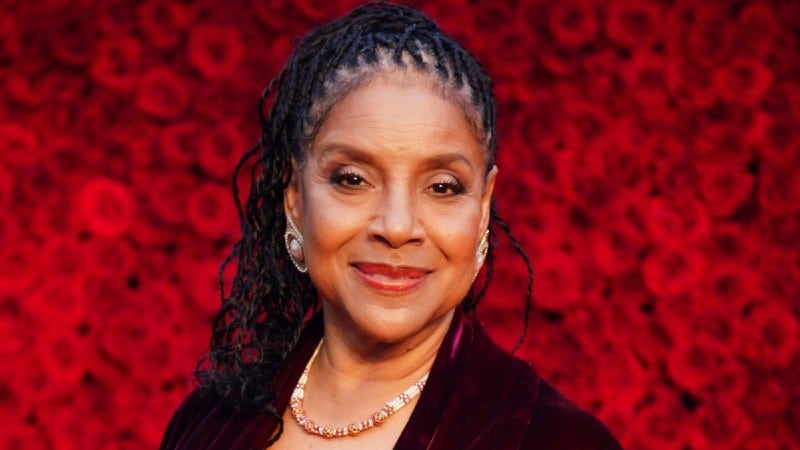 Phylicia Rashad is a singer, actress, and Broadway director. She became popular for her role in The Cosby Show, where she played the lawyer Clair Huxtable. In addition, Phylicia is a respected actress in the black community after winning Best Actress in a Play at the Tony Awards in 2004. She is distinctively the first black actress to win that award.

Phylicia Rashad has been married three times in her life. Her first two marriages did not last long. However, her third marriage lasted a little longer but still ended up in divorce.

Phylicia Rashad packed her bags and moved to New York after her divorce from William Lancelot Bowles Jr. She and her son started a new life in the Big Apple. The young mom also embarked on her Broadway career. Her first roles on stage were in Dream Girls as Deena Jones and The Wiz as a munchkin. It was on The Wiz that she met Victor Willis, who was also part of the play. The two began dating while performing in the play. In 1978 the couple married after dating briefly. Victor Willis is the lead singer of The Village People. Victor was one of the producers of Phylicia’s first album entitled Josephine Superstar. It was a disco album that revolved around the life of the singer Josephine Baker. Victor and Phylicia divorced in 1982, just four years after getting married. 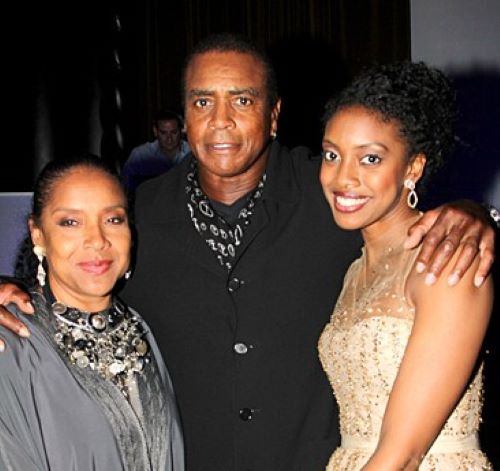 In 1985, Phylicia once again gave marriage another shot and married for the third time. She married Ahmad Rashad, a professional NFL football player. Ahmad went all out with his romantic proposal to Phylicia. He did it on national television during the Thanksgiving Day football game. Phylicia and Ahmad have both been married twice before. The couple got married in two ceremonies, the first was on November 28, 1985, and the second was on December 11, 1986. Their close friends and kin attended both ceremonies.

After their wedding, Phylicia took Ahmad’s family name, which was quite unusual for actresses. Most often, actresses do not take their spouse’s last names. Until today, the actress uses Phylicia Rashad as her professional name.

One year after tying the knot, Phylicia gave birth to their daughter Condola Phylea Rashad. Their daughter was named after Phylicia. Years later, Ahmad retired from professional football and became a sports newscaster and sports analyst on television. Eventually, Ahmad and Phylicia divorced in 2001 after almost two decades. It was by far the longest marriage for Phylicia. The actress has not remarried after her third marriage.

Phylicia Rashad has two kids from her first and third marriage. She did not have kids with her second marriage to Victor Willis. 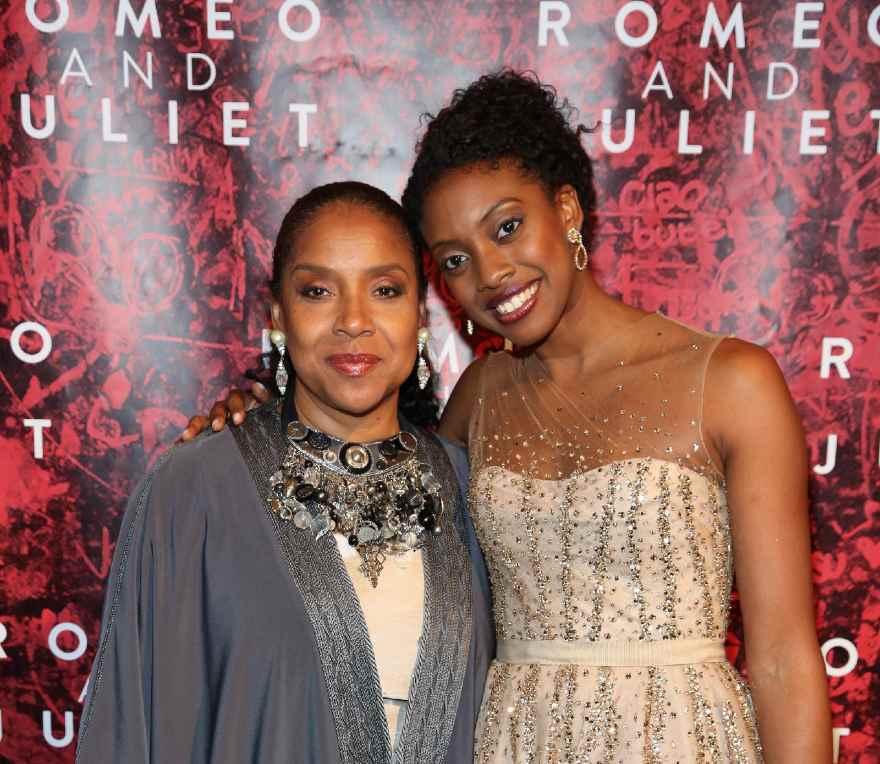 Phylicia has passed on her acting genes to her daughter Condola Phylea Rashad. Condola is a theatre actress who is famous for her role in Ruined. She won the Best Debut Performance from the Theatre World Award for her role in the play Ruined.

The play by Lynn Nottage earned a Pulitzer Prize. The accomplished Broadway actress has also appeared in The Trip To Bountiful, Part 2, Saint Joan, and A Doll’s House. She has been nominated for a Tony Award for each of her roles in these four plays. One of her highly acclaimed roles is Romeo and Juliet, where she played Juliet to Orlando Bloom’s Romeo. Condola also appeared on the television series Billions, where she plays the role of Kate Sacker.

Condola also appeared in the movie Steel Magnolias together with her mother, Phylicia. She played the role of Shelby, Queen Latifah’s daughter in the film. In addition, she also has a recurring role in the series Smash. Her other TV appearances are Law and Order and The Good Wife. Condola appeared in the movies 30 Beats and Sex and the City. She also appeared in the movie Money Monster, which Jodie Foster directed. One of her latest movies is Come Sunday, a Netflix movie in which she co-starred with Chiwetel Ejiofor.

Phylicia Rashad is not a grandmother yet. Her daughter Condola is still single and has no kids of her own. However, it is not publicly known if her son William has kids. There may be none since Phylicia has not posted any photos of her grandchildren or is seen in public with them. So, for now, the grandchildren are still non-existent for the accomplished television and theatre actress. 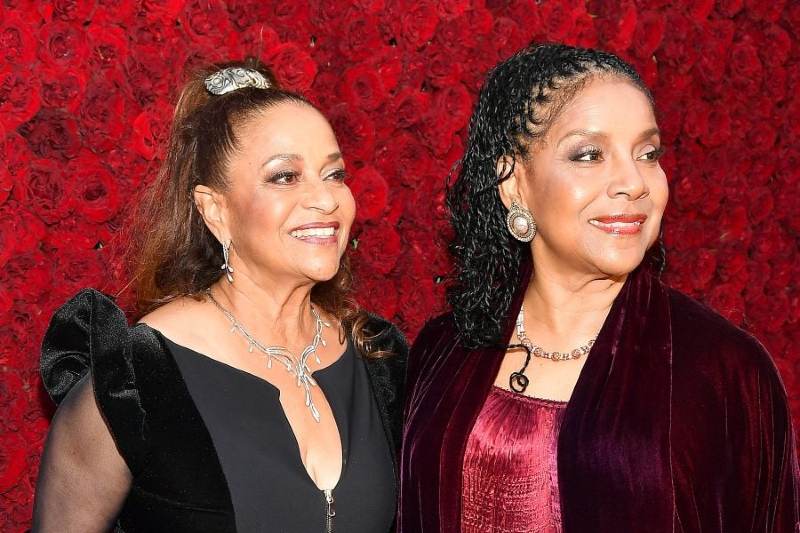 The equally famous sister of Phylicia Rashad is Deborah Kaye Allen or Debbie Allen. Debbie is an actress, singer, songwriter, choreographer, dancer, director, and producer. She was nominated for an Emmy Award twenty times and won three. Debbie has also won two Tony Awards and one Golden Globe Award. She also has her own name embossed on the Hollywood Walk of Fame.

Debbie first rose to stardom for her role in the musical series Fame. She played the role of Lydia Grant, a dance teacher. Additionally, Debbie was also the lead choreographer for the dance routines on the series. Her exceptional work on the series won her a Golden Globe Best Actress Award and two Emmy Awards for Outstanding Choreography. The Emmy Awards also nominated her for the Outstanding Lead Actress category.

Later on, Debbie tried her hand in directing and producing. She was the producer and director of 83 episodes of A Different World, the comedy series on NBC from 1988 to 1993. In 1995 she went back to acting in the sitcom In The House that aired until 1996.

In 2001, Debbie founded the Debbie Allen Dance Academy in Los Angeles. Until today, she teaches classes that cater to young aspiring dancers. And in 2011, she played the character of Dr. Catherine Avery in Grey’s Anatomy, the medical drama series on ABC. Today, Debbie Allen is on her fifth season as the director and executive producer of the series. She still appears on some of the episodes as Dr. Catherine.

Phylicia Rashad was born on June 19, 1948, making her 73 years old as of 2021. Her birthplace is in Houston, Texas. The 73-year-old actress shows no indications of slowing down anytime soon. She is still very active in her career on television and stage.

Phylicia Rashad is born Phylicia Ayers-Allen. Her mother, Vivian Ayers, is a poet, scholar, publisher, artist, and scholar. Her exceptional work has won her a Pulitzer Prize. Today, Vivian still teaches at the Brainerd Institute Heritage, even if she is almost 100 years old. On the other hand, the father of Phylicia, Andrew Arthur Allen, is an orthodontist. Aside from Debbie Allen, she has two more siblings. Her brother Andrew Arthur Allen Jr. is a jazz musician, and her other brother Hugh Allen is a banker.

Phylicia Rashad has starred in countless movies, and television shows through the years. Some of her roles have been critically acclaimed, while some were not so popularly accepted.

Kenny Leon directed the movie, and it debuted at the Sundance Film Festival in 2008. It gained a top 9 rating on the television rankings on its premiere week. More than 12 million viewers watched the highly acclaimed movie.

Phylicia also starred in the 2010 film For Colored Girls, directed by Tyler Perry. The film is a big-screen adaptation of the play entitled For Colored Girls Who Have Considered Suicide When the Rainbow is Enuf. Ntozake Shange wrote the Broadway play.

In 2012, Phylicia appeared in another movie by Tyler Perry entitled Good Deeds. That same year, she also starred in Steel Magnolias as Clairee Belcher.

It is a remake of the original film with the entire cast consisting of African American actors and actresses. Some of the stars in the movie are Alfre Woodard, Adepero Oduye, Jill Scott, Queen Latifah, and Condola Rashad.

Phylicia starred in the movie Creed in 2015. And in 2018, she once again reprised her role for the sequel Creed II. 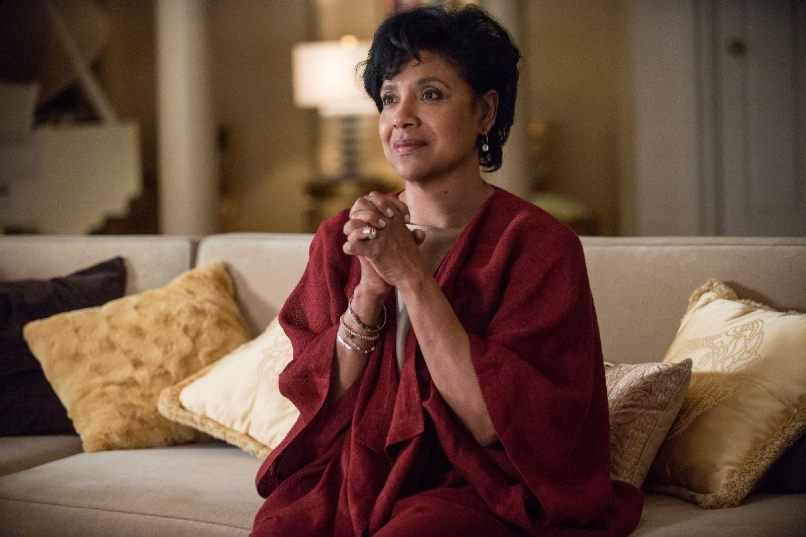 The first television appearance of Phylicia was in 1983 on One Life to Live, a soap opera on ABC. She played the role of Courtney Wright, a publicist.

Her most famous role on television and kick-started her career was lawyer Clair Huxtable on The Cosby Show. The comedy series aired from 1984 to 1992. It was about the funny antics of Clair and Cliff Huxtable and their five rowdy kids.

Phylicia made guest appearances on the series Psych, where she played the character of Winnie Guster. She appeared on the episodes Christmas Joy, and Gus’s Dad May Have Killed an Old Guy.

In 2016 she starred in the series Empire where she played Diana Dubois. Her character appeared in the third season of the series on Fox. Later in 2017, Phylicia played the character of Bishop Yvette Flunder on the series When We Rise. The series portrays the role of the church in the tough African-American community of San Francisco.

Her most recent television appearances are Grey’s Anatomy, 13 Reasons Why, Station 19, and The Rocketeer.