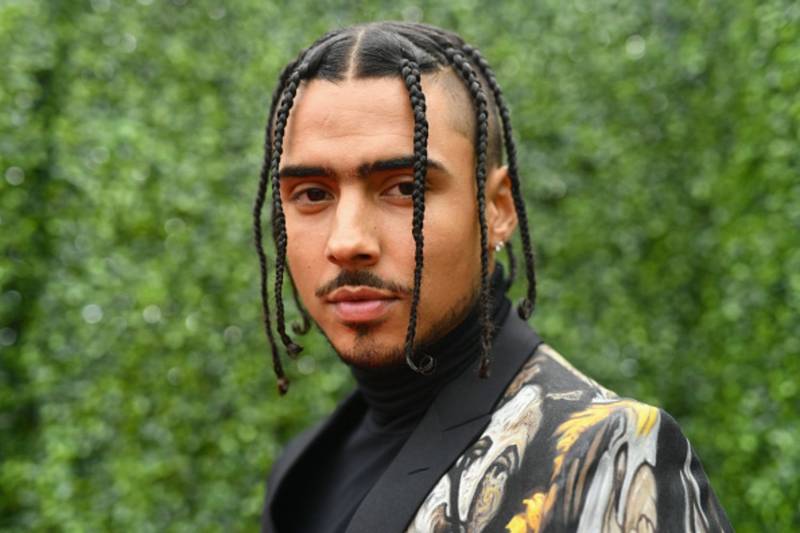 An entrepreneur, musician, and actor, Quincy Brown is a famous personality in fashion, entertainment, and music as he was everywhere. He excelled in these said fields, which warranted him a spot on the famous celebrity list.

Let us find out what Quincy has been up to in the past years. Also, Let’s dig into his personal life regarding his net worth and age in 2022. Find out if Quincy Brown is dating a girlfriend.

Quincy Brown made his first acting appearance in the film We The Party in 2012 and Dope in 2015. But he was never done with just acting at that time. He also participated in two fashion walks during the Gaborone Fashion Weekend and an Ebola Awareness Show during the New York Fashion Week.

Quincy’s career was just getting started. In 2015, his career as an actor and recording artist began. He made his first music video directorial debut in No Words of Elle Winter.

In 2016, things just got better for Quincy Brown. He was packed in his career; he had a recurring role in a television show called The Haves and the Have Nots. Brotherly Love actor also signed a contract to have a record deal with Bad Boys/Epic Records.

Not only that, but he became the face of a fashion campaign for BoohooMan’s autumn & winter collection. How cool is that?

Brown also released his 2nd album on Valentine’s day in 2017, titled This is For You that hits you right where your soft spot is for your lover. The following year, he was cast in a Netflix film called The Holiday Calendar.

It was all about roles and characters for Quincy’s career in films and shows in the succeeding years. He portrayed Derek, the main cast of the show Star, for three whole seasons.

Furthermore, he headed a short film for a social media campaign called Run Loubi Run with Christian Louboutin. Not to mention, he was the face again of a fashion collection of MCM Worldwide and a Coach Watch campaign for their sleep & watch collection, respectively.

Then finally, Quincy had his last fashion run and campaign contributions in 2021, specifically in the Flex Park collection of Adidas, Lacoste’s shoe campaign. Famous Magazines like Forbes and Vogue also featured this renowned actor.

With the number of projects Quincy had in fashion, music, and film, you are sure that he’s had a lot of cash flow throughout his career.

Quincy was born to her biological father and mother, Albert Joseph Brown III & Kimberly Porter, respectively, but he was properly raised by his mom and stepdad, Sean Combs.

Quincy’s biological parents were also from the entertainment industry back in their time. Her mom was a renowned actress and model, while his father was famous as a songwriter, recorder, and singer under Al.B.

Unfortunately, Quincy never lived with his father but with his stepdad. In the process, Quincy’s stepdad and mother decided to start a new life with three unique children, namely: Christian and twin sisters D’Lila & Jessie.

Is he dating a Girlfriend?

The 30-year-old American actor is currently not dating anyone. But according to our sources, Brown had four relationships in the past, including with British TV personality Kelly Osbourne, Kourtney Kardashian, American actress Ryan Irons and Keke Palmer. But, currently, the actor is single and is not dating any girlfriend.

When asked about his girlfriends in a little game of spin the wheel for a Madamenoir video, the actor shared that he is purposely staying single because “No woman wants to deal with that,” referring to himself.

What else can we say about Quincy Brown’s career? He created his impact and legacy left and right from his ventures.

So far, Quincy has had an exciting run of his career. We have yet to see more of his contributions and appearances in fashion and entertainment.