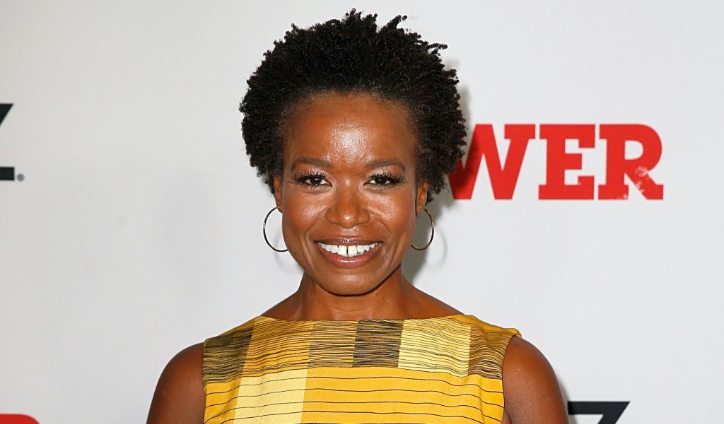 No one is born ready for the world of film and acting, but some find the passion along the way. This is what exactly happened to Quincy Tyler Bernstine. This outstanding actress has shown her professionalism for a decade. And she continues to become a gem in the film industry with a burning passion.

If you are a big fan of the Power Universe, you have to get to know the woman behind Tameika Washington. Read this eye-catching article to know about her husband, age, and hit movies in her Wikipedia-type biography below.

Quincy Tyler Bernstine is the daughter of Daniel(father) and Nancy Bernstine(mother). Her parents got divorced but still made an effort to co-parent. Daniel Bernstine was a lawyer and former president of Portland State University. However, Quincy’s father died on September 24 due to cardiac arrest. According to reports, Daniel died in the comfort of his home. Meanwhile, the law is also Nancy Bernstine’s line of profession.

Quincy has a brother named Dr. Justine Tyler Bernstine. He works as the associate dean at American University.

Modern Love star grew up with a family of lawyers who made her decide to pursue law as well.

Quincy Bernstine was a public policy major at Brown University. Bernstine joined plays when she was in college, which made her love for acting develop. Because of Quincy’s passion, Lowry Marshall, her professor, told her to try out for drama schools. Bernstine then applied for the University of California, located in San Diego, and got accepted.

In the year 1999, Bernstine graduated with her Master in Fine Arts. Before starring in movies and series, Quincy spent her time acting on playwrights. She acted in Mr. Burns, Neva, Far from heaven, and many more. Moreover, in 2009, Quincy participated in a play called Ruined. Because of her stellar performance, she was awarded the Obie, Audelco, and Clarence Derwent Award.

Her Movies and Tv Shows

Quincy Bernstine isn’t new when it comes to the acting industry. She has been in a wide range of movies and TV shows. Her first Tv series was Chappelle’s Show, which aired in 2004. Quincy starred as Brenda Johnson or Rounds.

In Blue Bloods, Quincy played the role of Faith Turner. She appeared in 2 episodes during the series. Moreover, Bernstine also played the part of Dr. Callie Fisher in the Good Wife in 2015.

One of Quincy Bernstine’s notable roles is as Detective Perry. Detective Perry is one of the lead roles in the series, Ray Donovan. The crime series is led by actor Live Shreiber.

In September 2018, Quincy married CNN cameraman Rick Hall. Quincy posted their wedding photo on Instagram on October 13, 2018. She and her husband, Rick don’t have children of their own as of yet. Further information about Quincy and her husband is not made public.

Bernstine is indeed a chameleon when it comes to acting as she perfectly fits her role. Her passion for acting and success as an actress is just beginning. With the popularity of the Power Universe, Quincy is still rising to fame, and she is off to more incredible places.

Hope Quincy’s Tyler’s Wikipedia-bio helped you know her much better.