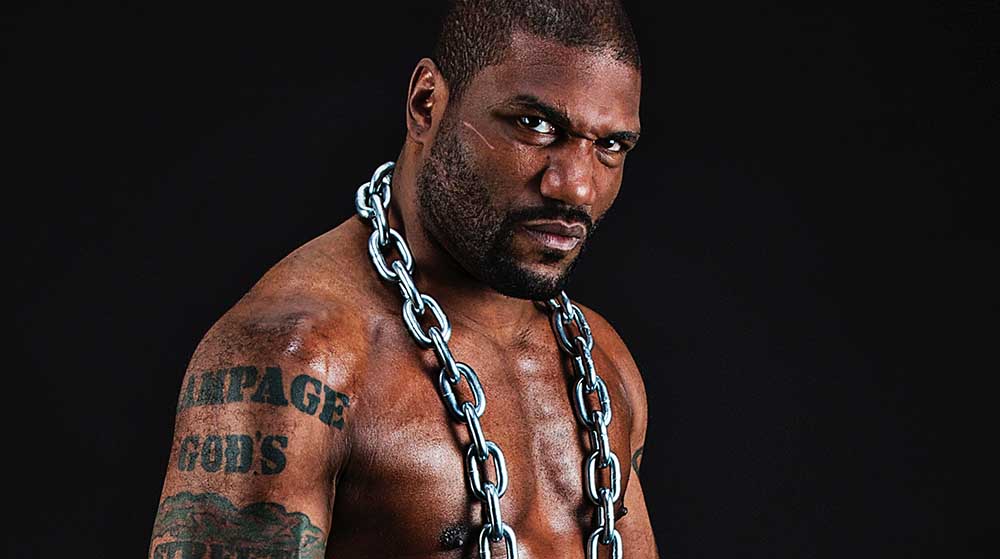 Quinton Ramone Jackson, AKA ‘Rampage’, is a professional mixed martial artist, an actor, and a retired professional wrestler of American descent.

His unconventional mannerisms and fighting techniques have made him a global curiosity. In fact, when he was in Japan during a Pride FC tenure, Jackson garnered popularity because of these characteristics.

Quinton has been credited with bringing MMA into the mainstream of sports. Years of dominating the ring have earned him titles such as the UFC Light Heavyweight Championship and the Pride Middleweight Championship. Find out interesting facts about Quinton in this review.

Who is Quinton Jackson?

Quinton Jackson was born in Memphis, Tennessee. He endured a lot of hardships as a child. From a tender age, Quinton was indulging in drug dealing activities and getting into street fights.

His father, a drug addict, vanished at one point when Jackson was just ten years old. He, however, reappeared in 2003 when his son had already become an adult.

Quinton’s passion for combat sports was kindled when he was in high school. He excelled at wrestling and represented Raleigh-Egypt High School in all-state competitions.

Jackson came in the fifth position in a state tournament during his senior year. In exchange for karate skills, Quinton taught his friend Jacob Noe, a fellow Bellator Light Heavyweight, wrestling techniques.

Merging these two fighting methods would eventually lead him to become one of MMA history’s greatest fighters.

Jackson switched his career lane from wrestling to mixed martial arts. This was after being fascinated by MMA fighters.

He tried his hand in this field and did remarkably at the beginning of his career, attaining an impressive record of 10 wins against one loss.

Soon, his reputation soared as many people began to recognize him as the fighter who lifts his opponents in the air and slams them hard on the mat.

Quinton Jackson’s debut fight in UFC was against Marvin Eastman. He won the fight via KO, starting his UFC career on a high note.

Jackson has had success in the film industry. He has been featured in notable films such as ‘The A-Team’ and ‘Vigilante Diaries.’

How old is Quinton Jackson?

Quinton was born on 20th June 1978, which indicates that he turned 42 years old this year. Interestingly, people born in June tend to be eccentric. This rings true when it comes to describing Jackson.

Net Worth and Source of Income.

Quinton generates his income from varied ventures. His bouts in the ring and screen appearances have amassed plenty of wealth for ‘Rampage.’ Details about his salary have not been disclosed yet. Quinton Jackson reportedly has a net worth of $12 million.

Quinton Jackson was once married to wife Yuki Jackson.

MMA fighter Quinton filed for a divorce recently, citing irreconcilable differences. The couple parted ways in 2006 when Yuki found out that her husband had fathered a child outside their marriage. They later reconciled, only to split up again after three years.

Quinton has four children; D’Angelo, Naname Nakia, Raja, and Elijah. Fascinatingly, all these kids have ‘Rampage’ as their middle name.

Quinton’s wild traits have amassed a plethora of fans over the years. On Instagram, Jackson has a total of 588,000 followers.

Through this platform, Quinton can interact with his fans and share his life experiences. You can easily catch a whiff of his hilarious persona on his page. One post has a shirtless Rick Ross tagged as ‘Thick Ross.’